Krusty’s Korner: The Way It Is

MotoOnline's resident clown has his say on pressure, WSBK, MotoGP, ASBK, Facebook and everything in between... Krusty is a big fan of the on-track action Moto2 has boasted during 2010.

Don’t you love it when you get put under pressure to perform? Whether you are a professional motorcycle racer, an executive in a corporate world, an actor in the adult film world or a lowly wannabe journo who needs to come up with something funny in an instant, because the plan was to showcase someone else this time.

I had a plan for something different for this blog, but unfortunately it didn’t happen. I guess there is always next time.

Not a great deal has happened in the world of motorcycle racing since my last rant, but I guess the most surprising, as well as the most expected, is Yamaha’s decision to have a completely new line up again for the 2011 World Superbike season.

James Toseland is out on his butt after a less than spectacular season, and Cal Crutchlow is replacing Ben Spies at Tech 3 in MotoGP.

Back on topic, I think this is Yamaha’s fourth year where they have replaced both riders. Although, you cannot blame riders like Spies departing for other opportunities.

Ducati’s decision to remove the factory team from WSBK came as no shock to me to be honest. The resources they are going to have to allocate in MotoGP to keep Valentino Rossi happy will be ridiculous.

Back on home soil, there is some talk about the tyre situation at Phillip Island’s Australian Superbike round, where there were issues with tyres blistering before the end of the race. Nobody likes having this happen, but I think what people need to understand is that there is always going to be a very fine line between performance and durability.

Now I freely admit that I was not at Phillip Island to witness this first hand, but I have had plenty of experience in this matter over the years of my career. My perception was always along the same lines – “give me a f***ing tyre that grips like a qualifier, and lasts 20 laps”. That shit just doesn’t happen guys!

Phillip Island is a known tyre killer. It always has been and always will be. The load and heat generated on the left side of the tyre is brutal. The only place I could think of that would be worse is Daytona in the USA.

Anyway, the best way to put this to bed would be to trust the advice given to you by the tyre techs. They know more about the tyres than we do, regardless of how smart you think you are.

All I know is that if I crack the gas wide open, grab the front brake and dump the clutch, it makes a good show, a lot of smoke and I get slapped with a fine…. Stupid official bastards – jokes!

So, with not a lot of actual racing happening recently, I have been catching up with all my overseas friends on Facebook. Now before you start hanging shit on me, I bet just about every one of you that reads this has one.

Maybe you don’t spend hours a day on it, but I think it’s pretty cool. It does have its addicting setbacks though, and my fiancée keeps calling me a gamer nerd because I play a bunch of games on there as well.

I think there are some people with serious Facebook issues though, one of whom happens to be my brother who seems to think that it is a good idea to browse through my page and start adding all of the hot girls to his page…. ;-)

There are some benefits though, which is where some of my new ideas for this blog come from. I get the opportunity to have a chat to some big names in this sport, which I usually cannot just pick up the phone and call (especially when I am hammered, because I just do not make any sense when I am talking Braille).

Back to racing, MotoGP heads to Spain yet again this weekend, and we will have to witness yet another boring race. Seriously, I am a motorcycle racing fanatic, it is in my bloodstream and I live and breathe it, but I am getting pretty pissed about the procession that the call the greatest race on two wheels.

We are almost at the point where they will replace the riders with bloody robots. At this point I am thinking of leading into a Pedrosa joke, but umm, nope – got nothing!

The biggest killer of entertainment is technology. All these electronic aids are just bullsh*t. I, for one want to see smoke pouring off the tyre, riders throwing the bikes around and making it actually look like they are riding them hard. Don’t get me wrong, I am in awe of the skill and talent of these guys, but the race is just plain dull.

We need to sit back and have a serious think for a second. Ask yourself this question. What do you get if you have semi-prototype bikes, with controlled engines, and next to no electronic aids? The answer… Moto2.

Now that is a class worth watching. That class is what makes a better rider out of you, and I believe it even excels World Supersport from about seven or eight years ago.

On the topic of Moto2, the world was deeply saddened with the loss of Shoya Tomizawa at the previous round. He was such a great rider and character that the world will be a lesser place without him. Rest in peace Tomizawa-san, you were a great asset to our world and you will be sorely missed.

Enough from me for now, time to have a quiet lemonade and check my Facebook… 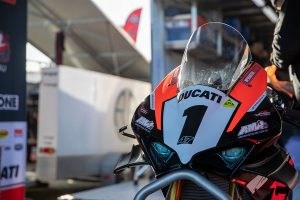