Aussie Moto3 contender hopes to rebound after a disappointing end to his France weekend a fortnight ago. 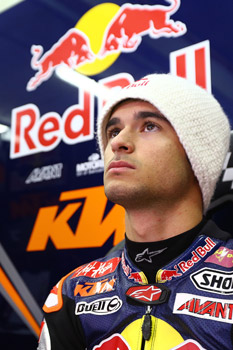 Red Bull KTM Ajo Aussie Arthur Sissis is targeting a solid finish within the top 10 at one of his favourite circuits on the MotoGP calendar this weekend.

Mugello in Italy marks a return to the site of one of his most memorable wins during his successful Red Bull Rookies Cup campaign.

Sissis was a non-finisher in his first world championship outing here last year, however, and is eager to put that result behind him with a strong run at the Tuscan track.

“I really like the circuit,” said Sissis. “I won there in the Red Bull Rookies Cup and I went well in the race last year, my first year in the World Championship.

“Besides, I really enjoy the time in Italy and the circuit is in a very pretty area.

“I sincerely believe that this is one of the best circuits in the world, because it has everything: Climbs, descents, many chicanes and fast and slow corners. It’s very fun.”

A disgruntled Sissis left Le Mans lamenting a soft setup that rendered him unable to attack in the mixed conditions. He finished 13th after struggling to a 19th place grid position in qualifying.

He sits one position outside of the top 10 after four starts, earning 19 world championship points for his efforts thus far.