Aussie Superbike star struggles in Scotland but hopeful of a turnaround in near future. 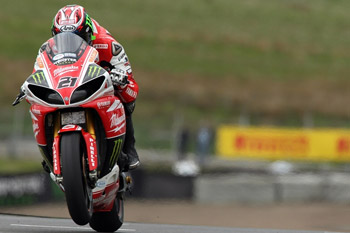 Aussie British Superbike Championship (BSB) contender Josh Waters was left downcast after his Milwaukee Yamaha Superbike team endured what it has labelled its “worst weekend of the year so far” at Scotland’s Knockhill circuit.

Waters and his experienced teammate James Ellison both faced a struggle for setup in qualifying, with small problems exaggerated due to the nature of 2.064 kilometre track which takes just over 49 seconds to lap.

Waters missed out on the second qualifying session by a narrow margin, forced to start the first race on Sunday from 19th on the grid.

Despite a positive outlook there would be little to take away from the weekend for the Australian rider to soldiered to 19th in race one and retired from race two, hampered on both occasions by various setup problems.

“It really has been a tough weekend for me and although we have worked through some changes to try and help it just hasn’t come together,” said Waters.

“I obviously feel disappointed for the Milwaukee Yamaha team because we were hoping that this weekend we could turn things around to give us a bit of a boost.”

The 2012 Australian Superbike Champion is hopeful of addressing some of the issues from the weekend in an additional on-track test ahead of round five at Snetterton.

“Hopefully we can test before Snetterton again as we want to be moving up the order as it is so important now to be scoring good points to try and make the Showdown,” he said.

Waters sits 17th on the BSB standings after eight races.