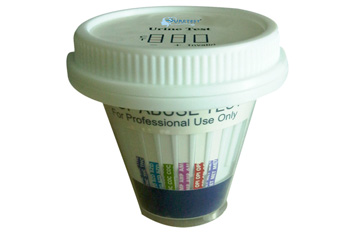 Motorcycling Australia has passed its 100th negative result from as many tests as part of its crackdown on illicit substances.

A testing program that screens for illicit substances in national-level motorcycle sport has passed its 100th negative result from as many samples according to Motorcycling Australia (MA).

The SureTest CupLab screen tests were first implemented at the World Superbike round at Phillip Island in February, and have been rolled out across other disciplines in the months prior.

The testing process has been undertaken by MA to ensure both rider safety and develop a greater awareness of the topical issue of banned subtances, including performance-enhancing agents, in sport.

“A rider’s safety at an event is paramount to Motorcycling Australia and all individuals involved in an event,” said MA chief executive David White.

“Motorcycling Australia takes great pride in the step forward taken, improving the awareness of rider safety and demonstrating a proactive approach to the issue of drugs in sport.

“Motorcycling Australia welcomed the enthusiasm of riders to be involved in the testing program.”

The SureTest CupLab screenings will continue at all national-level championship meetings for the remainder of the year, as well as selected state events.