Local government believes the concept can be duplicated and turned into a successful world championship. 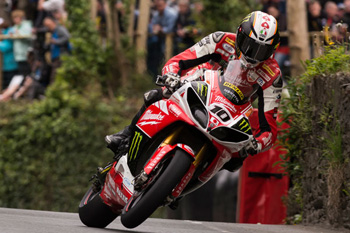 The Isle Of Man TT could be expanded to encompass a world series of races.

The rights holders of the Isle of Man TT Races are exploring the possibility of conducting a world series of the road race events following the first stages of a feasibility study.

The initial research phase saw a specialist sports consultancy review suitable venues, commercial contracts and income opportunities, marketing and promotion, safety and risk management and logistics as well as the involvement of manufacturers and teams.

The Isle of Man Government Department of Economic Development is behind the push to expand the TT Races which have run since 1907 and attract 40,000 visitors on an annual basis, as well as a television audience of over 23 million.

The next step will be to seek out a commercial partnership that will allow the concept to unfold, including the appointment of a promoter to manage operational aspects of such a significant global venture.

“We have re-established the TT profile worldwide and are now ready to capitalise on the brand’s strength by working with an external partner to take the event to the next level,” said Laurence Skelly, Isle of Man government department of economic development representative with responsibility for motorsport and tourism.

“We have already received positive feedback and interest from a number of international partners and potential hosts who believe in the concept of a TT World Series.”

The Isle of Man round would remain the central focus of such a series, and understandably so – the event delivers in excess of $40m (AUD) to the local economy and well over $2m (AUD) in gross commercial revenue.