WNR Kawasaki to focus on Formula Xtreme FX600 with Gobert

WNR Kawasaki has announced that it will focus on Forumla Xtreme for the remainder of 2012. 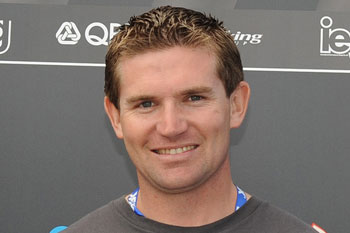 WNR Kawasaki has announced that it will focus on Forumla Xtreme for the remainder of 2012, entering Aaron Gobert in the FX600 series.

The Warwick Nowland owned team will join the championship at the next round of the Australian FX-Superbike Championship to be held at Queensland Raceway on 20-22 July.

Gobert will make his debut in FX600 following a number of successful stints in Formula Oz, and looks forward to taking on Yamaha Racing Team.

“The Yamahas will be fast – I know what they are doing after riding a similar bike in 2010 and 2011,” he explained. “But on paper, the Kawasaki should be faster. I reckon we can get the ZX6 going really well.

“It’s a new bike but we have the right people involved and we have a few tests before Queensland. I’m looking forward to it.”

Gobert is scheduled to make his debut on the ZX-6R in FX600 guise in a test at Sydney Motorsport Park (formerly Eastern Creek) this weekend.

The team will also continue to field Richie Leech in the FX-Superbike category aboard a ZX-10R. Catch Nowland and Leech on Friday, 1 June at 8.30pm on SPEED’s Inside SPEED program with Grant Boyden.