Multiple world champion Max Biaggi announced his retirement from the sport this week in a press conference at the Vallelunga circuit. 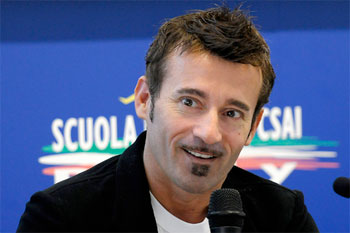 Italian Max Biaggi will retire with six world championships to his credit.

Multiple world champion Max Biaggi announced his retirement from the sport this week in a press conference at the Vallelunga circuit on the outskirts of Rome, where the 41-year-old first began his racing career.

After winning his second World Superbike crown one month ago at Magny-Cours (the sixth world title of his career), the press conference convened at the start of this week by the Italian rider was surrounded by considerable speculation about his future.

But in an emotional moment Biaggi announced he had decided to hang up his leathers and helmet for good following an illustrious and ultra-successful career.

“I really wanted this press conference because today is an important moment for Biaggi as a person,” Biaggi said. “He abandons this world as world champion, a man of sport, to make way for a Biaggi that maybe very few people know really well.

“I chose Vallelunga because everything began here for me. It began by chance many years ago, a sort of magic world for a young guy who had absolutely nothing to do with the world of bikes, but then something sparked off in me and afterwards it became a dream that has taken me a very long way.

“All of my life in the last 20 years has been part of a very contorted world, full of joy and difficult moments, ups and downs, but what made the real difference was the passion that has pushed me towards always giving my best and my all.

“This passion for racing has taken me onto some great achievements. I have had many companions along the way, but one that truly stands out is Aprilia, with whom together we have written some important chapters in racing history. It was true love!

“We got together, we left each other, we hitched up again… And for this reason it is right and I am happy that I am retiring as world champion with Aprilia.

“It wasn’t an easy decision to make, and last night was the longest night of my life. For sure nothing will be the same as before but I am serene because it was a decision I wanted to make, not one I was forced into making.

“In any case together with Aprilia we are discussing about a project in the not too distant future and I hope I will be able to give you some more information soon.”

Biaggi started his international career in 250GP at the relatively late age of 20 in 1991, but by the end of the following year he had notched up his first race win at Kyalami in the same category.

He continued to race in 250GP until the end of 1997, taking four successive title wins, and was then in 500/MotoGP from 1998 until 2005, a category in which he won a total of 13 races without ever taking the overall championship victory.

After a year away from the sport he switched to World Superbike, immediately winning his first race in Qatar in 2007. A further 20 victories, the last one of which at the Nurburgring this year, together with two world championship titles followed in a career that has seen the Italian cement his place as one of the legends of world motorcycle racing in the last two decades.