Wayne Maxwell writes about his start to the new ASBK season after switching to Suzuki in 2013. 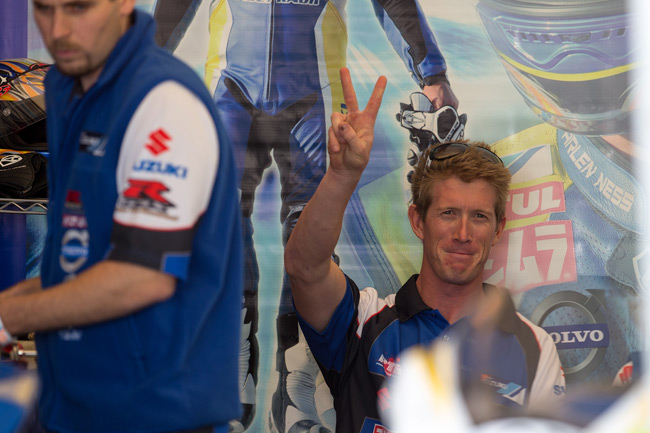 It’s been a massive change to join Suzuki for the 2013 season. They’ve been my opposition for all those years and to finally join their powerhouse team has been great, the transition has been really easy. They’ve made me feel welcome which I appreciate. I’ve obviously known Phil and Lynne for a long time and they’re very easy to work with.

I knew the strong points of the Suzuki so I knew I’d be fairly comfortable. It’s easy to see the potential of the bike and there’s still more to unlock on the higher speed tracks like Phillip Island. A lot of it had to do with the Dunlops. To do one fast lap can be easy, but to do a string of them around a circuit like that is hard so that’s full credit to the guys at Dunlop and Suzuki for making the bike work.

We can be pretty happy with our performance at Phillip Island because there were so many changes going on. The new surface was constantly changing but from a bike point of view we were also changing so many things. For us it was basically a big test session to collect as much data as we could and try as many parts as possible so I understood the bike better and the team came away with a better understanding of me.

We couldn’t have hoped for a better result there. It’s tough because if it was a championship event we would have taken away 51 points. That would have been a perfect start. I don’t think anyone would ever get upset with pole and both wins. We knew that it wasn’t a round though. Glenn, Jamie and Hooky weren’t there and if they were there the competition would have been a little bit higher. I was able to compare my times to the World Superbike guys and I was pretty happy in that sense. 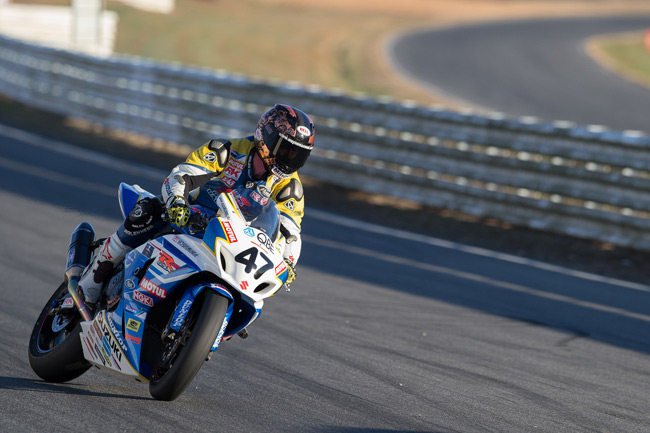 Tasmania was the strongest result I’ve ever had for the first round of the championship. To kick things off in second place is great, I couldn’t be happier with that result. We’re going to go away from there having learnt a lot. The team worked with me on improving the bike and it’s good to be on the same level of understanding in that sense.

Glenn was dominant in Tasmania, there’s not really another way to describe it. In saying that, I’d be disappointed if I had to follow him around like that all year. We’re in a good position and we’ve had a solid start to the season. We’ve gotten lots of experience under our belt, a lot of good points and are looking forward to a really competitive year. It’s going to be close this season, probably one of the closest in years. There are at least five guys in the field that can be race winners, maybe more. It’s a good thing for the ASBK and I really hope it can lead to more people sitting up and taking notice of the sport.