In today’s Race Recap we dissect Broc Parkes’ 24-hour marathon slog at the Bol d’Or and find out how he managed the unique challenges this iconic event presents. 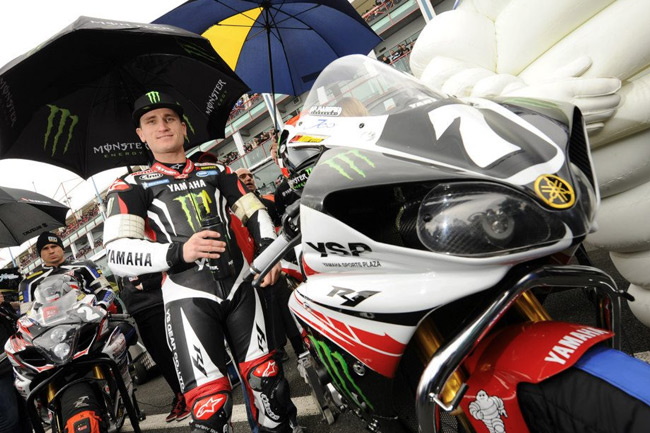 Broc Parkes on the grid ahead of his first Bol d’Or start with the Monster Energy Yamaha Austria Team.

You’ve accomplished so much in World Supersport, how did it come about that you joined up with Yamaha to spearhead their WEC campaign while contesting the full season of the FX-Superbike Championship at home in Australia?

I was actually in negotiations with Yamaha at the time, and was working towards a cutoff date. The Yamaha Austria team manager just rung me up part way through and offered me the ride. He’d been watching my career for a bit and knew that I was free. It actually worked out really well because it meant I would be on a Yamaha here and a Yamaha over there. Originally I’d looked at the dates and I think one of the rounds clashed as they’d asked me to do the full WEC season. I don’t know which dates ended up changing but when I looked at it again I worked out I could do all four rounds.

How much time did you actually get on the YART bike given that the weather wasn’t at its best when the team attended the scheduled tests at Magny-Cours.

We went over there for four days of testing. The first one Josh Waters was there, which was good, though we didn’t get as much track time in as we needed because it rained on the first day and even snowed a bit on the second. In the second part of the testing phase it rained again and it was only on the last day that we got any considerable dry track time in. It’s not really the amount of testing we’d hoped for but with a variable like the weather you can’t really change that.

Did you need to any specific preparation to get ready for the endurance format?

Not really, I’ve been doing a lot more fitness training this season, and have already been riding a motocross bike a lot more than I normally would. Training-wise I’ve worked on strength a bit more, going from Supersport to Superbike I think I need to be a bit stronger. I never really did anything on the strength side so that was the main difference.

You were chosen to start the race, which is a great vote of confidence from the team. How did you find the start given it’s been some time since you’ve done anything like that?

Yeah I started the race, and finished, so that was good. It was definitely something I had to get used to. Being in Australia and racing here and then going overseas and doing the completely different start was something I had to really think about but I found it alright. I got a pretty good start to the race and felt pretty comfortable on the bike. I’d done it years ago, the Suzuka 8 Hour in 2000, but it was definitely different.

You swapped riding roles with Sheridan Morais and Igor Jerman on a regular basis. Talk us through your stints on the bike.

I did 12 stints, a couple of them were a bit longer to fit to the team’s race strategy. They wanted to to try to stop Suzuki’s charge so they wouldn’t catch us. Each was 50 minutes in length, and those last 10 minutes of each were killer. In the 21st hour they asked me to do a double, and I was in a world of hurt, I didn’t think I could do it. But the team had offered me a better bonus scheme to do the extra stints so I just kind of gritted my teeth and did it. 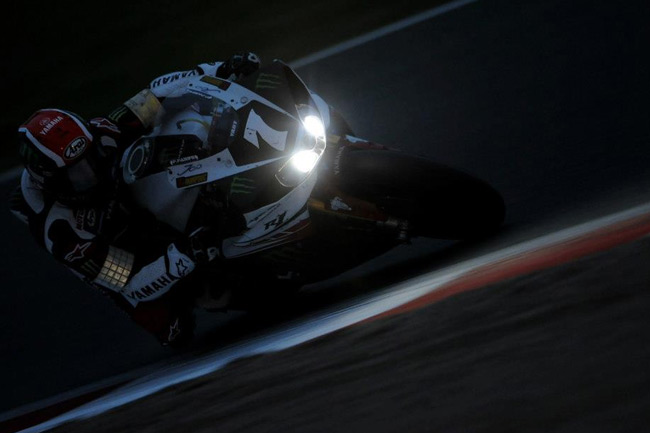 What did you do when you came back in and handed the reins to your teammates? Was there any specific recovery procedure you followed to keep yourself warm and in the right condition for your next stint?

We had a pretty good setup at the team, we had masseurs and everything working on us. I had a little sleep at seven o’clock in the morning, and then at nine I got in another sleep. Because it was so cold, you just wanted to get back to the truck and get under a blanket. Before long they [the team] would come and let you know it was almost time to go, do a quick massage and get ready again. I thought there would be more time but it went really quickly. Every time I heard someone coming up the stairs I was hoping it wasn’t someone coming to tell me there was 10 laps to go!

Second is an excellent result in your first race for the team and first attempt at the Bol d’Or. Are you enjoying being part of the team for their full WEC program?

Yeah it was much more difficult than I first thought. I knew it would be tough but not like that. It was good to be called on to do the double stints, and I was happy to be able to do the best times. I’d love to do that race again, that’s for sure. The next two events are the eight-hours’, and Le Mans is 24-hours but they say it’s a little easier. Magny-Cours is just such a demanding track. I’m hoping the next events will be a bit easier but you never know.

You’re back home now, and in a week you’ll be back on the R1 for the third round of the Australian FX-Superbikes at Wakefield Park. You’re riding the same model of bike for both championships – just how different are they when you switch between them?

The difference is night and day, really. Over there [WEC] you’re on a full-spec bike with Michelin tyres. Here, it’s the production-based R1 on Dunlops. They’re both an R1 but it’s hard to compare the two. In saying that the team here is super-professional and I’m really pleased to be able to be racing for them. I come back here and take a little bit to get used to the difference but I’m confident we can keep building on our FX results after our first win at Winton.