CycleOnline.com.au catches up with Mike Jones after the second European Superstock 600 race of the season at Assen.

After a handful of wildcard entries in 2012, Australia’s Mike Jones has made the step to a full season in the European Superstock 600 Championship, a nine-round series that is on the support card with the World Superbike Championship.

Jones joins the Agro-On Racedays Honda team aboard the Honda CBR600RR for 2013, quickly coming to grips with the bike despite a delay in receiving vital suspension parts.

CycleOnline.com.au caught up with Jones after a challenging weekend at the Assen TT Circuit in the Netherlands. 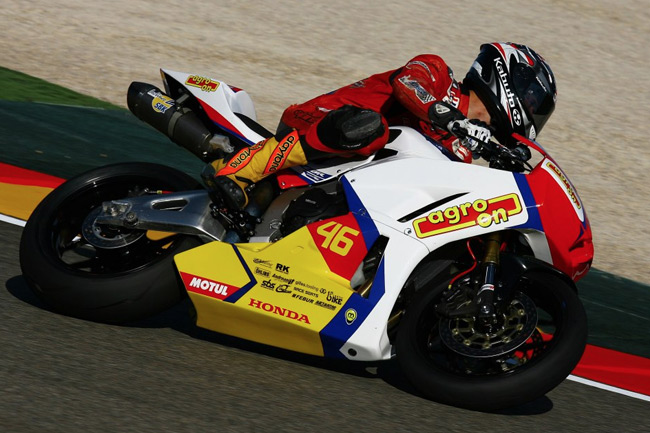 Mike Jones is eager to build on a difficult start to his European Superstock 600 campaign, hampered by a lack of testing time.

What were your initial impressions of the Assen circuit and was it difficult to learn given the weather was so bad on the opening day?

At these races we only ride the Friday and Saturday, which didn’t work out too well for us. Friday was really bad. The morning started off drizzly so we ran wet tyres on the bike but the track dried up enough and it was just that the tyres went of really quick on the wets while still not being suitable for the dry tyres! Still, it was good to get to learn the circuit, it was nice and fast and flowed very smoothly which is something that suits me.

The Superstock 600 class only has the one practice before going straight into qualifying. It was wet again for this session but just how hard was it to try to push for a good lap when you didn’t really know how the bike would respond?

Yeah, our second session certainly didn’t go to plan. Straight up we go into the 45-minute qualifying, and it was raining a lot and very cold. We had the wets on again for that but something really strange happened to me. I was on my out lap, and only made it to the fourth corner before I fell off. I was taking it really easy, going slow and steady and getting ready to gradually build up my pace so I’m really not sure what could have happened. It was a slow high-side crash, I was only in second gear at the time. They red-flagged that session straight away.

You were obviously relieved not to be injured but does a crash in those circumstances dent your confidence? It must be hard to piece things together if you’re unsure of the cause?

I managed to get back to the pits on the bike and they fixed it up a bit so I could go back out but the conditions were getting worse. I just had no confidence on the bike after the crash, especially not knowing what had caused it. There are 30 or 35 bikes in the field and I think there was around 20 crashes and four red flags in total.

I’m not sure if it was a combination of the track being both wet and too cold, or whether there was something on the circuit. It just wasn’t normal for so many crashes. I came back in shortly after, the chances of crashing again and wrecking the bike or causing myself an injury were just too high at that point. 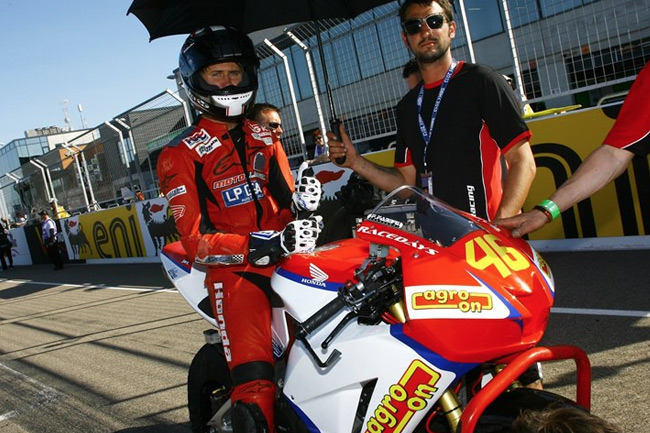 Jones will come on in leaps and bounds once he has a feel for the bike and the new componentry.

The conditions were better on race day but you were still left with very little useful track running to go on. How did you fare given the red-flag stoppages?

The race was really difficult. We had two starts because of crashes. I got a really good start in the first one, from 17th on the grid I was up to about 13th by the first corner. There was a crash on the exit which meant I picked up a few more places but they quickly red-flagged it because I think there was some fuel or oil on the track.

The temperature dropped a bit for the second part of the race, it probably didn’t start until around 6.30pm which was a bit later than planned. I got a good start again but there was another crash in front of me. The first corner is on the right and I was out wide on the left so the rider ended up sliding right in front of me. I couldn’t turn and had to stay well away which baulked me and meant I lost a lot of places. I think I was back to around 22nd after all that.

I tried to find some sort of rhythm but I was having a bit of a problem with the bike as well. It was something to do with the quick shifter, the power was being cut to the bike intermittently when I was changing gear which made it difficult to really get going. I think there was one lap there where everything went right, that ended up being my fastest lap of the weekend so it just shows how little things can really slow you down.

Do you feel like the team and bike have made progress after two rounds? It seems as though you’ve yet to have the chance to show your actual capabilities.

Look there has been progress but it’s just not been at the right time. We went to Assen with a brand new motor and brand new suspension, and I really didn’t get a chance to get any kind of feel for it until that half-hour qualifying on the Saturday. Then it was just straight into the race. It’s not really enough time to get used to such a big change.

It’s probably not gone to plan. The parts we’ve needed are arriving late, and we’re running the 2013 CBR model which means it’s quite difficult to get the parts to begin with. We’ve done most of the testing on the race track and it’s not much time to get things sorted. 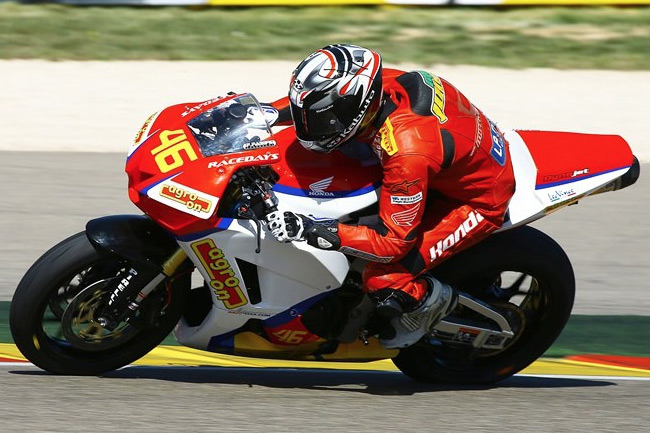 Jones feels the transition from Australia to Europe is relatively simple, identifying grid sizes as the biggest challenge.

Looking ahead, will you have the chance to test the bike and the new suspension again before the next round?

There are less than two weeks until Monza now and at this stage I’m not one-hundred percent certain whether we have a test planned. I’ve asked the team if we can try to get this testing time in because the time frame and the lack of testing of new parts is really costing us on the weekend.

Looking at the transition from Australia to Europe, has it been difficult for you or has the time on our Supersport bikes made the move easier?

I’ve raced Supersport in Australia and there isn’t too much of a step up to ride the Superstock-spec bikes here. There’s no real change in power or anything. The bikes are quite standard, with no changes to the motor apart from the tuning which is allowed. The suspension is similar, you can change the fork internals and run a whole different rear shock unit, but I’m used to that.

It’s a natural move, a natural progression from Australia to Europe. The main thing to get used to is the size of the grid. The grids are always full, with over 30 riders. And the guys I’m racing, from the front onwards, are separated by less than two seconds. It’s not a massive gap so that’s when you really need to be on top of the bike setup