Aged 18, Arthur Sissis finished his second year in Moto3 recently at Valencia. After 17 races, the Australian concluded the season in 15th place with 59 points. Sissis leaves the Red Bull KTM Ajo team for whom he has ridden for two seasons, and takes the chance to thank them for the experience.

You finish the season in fifteenth position with 59 points, with a sixth place in Indianapolis as your best result. How would you describe your 2013 season?

The 2013 campaign was not a great season for me. It’s difficult to summarise and explain, because there was a bit of everything. I had some good races, but also a lot where we expected much more of ourselves. As a final assessment I would say that I passed the test, but I’d only give myself a five out of 10. 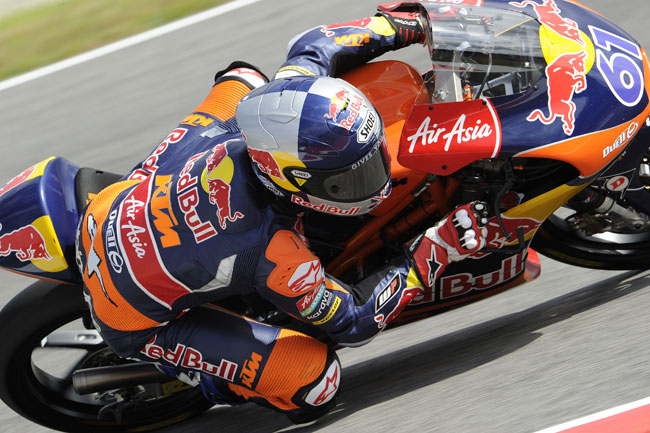 It seems like it was not the season you expected. Why was this?

To tell the truth, I don’t know. I think every grand prix has been an isolated experience. There has been no general trend that has repeated itself, race after race. At some races we did not find the perfect setup, suffered a crash or were hit by another rider – at the beginning of the season we took too long to adapt my riding to the new bike.

It’s strange, because this year we had circumstances that were contrary to those of last year. This year we have performed worse in the races than in practice.

So you think that it was the race days that let you down?

It might be that way, the opposite to last year. In my first year I had better performances in races than in practice. In contrast, this season, in every race I was slower. To be specific, where I failed this year was on the opening laps, where with the new tyres I haven’t been able to push and shave off the second from our times needed.

As the laps went by, I was riding at the same pace as the frontrunners –but by then they were too far away to catch.

Which was your best race of the 17?

Without a doubt, Indianapolis. For the first time in my world championship career I led a race for two laps – I’m only sorry that it was not for 20 [laughs]. Think it was my best GP of the year, I was very happy and it was a good way to start the second half of the season.

And which was the worst?

Probably Mugello or Valencia, because at no point during the weekend did I feel comfortable. They were two circuits which stifled me. 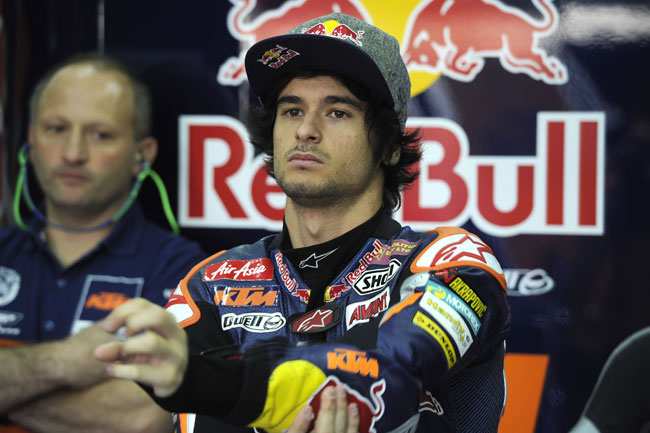 Sissis had little to smile about this year, but his highlight was leading at Indianapolis.

What do you think about this year’s Moto3 World Championship? Was it the most competitive season that you’ve contested?

Yes, this was my second year in the Moto3 World Championship and the level was much higher. Last year was the first season for this new category and everything was new for all the factories and riders. It helped me to learn a lot. This year people are already going much faster at every circuit –especially the front group.

Did you feel more pressure than last year?

The rookie year is always very difficult, because you have to learn all the circuits, especially if you are on the factory team, the best team possible. In my second year there was a little more pressure, because nothing was new to me.

I had hoped to do better because I knew the circuits and had a year in the bag, but everyone else also had a year’s experience and also took a step forward. That’s why it was hard.

You finish your spell in the Red Bull KTM Ajo team. What did this time meant to you?

These have been two fantastic years of my life. I made the jump straight from the Red Bull Rookies Cup to the KTM factory team 2012, alongside a world champion, Sandro [Cortese], from whom I learnt a lot. I also had this year with Luis and all the companions I had in the garage.

Red Bull KTM Ajo is like a family. This will be a big step in my career, because the three years in the Red Bull Rookies Cup and these past two seasons have been like the same stage for me.