Anticipation is huge heading into the 2014 Superbike World Championship and the opening QBE round at Australia’s Phillip Island from 21-13 February and with good reason.

Further, fans will be treated to a batch of top-shelf riders from domestic and MotoGP ranks, as well as the introduction of the new EVO class.

The 27-bike grid in 2014 is a mix of seasoned campaigners with 67 WSBK race wins between them and exciting new blood.

Also continuing with Kawasaki for another year is Spain’s Loris Baz on the ZX-10R, while the squad has added a third rider in the form of David Salom on the new EVO bike – a nod to 2015 when EVO rules will become standard across the board. 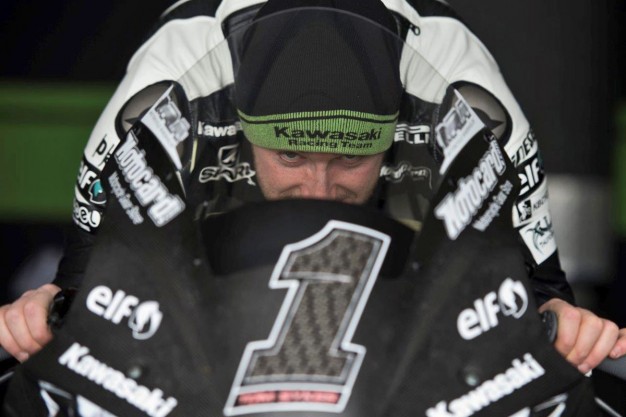 Honda continues with Jonathan Rea and Leon Haslam aboard the CBR1000RR, while Aprilia has added ex-BMW rider, Italian Marco Melandri, to its line-up creating a formidable Italian/French alliance with Sylvain Guintoli on the RSV4 1000.

Laverty’s switch to Suzuki from Aprilia came as a surprise to many after he scored an impressive second in the championship in 2013 and a win at the Phillip Island opener. Melandri took Laverty’s Aprilia seat, forced to find a new team when former employer BMW Motorrad disbanded its factory team for 2014 after five years in the championship.

Spaniard Toni Elias, the 2010 Moto2 World Champion, can also still be considered a WSBK newcomer, after he only competed in the final four rounds of 2013. He returns on a full-spec Aprilia in 2014.

Meanwhile, iconic Italian brand MV Agusta – the one which helped guide Giacomo Agostini to motorcycle racing stardom – will be on the 2014 WSBK grid, with 2013 Moto GP rider Claudio Corti the team’s sole rider on the F4 1000 RR.

The team will be run by the Russian Yakhnich Motorsport, the astute outfit which guided Sam Lowes to the 2013 WSS title. Corti has some cunning as well: he was a Moto2 podium finisher in 2012 before stepping up to MotoGP in 2013 on an uncompetitive CRT bike. 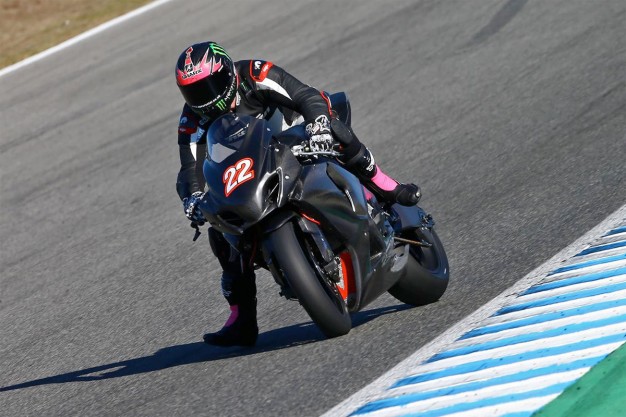 Erik Buell Racing becomes the first American manufacturer to compete in the WSBK title since its inception in 1988, and the two home-grown riders will be 30-year-old Aaron Yates and 33-year-old Geoff May. Yates hardly requires any finishing touches, having been a four-time American road racing champion in the supersport and superstock ranks, as well a perennial contender in superbike, where his best result was second overall in 2003. Yates and May will race the 1190RX in full world superbike-trim.

EVO is new for 2014 and will be a sub-class of WSBK and compete in the same races – much like CRT bikes have done in MotoGP. The category, with its superbike-spec chassis and superstock-spec engine regulations, is designed to bring down costs and attract more competitors to the championship.

12 of the bikes on the entry list are EVO-spec, and riders include Italian hard-charger Michel Fabrizio as well as former WSS fast men Fabien Foret, Sheridan Morais, Salom and Luca Scassa – all aboard Kawasaki’s ZX-10R.

Talented Italian Niccolo Canepa will also be showing his hand on a Ducati, while Frenchman Sylvain Barrier, the 2013 FIM Superstock 1000 champion, will also be EVO-mounted on a BMW, and he could be the pacesetter from the get-go.

Briton Christian Iddon was originally going to be an EVO rider with Kawasaki, but he has now signed with Bimota’s factory EVO team instead, where he will partner Italian Ayrton Badovini under the Bimota Alstare Racing banner. The pair will race the all-new BMW-powered BB3 machine, but are awaiting homologation approval to kick off their 2014 campaigns.

Bimota was a founding marque in WSBK way back in 1988 with Davide Tardozzi and Stephane Mertens, and after drifting from the scene a few years later made a brief, but hapless comeback with Australia’s Anthony Gobert in 2000 – the only bright spot a race win in patchy conditions at Phillip Island. 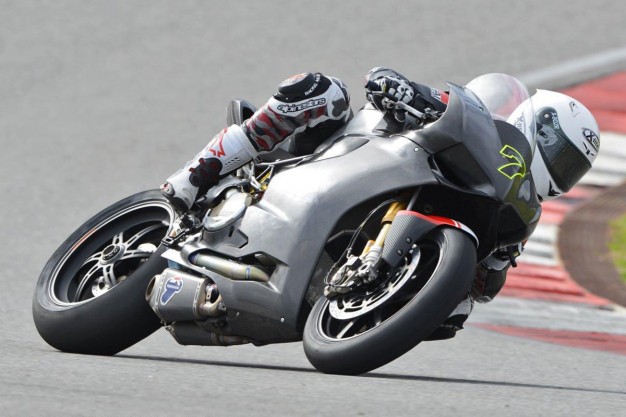 Meanwhile, the factory team that’s enjoyed the biggest shake-up over the off-season is Ducati – and that was on the cards after a disastrous 2013 for the once all-conquering outfit. Chaz Davies and Davide Guigliano are the new riders on the Panigale 1199R, replacing the retired Carlos Checa and Badovini.

Davies was Melandri’s erstwhile teammate at BMW, while Guigliano enjoyed a breakout year on a privateer Aprilia. Ducati won its last WSBK title in 2011 with Checa, and has 14 championships overall, ahead of Honda (six), Kawasaki (two), Aprilia (two) and Suzuki (one).

WSBK is on track from Friday with four practice sessions scheduled prior to two 15-minute qualifying sessions Saturday afternoon to determine grid positions for Sunday’s two 22-lap races (scheduled for 12:00pm and 2:40pm).

Bar SBK tickets with prime viewing facilities on Gardner Straight, at Lukey Heights and Siberia are $250, enabling you to move between viewing locations at any time and park your bike near Bar SBK facilities.

Advance ticket buyers can take advantage of a super deal, $99 for a three-day general admission pass, which is a massive $51 cheaper than the gate price of $150.

For further information go to www.worldsbk.com.au or call the hotline on 1 300 728 007. Bring the family as children 15 and under, accompanied by a full paying adult, are free.