Jack Miller's team boss speaks about the Aussie and more.

The Red Bull KTM Ajo team have hit the halfway stage of the 2014 preseason in good shape, with their riders Jack Miller and Karel Hanika amongst the fastest in testing.

After the second test official Moto3 test last week in Jerez, team manager Aki Ajo analysed this first month of testing with two new riders. With just over three weeks to go before the Qatar race, Ajo gives a first overview of preparations to date. 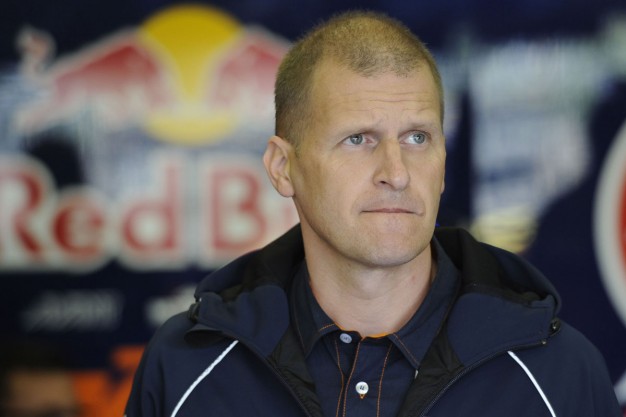 After tests in Almeria, Valencia and Jerez, what are your feelings about this pre-season?

Honestly, I think we have finished these first three weeks of training in 2014 with a very good impression. What we are very pleased with is the work KTM have done this winter. They have worked very hard, they have made great improvements and we are very grateful to them for that.

The KTM engineers have brought us many parts to try out. The scheduled test plan has been perfect. I believe that by working together we have obtained very good results, especially in Almeria and Valencia, that we continued in Jerez.

Especially this year, we have to be quite happy because we have been fortunate with the weather. In other winter tests in previous seasons it was difficult to enjoy three consecutive days with conditions suitable for riding.

The KTM Moto3 bike this year, is it an evolution of last year’s machine, or are we talking about a new bike altogether?

Yes, this KTM is a new bike, although it is true that the changes from last year are not as big as those made between 2012 and 2013. To start with it does not seem a very different bike compared to that with which we ended last year.

Nevertheless, there are many changes that are not visible, there are big improvements – especially with the chassis.

The Red Bull KTM Ajo finished the last test in Jerez with the best lap time for Miller and the fourth best for Hanika. Did you expect to start this way, or are you a bit surprised?

I thought Jack could do a great job with us and KTM, but I had not expected him to be at this level yet. I am particularly happy with his attitude, both in the garage and on track. It is very easy to work with him and get results, because he is very consistent and is always ready to put in quick laps.

As for Karel, we must remember that he is rookie and needs time. I like him because he is calm and is doing a good job. It is not easy for riders debuting in the championship to take this step.

Normally they are only focused on putting in a good lap. Instead, Karel is being very consistent, making long runs and trying to improve his feeling alongside his crew.

With these two new additions, Red Bull KTM Ajo has made a complete change of riders. Let’s talk about Jack Miller. Fans know him only as an outgoing and friendly guy in front of the cameras, but how is he inside the garage?

In the garage, Jack is still a funny guy and transmits a very good vibe to the whole group. But seriously, he is a hungry and intelligent talent who has a great future if he continues in the same way. 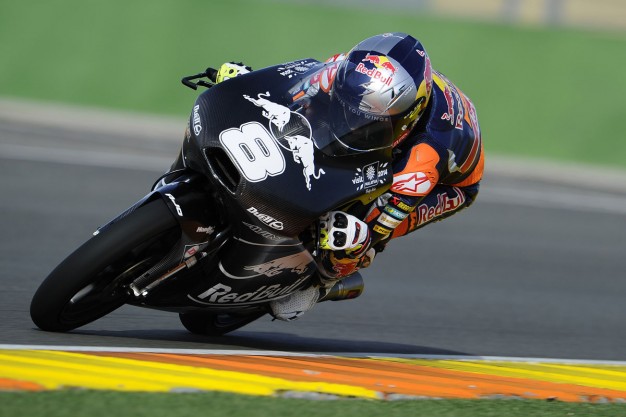 The Australian has not taken any victories or any podiums in the world championship yet; is that something that bothers you going into this season?

No, not at all. His way of working is very professional and he shows us every day that he is very grateful for this opportunity. He works 110 percent to make the most of his chance. We never think about winning races or championships, we always think about doing better.

This is an aspect that I love about this job, and which each year we have the opportunity to take a step further. For me it is one of the best parts of this profession. We trust Jack, Karel and the other riders who are part of our project. I’m sure we can have a good year.

This year there will be two fewer engines per rider and random distribution amongst riders, as well as many other new regulations. How do you think they will affect you in the championship?

I think overall it will not change much from last year. We all start from the same base. It’s true that we start the year with two fewer engines than before, but we are not worried because KTM have always worked hard on engines and have always been improving them, not only in terms of power, but also of reliability.

It seems that once again the other factories have also made a great effort over the winter. Is it too early to analyse the state of the championship?

We need competition, because it’s part of this sport, and it sure will be competitive this year. Our job is to do our best, they also will try to do theirs.

After this first set of tests, can you make any predictions for the season?

No, it’s too soon. There’s still almost a month before the first race in Qatar. Only after that race can we begin to analyse the situation.