YRT team manager on ASC aspirations and other topics.

Yamaha Racing Team Manager John Redding has guided the outfit to a host of titles at the national level of road racing.

With just days remaining until the Australasian Superbike Championship (ASC) season opener, Redding took time out to share his thoughts on what 2014 holds for both the team and the sport. 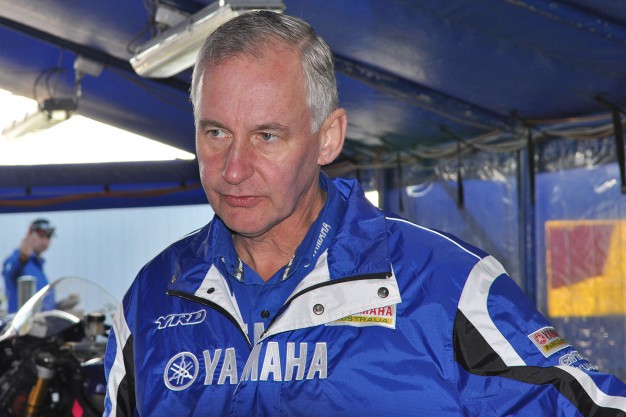 Yamaha announced its intentions to run the four R1s in Superbike trim this year, stepping away from its involvement in the other classes. Was the pre-season a particularly busy time for the team given this move?

It definitely has been a busy time for the team. We haven’t run the four riders in the one class before. We’ve had the FX-600 and Formula Oz classes, and the team’s been able to pitch in and help on race weekends if a rider has had a crash or something has gone wrong.

But this year we have the four riders up front in Superbikes, and we’ve got our work cut out for us. The team has done the hard work and we’re looking forward to seeing how that can translate this weekend.

How has the YRD support system evolved in the 600 class given the fact that the team will not field a factory Supersport machine? Do you feel like the R6 will retain its tag of the ‘bike to beat’ in this class?

Part of the reason we’ve moved away here is to allow the sole energy to focus on the R1 in the Superbike class. Also it kind of allows our best riders to come to the fore. For a few years, if they were involved with the ASC, they always had to aspire to beating the factory riders, and there was probably a little bit of a bottleneck there in some ways.

With removing factory riders from that particular class I think it has really opened it up, and given a lot more riders a chance to show their real abilities. I think it will be really good. We’ve stepped up our support for a number of riders, including Daniel Falzon, Aaron Morris, Michael Blair, Pat Medcalf, Matt Davies, at an official level.

We’re also supporting probably somewhere in the region of 10 or 15 other riders in that class, which has been very heavily focused on the R6 for a number of years. Without blowing our own trumpet we find the R6 is sort of like the weapon of choice.

All round it does a good job and of course we’re here to help those guys. Our support team go to every race and talk to these riders and try to help them.

It seems that continuity is one of the greatest factors in motorsport that bonds together a winning formula. How much a part of YRT’s success is the continuity within the operation from year to year?

I think that from our point of view, one of the most important parts of team planning and structure is one, if you’re on a good thing, stick to it, and two, that change for change’s sake alone, can be counter-productive. We’ve got a job to do, obviously the team is employed by Yamaha Motor Australia and its sponsors to do a job, which is win races and be successful, to ensure visibility for the sponsor and product.

At the same time we found from a very early time of establishing the team, that unless there was a happy operation, there was little motivation for the team to go to the races, and the results reflected that. I think continuity is very important. All of our engineers and support crew have been with us a very long time, and they mesh and gel very well.

I don’t really see us changing much, well, aside from Robbie [Bugden] who is in to replace Broc [Parkes] who is off to do bigger and better things. We generally don’t invite new people in very often, and if we do, we definitely do our homework to make sure that they mesh with our operation.

How does Robbie fit into the mix at YRT and do you feel he can be up there and challenging for the title this year?

He’s tested with us twice and he’s gone faster each time he has gotten on the bike. Certainly at the beginning of the year we had a number of riders approach us, and Robbie kind of fitted the bill in a number of ways. He is a very consistent rider, and he was known to our brand having been a Yamaha rider before. We also looked at how he would fit in with our team structure.

He’s probably not outspoken or outrageous and not looking to make a name for himself by being like that, but that’s not necessarily a bad thing. For us it’s a good thing, having someone who will meld with our view of how we go racing. And everyone’s got a different view. 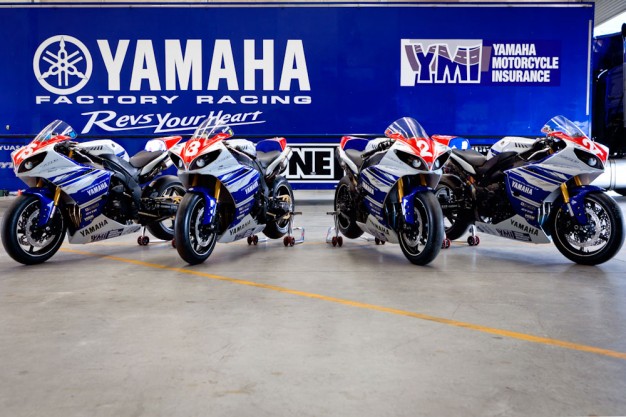 There has been a momentum shift towards the ASC for 2014 that has resulted in a greater spread of top quality riders across the fields. What are your thoughts on these latest developments and how do you feel they’ll shape the sport in the short term?

Essentially the whole of the national road racing fraternity has come across to the ASC. We welcome that competition, certainly, the more competition increases the visibility of the series and also raises the quality of the racing.

I guess in the background we’ve been trying to encourage this one series thing to happen for many years, and when the encouragement did bring Yarrive [Konsky], MA [Motorcycling Australia], Terry [O’Neill] and the AASA [Australian Auto Sport Alliance] together, well that was something we were pushing for and working towards.

But when it didn’t happen, on several occasions, I guess this evolution of Terry’s series into almost a truly international series I think has taken over as the defacto and will provide everyone with what they want. And what happens with the MA series, I really don’t know, but we’ve taken our focus, even in the support categories, completely away from the MA series.

How does the team plan for a race meeting like the one at Mallala when it has been off the national racing roster for so many years?

I think Mallala will obviously be interesting for the whole field because it has been many years, as you said, since there has been any national competition at that track. We, as in YRT, and our support guys, will be testing at Mallala prior to the event.

Obviously we have strong support for Daniel Falzon, and being a local rider there I’m sure he will have the track knowledge to help him. I think it will be exciting to bring South Australia back. We’re getting closer and closer to a truly national series, while still trying to keep it within the financial restrictions of our current economic client.

From a team managers perspective, do you feel that reaching into any further states or territories would be viable for the series at this time, or is the current offering the most that can and should be sustained?

Quite honestly, I think at this moment, that is all our industry and economy can sustain. I’m very much a staunch supporter of trying to keep the costs of racing down, whether that’s by logistics and travel, or whether it’s by the cost of racing such as the costs of modifications allowed to the motorcycles or the number of tyres per bike and rider that can be used.

All these things come into play. Anyone who is going racing and is wanting my opinion will hear me encourage them to look at these cost factors more than anything else.