Team Honda Racing made the high-profile switch to the Australasian Superbike Championship for 2014, a move that has paid dividends as its all-round package proves the one to beat. CycleOnline.com.au caught up with team principal Paul Free to chat about the move and the immense success thus far. 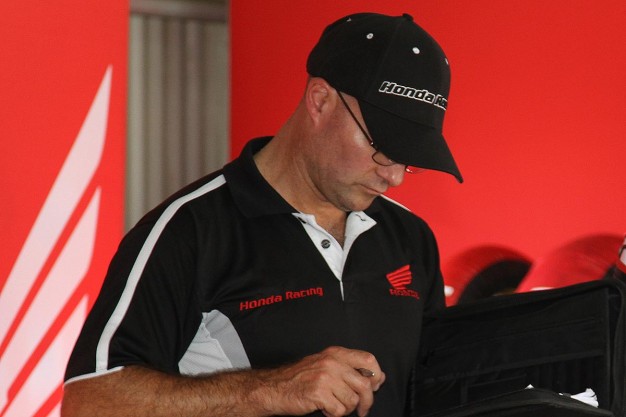 Paul, from the outside looking in, your team effectively expanded from two to four top-line riders for the 2014 ASC season. Can you tell us about the challenges involved with this transition?

I suppose it looks pretty big from the outside, but honestly for us, working inside it, it probably isn’t as demanding as it looks. The bike has made things a lot easier. This new CBR1000RR SP, with Ohlins suspension standard, compared to what we’ve been using in the past, it is just so much easier to work with. That’s not to say we haven’t had a lot of success with the products we’ve used previously, but this is so much easier, not necessarily to maintain, but just to change settings and especially internal settings even in between sessions. It’s just given us a mountain more time, I feel like I finally have a life after what we’ve been doing for the past years! But like I said, we have had a lot of success with what we’ve been doing in previous years, but this bike is making our life very easy. The other thing that you’ll also notice is that we only run the one bike per rider. So not having to deal with spare bikes has made a massive difference in the workload. So we’ve got additional people in the team, because of the additional riders, but it hasn’t really expanded or loaded us up any more than what we’ve experienced in the past.

It has been a super successful season for your team so far, and you find your riders locking out the top three spots with two rounds to run. Did you expect to be in such a position at this stage?

It is a good position that we’re in, yes. But you never say you’ve got anything won until you get past that final race. We are having a ripper season, yes, and like I said earlier the motorcycle has a lot to do with it. Like I said earlier this new SP is a step forward over what we had, in a few different ways. We’ve never raced the standard, standard version CBR1000 in this type of competition, so the SP has got more power there, though there is still a power deficit from the other motorcycles. But I think our big advantage is the overall package of the motorcycle. The Honda chassis has always been known to be very useable, and I think at the moment it is complimenting the overall SP performance, with the chassis, suspension and even down to the current control tyres we’re using from Dunlop in this environment. Our bike at the moment is shining, and it’s just a very usable package. And I’ve got to say at the moment I’ve probably got, outside of Glenn Allerton, the best riders in the country riding my motorcycles. So that’s a combination that is going to be successful. I know from years of experience that when I put together a line up of riders, a motorcycle and the technical staff within our team, that it’s going to be successful. The recipe is there and our riders are taking full advantage of what’s there and what’s on offer. But going back to what I said earlier, never say it’s all done before the last race. Jamie Stauffer was leading the championship before Winton and then goes to Suzuka and breaks his bloody ankle over there! And next thing is the event weekend and he’s back to second with a deficit to Wayne.

Speaking of injuries, you’ve had three riders all at some stage battling to fight back to fitness after their own major crashes. They’ve not only done this and minimised the impact, but have had quite a lot of success in the process. Have you been impressed by their resolve and commitment?

They are working hard. They’re all doing an excellent job I feel, and it’s a full credit to those guys to the way that they look after themselves and manage themselves. Jamie couldn’t have had a worse injury going into Winton. If it had have been Phillip Island or Queensland or anywhere else, it would have been a bit easier for a stronger result. But with Winton you’re just always on that foot. And he said to me through the weekend that you just don’t realise you use your feet and legs until you haven’t got them! Wayne had to come back from that earlier accident he had overseas. Luckily it was only going into testing where he was carrying that injury at its worst. But he got through that and battled on, and then got a fantastic result at Mallala. And as far back as Josh, that accident he had at the World Superbike event could have been really, really nasty. It was nasty enough, but he got himself back on track and focused and he’s getting on with the job and as you can see he is riding very well. 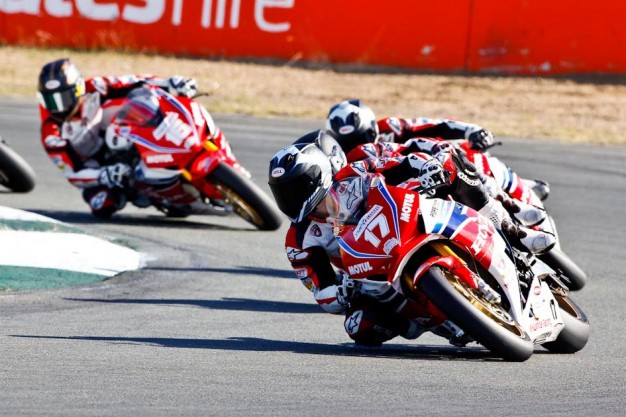 The addition of Troy Herfoss as the team’s fourth rider was done pretty late in the piece, but has proved a masterstroke. Have you been pleased with his progress as the season as come along?

Troy’s a machine. Whether it’s a dirt bike, a push bike, whatever; if its got two wheels he’s going to get the absolute best out of it. I still don’t think we’ve seen the best out of him. He’s gaining momentum and confidence each time he rides the bike. Between the Queensland race up there which he nearly won, to Winton, they made basically no changes to his motorcycle, and he raced that thing there at Winton so well. His ability to adapt is just incredible. I don’t think we’ve seen the best, the best is definitely yet to come.

Your focus has been in the ASBK (Australian Superbike Championship) in the past but this year you made the logical choice to run in the ASC. From a marketing perspective, it has probably ended up being a great endorsement of the bike that a customer can almost buy straight off the showroom floor, hasn’t it?

Yes, it has. I will say that I don’t necessarily agree with these type of regulations. I know what you’re saying there, about the bike, and engine package being similar to what the customer can buy, but if you look at any championship around the world where there’s a stock regulation and they’ve got good pilots on all brands of motorcycle, it’s generally the other brands that do shine. Like I said I don’t necessarily agree with this regulation, but now that it’s there… I don’t know where Motorcycling Australia are going with their championship in the future, let’s just wait and see. I feel that if one of my current riders was on another brand of motorcycle, we would be well and truly up against it. That’s not putting the Honda down, that’s just the regulation. That’s where the other brands of motorcycle are placed in terms of performance.

Forward planning is key in any racing program and as the factory Honda outfit you’ve always had a good groundwork ahead of you. Do you have any further plans or updates in terms of your 2015 program?

You’re always thinking, but what comes from that thinking is another thing. I’ve always said that our team, my team, with Honda, competing in the ASC would only be a one year venture and unless they align themselves with Motorcycling Australia, we would most likely not be competing in the ASC in 2015. Where we sit at the moment, well, we’re a bit unsure. We’re waiting to hear from Motorcycling Australia what their championship is going to be, and look like, and as that unravels we can make certain calls. That’s probably all I can add on that at this stage.

Thanks for the catch up Paul, appreciate the insights as always.