Sydney Motorsport Park was a hive of activity on Friday afternoon, where Yamaha Racing Team with Yamaha Motorcycle Insurance was testing its brand new trio of 2015 YZF-R1Ms with Cru Halliday (pictured), Wayne Maxwell and Glenn Allerton.

On the full Brabham Circuit, which funnily enough was the very circuit Yamaha Motor held the official press launch of the new R1s just recently, there are no current benchmark lap times to draw comparison to, but word is the team was displaying a promising pace on a very busy track.

In fact, national level racing hasn’t been held on the full circuit aside from 2012, so any such comparison is somewhat irrelevant at this point because the front-running FX times have certainly dropped since then, but what is important right now is that the team and riders are genuinely very happy with the new bikes in just their second outing (first real test). 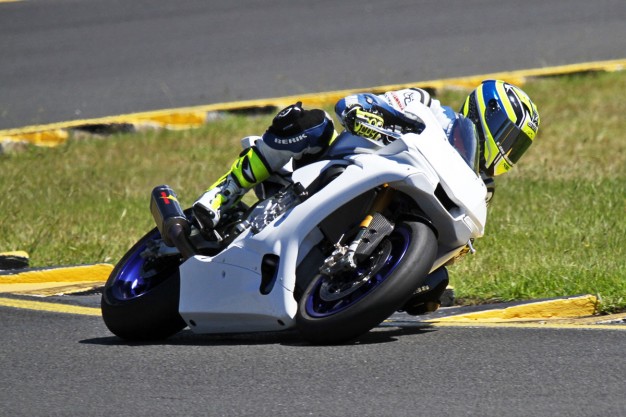 Team Honda Racing’s Troy Herfoss was on hand riding his private CBR1000RR SP – the very bike he finished third on last year from what we understand – as were a bunch of other Superbike and Supersport competitors taking advantage of the ARDC track day (shared alongside multiple car sessions).

The Australasian Superbike Championship season-opener is right around the corner now as the countdown’s at three weeks, so time will tell whether Yamaha has had enough development time to challenge for victory at round one. All indications are though that their definitely in the ballpark.

Halliday in particular has been supremely fast in these early stages of development at both Queensland Raceway and Sydney Motorsport Park, which comes as no surprise after carrying the previous R1 to a host of promising results as top Yamaha last year in what was actually his first full year in the Superbike category.

The combination of Maxwell and Allerton, both current national Superbike champions in their one right, is an extremely capable one too of course, so seeing these three rise to the challenge of finishing ahead of eachother is sure to fast-forward any required development time for the new bike.

On paper, considering the proven package that is the Honda, it will be important for Team Honda Racing’s current lone confirmed rider Herfoss to come out strong from the outset and take advantage of that fact while (or if) Yamaha is ironing out any kinks in race trim. By the mid-stages of the season, YRT should be well and truly acquainted with the R1M.

A major change that you will notice this year is that the likes of Maxwell (1), Stauffer (2), Herfoss (3), Allerton (4), Halliday (6), Sean Condon (7) and Jones (9) will all be required to run those single-digit numbers due to their championship placings last year according to the regulations. If Josh Hook (5), Robbie Bugden (8) and Glenn Scott (10) race at all, they too will have to switch.

The big question is whether Honda will sign anybody to fill in for the injured Stauffer, who was checked out of hospital in the past week and will continue recovery from his painful broken pelvis sustained at the Phillip Island Australian Superbike opener.

Hopefully Jamie is able to return to racing sooner rather than later, however in the meantime it would be a shame to have one less factory bike on the grid (three less when you consider Honda had already gone back to two riders from four for this year). 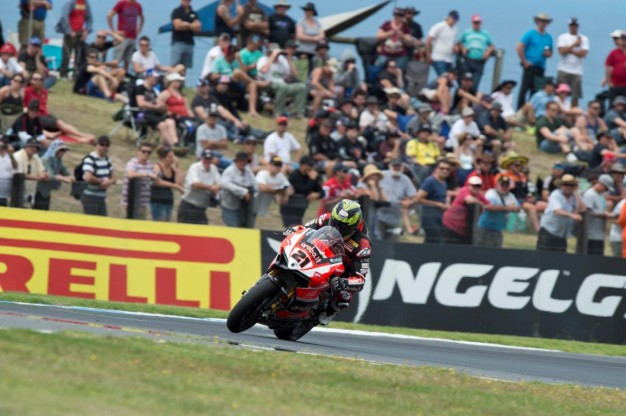 Abroad this week and Troy Bayliss has once again created a huge buzz in signing up for the Thailand round of WorldSBK in a fortnight. With time to prepare properly this time around, both physically and mentally, expect a very strong performance from TB at the all-new track to the series.

British Superbike testing is underway in Spain including the large host of talented Aussies, so we’ll be certain to keep track of their progress in the news, with an increased emphasis on the Aussies competing internationally this year.

And just one last thing, speaking of Sydney Motorsport Park earlier, news filtered through this week that Motorcycling Events Group Australia will no longer be running the circuit’s ride days as of September 2015 and Stay Upright will be taking charge. Information on any proposed event structural revisions or pricing is yet to be confirmed.