Sydney Motorsport Park came alive yesterday with the first practice and qualifying sessions of the 2015 Australasian Superbike Championship, followed up today by the first races of the new season before the all-important FX-ASC points races are held on Sunday.

Qualifying was dominated by the Yamaha Racing Team with Yamaha Motorcycle Insurance riders using the brand new YZF-R1M, led by Cru Halliday. From what I can see, this is the R1’s first national race with a factory team and so far, so good.

Team Honda Racing’s Troy Herfoss was quick initially as expected, but judging by the initial speed of the Yamahas around the track, he’s going to have to extract all he can from the CBR1000RR SP this season. Already the times are quicker than what everybody went during the races last year.

What I was most impressed by however was how fast Aiden Wagner adapted to the factory Fireblade in place of Jamie Stauffer. If you weren’t certain just how good this kid is before, he was incredibly fast within just a few laps and essentially matched the pace of Herfoss on day one. 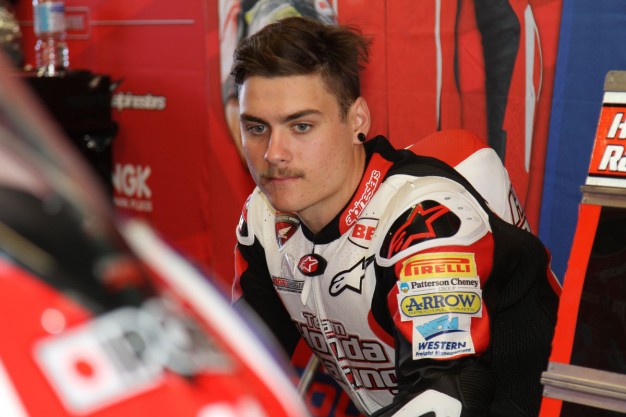 Update: And to add to that, at the end of day two on the bike Wagner has a race win, second overall and lap record to his credit with very limited time on the bike. The mail is that Honda is already assessing options to retain him for the year!

The Superbike field is quite thin this year now that series organisers have separated the C- and D-graders on the same machinery into the Formula Xtreme class, with just 13 bikes in the premier class this year. The talent is stacked though, no doubt about that.

I can see the benefits of enabling the lower grade riders to compete in their own race and it does seem to attract a larger base of that level rider since they don’t have to face the best of the A-grade riders on track, but it does have the Superbike class lacking in numbers. I haven’t looked at the split of grades, but possibly having the C-graders in the main game would be an option.

As we reported earlier in the year, the ASC has adopted a mixture of formats for 2015 and to start off with in the Superbike ranks there’s two 15-lap races on both Saturday and Sunday. Tyre management will be critical, as well fitness and a rider’s ability to post quick lap after another.

Friday started out with short sessions of around 12 minutes, however for the third and fourth practices they were combined to give riders an opportunity to test their tyre life and set-up over a longer duration. For most, it’s uncharted territory.

The other thing that’s taking some time to adjust to as well is the numbering system, as I’ve mentioned before, which is the reason why we’re seeing the likes of Halliday, Herfoss, Sean Condon and Mike Jones move away from their customary career numbers this year.

Aside from that though, the class structure is highly entertaining and offers a quality schedule of racing in basically all of the races. 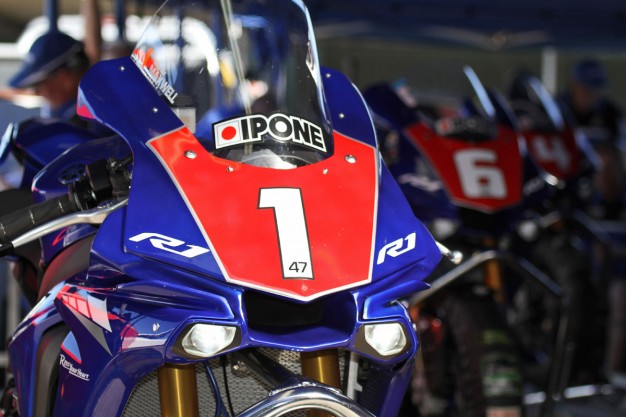 It’s great to see the Ninja Cup bursting with entries, providing a real platform for riders to learn in or even just to enjoy competing at an affordable level.

On the flipside we’ve seen a raft of announcements from Motorcycling Australia this week outlining details of the 2015 ASBK series, which now has manufacturer support from Yamaha, Honda and Suzuki.

Time will tell if the series can reclaim the honour of being the country’s elite championship, but some of the comments featured within the PR does make you wonder.

And on top of all that, we can’t overlook the fact that MotoGP is underway at the Losail Circuit in Qatar this weekend. Following Friday, Aussie hope Jack Miller is just 1.3s off the pace but down in 21st – the field’s that tight!