Top 10: MotoGP of the Americas agenda

What you need to watch for come round two of the 2015 season.

Qatar’s MotoGP World Championship opener to start the 2015 season was one of the best on record, but as usual, the show goes on and we have a number of topics we’ll be keeping an eye on come this weekend at Circuit of the Americas. 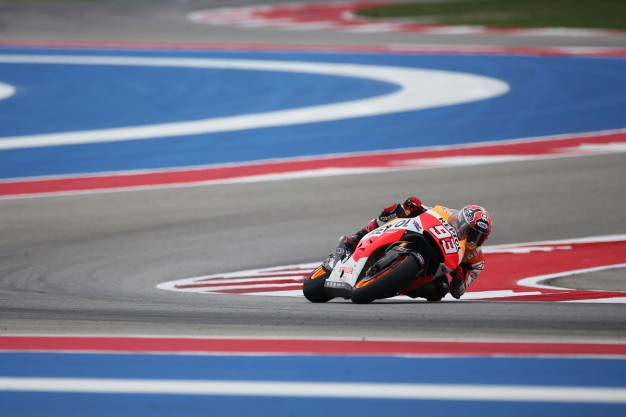 1. Marquez’s rebound:
After running off the circuit in the first turn at Losail, dual reigning world champion Marc Marquez will be out for redemption in Austin. And after scoring pole and the race win there last year to extend his unbeaten record at two from two, you’d be mad to bet against him.

2. Yamaha development:
COTA has been a tough one for Yamaha in the past, but according to team director Massimo Merregalli, things should be better this weekend: “COTA is a great circuit, but previously hasn’t been the strongest for Yamaha. The bike used to suffer more in an area that we‘ve already bettered now. We improved the bike and our riders are on top form so our expectations for this weekend are good”.

3. Strengths of Ducati’s GP15:
With a 2-3 finish at round one, Andrea Dovizioso and Andrea Iannone will enter the Texan event with high expectations and a good track record at the circuit. In fact, don’t be surprised to see one of the two run away with the win if they can better Marquez on Sunday!

4. Hayden’s 200th:
With over 10 years in the premier class, 2006 world champion Nicky Hayden will celebrate his 200th MotoGP milestone at COTA this weekend in what is his home round of the season. What a place for it to happen, even if he will be battling to put his Open-spec Honda in the points on race day.

5. Another step for Miller:
Currently at motocross legend Chad Reed’s house in Florida, MotoGP rookie Jack Miller showed he can mix it with the sport’s elite at Qatar before falling late in the race. What he needs this weekend is mileage once more and it’s another new track for him to experience the potent RC213V-RS. 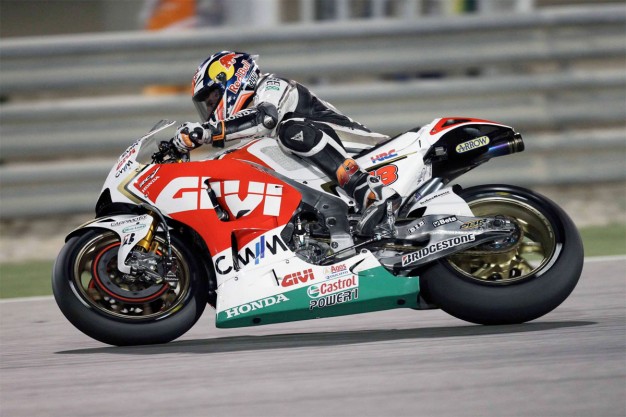 6. Crutchlow vs Tech 3 duo:
In the battle of the satellites Cal Crutchlow upstaged Monster Energy Tech 3 Yamaha teammates Bradley Smith and Pol Espargaro at round one. Less than a second split the trio though, so expect that battle to roll on all year long.

7. Open class competition:
Avintia Racing Ducati rider Hector Barbera marginally got the better of Forward Racing Yamaha’s Stefan Bradl at round one, in a surprise result that will be sure to fire up the German former Moto2 World Champion. If Honda’s RC213V-RS suits the circuit, we could see Hayden, Eugene Laverty and even Miller challenge for top Open finisher this time around.

8. Suzuki eyes top 10 placings:
With Aleix Espargaro 11th and Maverick Vinales 14th in Qatar, Team Suzuki Ecstar’s return to MotoGP was a pretty good one with points all-round. So as they’re knocking on the door of a top 10 place already, it could come as soon as COTA – a circuit they’ve tested at while developing the GSX-RR.

9. Melandri’s first COTA showing:
He may be one of the most experienced riders in the field, but never has Marco Melandri raced at the Austin venue. After a shocking MotoGP comeback to date with Aprila, the Italian needs to start making in-roads soon or it’d be hard to see him finish off the season at the rear of the field.

10. Aoyama’s return:
With Dani Pedrosa recovering from arm-pump surgery, HRC has drafted in test rider Hiroshi Aoyama to Repsol Honda alongside Marquez. Now, we of course would have preferred Casey Stoner, but given the experienced Japanese rider finished 12th there in 2014 for Aspar Honda, he could shine on Sunday.