Ducati made headlines internationally in 2008 with the introduction of a road-going MotoGP replica, the Desmosedici RR, almost simultaneous with Casey Stoner’s first world championship win in 2007. Largely based off the 2006 model GP6, it was an aggressively powerful and rigid bike, requiring a highly skilled rider to extract maximum performance and enjoyment from it.

I first travelled all the way to Misano, Italy, for the world press launch of the model, but rain ended any chance of on-track activity, and luckily Ducati Australia rearranged a test for Phillip Island later in the year once Stoner was crowned champ on the 800cc GP7.

Like the Desmosedici GP6, the D16RR street bike featured a 98mm bore and 42.56mm stroke to make up the 989cc liquid-cooled, fuel-injected, Desmodromic 16-valve, cassette type six-speed V4 engine. It featured performance-driven technology that was largely derived from the 990cc MotoGP era – one of the most memorable configurations of all. 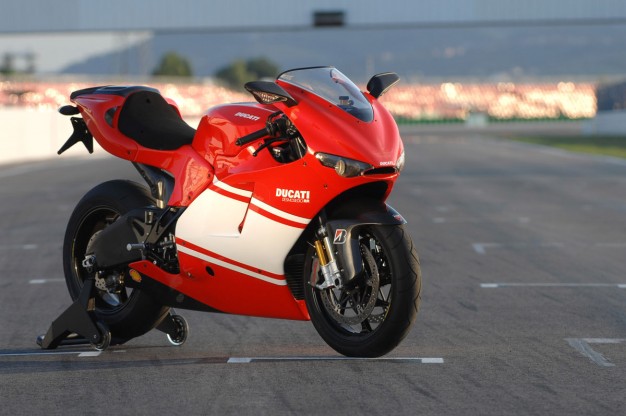 In stock trim the bike boasted 188 horsepower, however with a kit exhaust it bumped up to the 200hp marker. Without the emission requirements in place, the sound from the track exhaust was one of a kind at the blip of the throttle and extremely loud.

Ducati equipped the D16RR with a welded tubular steel trellis hybrid frame with the same geometry used on the GP6, while the rear seat support was constructed by high temperature resin-type carbon-fibre. The engine was used as connector between the frame and rear suspension/swingarm – again, just like the MotoGP bike at the time.

Suspension-wise it had the Öhlins 43mm upside-down FG353P pressurised fork (PFF) with TiN coated sliders, developed in competition and with a lot of time put into helping them to perform on the road. It also had an Öhlins rear shock absorber fitted and Öhlins steering damper.

As the carbon brakes on the front of a MotoGP bike wouldn’t be practical for the road, Ducati used Brembo steel brakes front and rear. It had a pair of radial monobloc callipers with four 34mm pistons and semi-floating 330mm discs up front, completed by a radial master cylinder with hinged lever and remote adjuster. At the rear was a 240mm disc, clamped by two 34mm pistons. 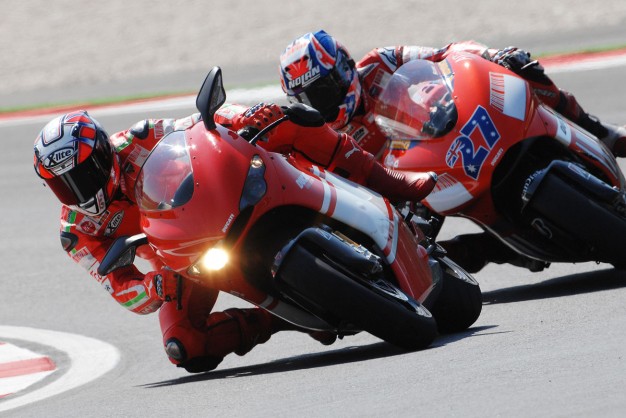 For the first time ever on a production bike, the Desmosedici RR used Marchesini forged magnesium alloy wheels with a seven-spoke design similar to those used on the GP6. Bridgestone developed tyres especially for the D16RR project, the Battlax BT-01 for Desmosedici RR.

The Alan Jenkins-designed bodywork was absolutely brilliant looking with both the Team colour scheme and the Rosso GP scheme. Both were stylish and well finished, looking very much like factory Ducati MotoGP racers. 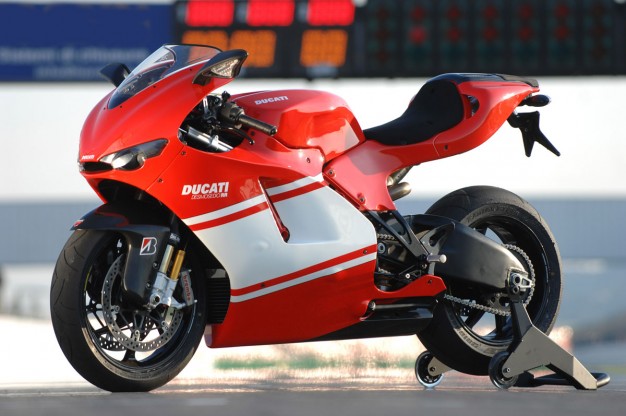 Aside from all that, it featured Desmosedici-style digital instrumentation by Digitek, operated by handlebar-mounted switch gear, and the Ducati Data Analyser (DDA), which allowed riders to acquire up to 2mb of data (approximately 3.5 hours) using the bikes vast amount of sensors.

The track kit that featured the upgraded exhaust also included an ECU to suit, plus a paddock stand and bike cover to give it that extra racing touch. Ducati was well ahead of its time in producing such a beast and in strictly limited numbers at around $100,000 locally.

On track at Phillip Island the bike was ergonomically quite tall, ultra-rigid, aggressive, and a real handful in stock trim without any form of set-up personalisation. But, like all race bikes, the harder it’s ridden, the better it performed. I’d have loved to sample it for longer than 15 minutes, but rest assured it’s still a fond memory in my mind.