Yamaha Racing Team with Yamaha Motorcycle Insurance’s Glenn Allerton broke through for his first round and race win of the 2015 Australian FX-Superbike (AFX-SBK) and Swann Insurance Australasian Superbike Championship (ASC) last weekend at Queensland Raceway. It’s fair to say Allerton was the headline act at the ‘Paperclip’ as he took three wins from four starts across the weekend. In terms of his championship hopes, now he sits second in the AFX-SBK level on points with teammate Wayne Maxwell and sits in third in the ASC, just 20 points behind championship leader Troy Herfoss. CycleOnline.com.au caught with the 34-year-old to get the scoop on his weekend. 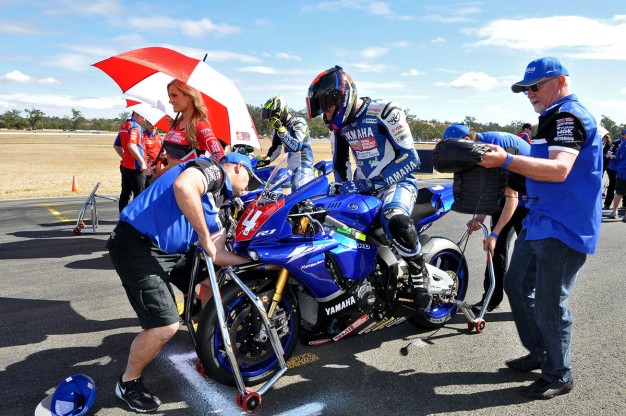 Glenn, three out of four wins on the weekend at Queensland Raceway – you made the weekend your own. From your point of view, how was your weekend? You must be chuffed!

Yeah, I’m extremely pumped with the results. It’s everything I work for, as far as all my training and preparations and what I expect out of myself. But sometimes things don’t always go your way and you have to work hard to get a good feeling from the bike. This is what I, Ryan [Bennett] Glen [McMahon] and Kev [Marshall] have been doing over the last couple of race meetings. They have been trying to get me comfortable on the Yamaha R1M. We made some really good adjustments to the bike since the test at Queensland Raceway and the race last weekend. That’s why I was so comfortable on the bike. From the first practice session I felt that like that we were right on the pace. My feeling between myself, my right hand and the rear wheel was really good. That’s where the confidence came from and that’s why I rode so well in the races. Consistency was really good with the lap times, I was able to finish a lot of races in the high eights, so I’m really excited to be able to get my first win for Yamaha this year. There was a big build up to this whole thing happening this year; this is exactly what I wanted to do when I went to Yamaha and that was to win races. I’m excited that it’s happened and now I want to go and win some more.

With a two-day test scheduled at Wakefield Park coming up very soon, just how important will that test be for you guys, as you have not yet ridden the new R1M around that track? Of course a few weeks later, we are going racing at Wakefield for round five of the ASC.

It’s definitely going to be important for our championship. Every point from here on now I need to score maximum points. I’m really looking forward to getting to Wakefield Park and trying to find a setting that works for me around there. I love the place and it’s really close to my home. I’m going to go there with the intention of trying to do what I did at Queensland Raceway and that’s to get maximum points. I just need to do everything I can to put some pressure on the guys in front of me. Troy and Wayne are great riders, but I just need to apply the pressure and hope things go my way. I’ve had a few things not go my way with some bad results this year, but sometimes in motor racing things can turn around for you. I’m going to do everything right between now and then and keep myself fit and sharp and try and go to Wakefield Park and get as many points as possible.

With three rounds remaining, being Wakefield Park, Winton and Sydney Motorsport Park, out of those three tracks which do you enjoy the most?

It’s pretty hard to go past Sydney Motorsport Park. It’s a pretty amazing facility and that is really close to home for me. That’s a great track and it provides really close racing as we have seen not so long ago. That’s probably my favourite track. The one that I didn’t show where I go well at [last year] is Winton, as I was getting over my knee injury. I didn’t get to show the speed that I really had there. It’s going to be a good end to the year as I like all three tracks, so it’s all positive for me. 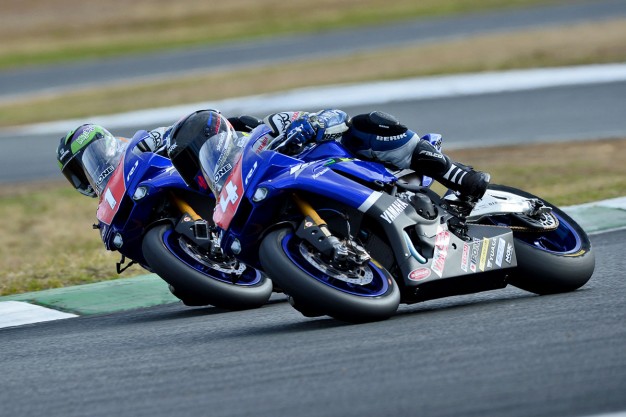 In race two, part one, just how hard were you pushing? The pace looked as if it was red-hot.

My point of view, I was trying to get away. I could hear Cru [Halliday] right behind me and he showed me a wheel a couple of laps before, so I knew the pressure was on and I was pushing really hard in the last corner because it was a strong point for me. I had a feeling Mike Jones would have had a new tyre on in the last race, because he tends to do that. He normally does that and being his home race I kind of expect him to save a new tyre for race two. So yeah I had my skates on, I was going for it, I wasn’t hanging around – I was pushing as hard I could! It sucks that Cru had the accident that he had, because I believe at the end of the race, someone was going to show me a wheel. There was going to be a fight and it was just about to start, but when Cru fell off it put a stop to that, so it was unfortunate that it had to end that way.

With what you do for a living, running GASD (Glenn Allerton Suspension Developments), having the knowledge about how suspension works and so on, do you feel it has helped you bring the Yamaha R1M up to a race-winning package so quickly?

Yeah absolutely. It’s not just that I do suspension; it’s everything that I have done over the years. I have experienced riding for a few different teams on different suspension and learnt a lot about the suspension and geometry side. For me to enter a new team I obviously provide a fair bit of value. You have also seen with Wayne coming to Yamaha as well that we bring a lot of information and experience on our side. It’s probably what makes us a step above a few of the other riders out there, that we have that experience on our side, as well as the fitness and the ambition to go out there and win. So it’s an entire package and of course it makes us a better rider.

Glenn, thanks for your time! Well done on the weekend and good luck at Wakefield Park.