For the second week in a row this feature is coming to you typed somewhere between Sydney and Perth (on Friday morning) as we travel to attend another race weekend, this time the Australian Superbike Championship at Barbagallo Raceway, just five days after last weekend’s MX Nationals round at Wanneroo.

There’s been over a month since the ASBK’s midway round at Sydney Motorsport Park, so with round four of six taking place this weekend, it’ll be another vital round in the points chase. Take a decent advantage out of WA and you’ll be hard to track down over the remaining two rounds.

What’s notable this weekend is that because a lot of riders previously focused on the FX-Superbikes series, they are either brand new to Barbagallo (especially Supersport riders) or have limited experience at the circuit (Superbike title contender Troy Herfoss, for example).

But as they do, top riders pick up new tracks quickly enough and untimed practices on Thursday for Superbike and Supersport will come in handy. Friday’s when the real action commenced, but Sunday is – as usual – when it counts and the points are awarded. 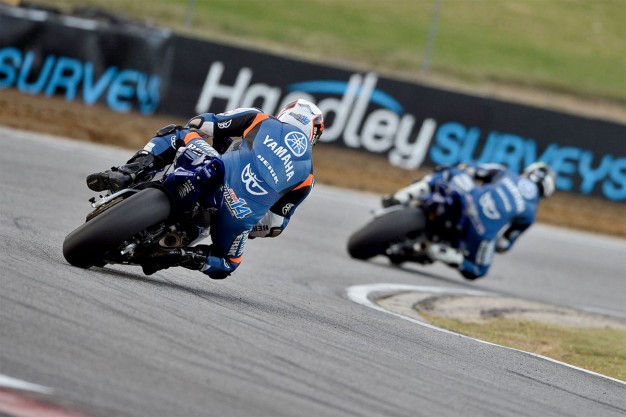 Last weekend was the Mallala round of the Australasian Superbike Championship, which was utterly dominated by Kawasaki riders. Specifically, SA Kawasaki BCperformance has to be commended on its winning weekend, taking 1-2 in Superbike, as well as the Supersport, Formula Oz and Ninja Cup victories.

Two of the top three Superbike finishers – Ben Burke and Matt Walters – will be on track again this weekend in WA, which will obviously be more of a challenge against the elite factory riders. Still, they’re bringing in great momentum and could be on for some good results.

One major subject that’s been floating way beneath the radar is that Troy Bayliss Events will no longer have any involvement in the 2017 ASBK series at this point.

This was speculated when Motorcycling Australia moved away from the summer series schedule in February, but since, they’ve decided to go their separate ways altogether on amicable terms.

It’s somewhat of a surprise onsidering the major announcement at last year’s Sydney Motorcycle Show that ‘motoSBK’ would bring in another new era for the sport, however judging by the current structure and success of MA’s series, it’s not a major concern. 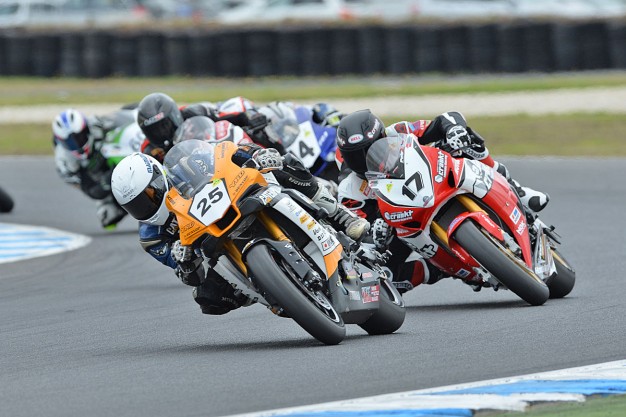 Sure, you could never go wrong with having Bayliss directly involved in an event and his promotional company in partnership with Mark Peterson has enjoyed remarkable success with the Troy Bayliss Classic and exhibitions, etc, but continuity at this point will also be welcomed.

Initially it seemed like the first 2016 ASBK series would be a low-key affair, before the true series was to begin in October on a 2016/2017 summer series schedule. Once that all changed and the current series became the one to win, the Bayliss introduction’s slowly but surely faded.

Why did they separate? There is a number of reasons and I’ve been working on a news story already this weekend to shed more light on the situation. Will there be any further changes to the championship next year? We’ll also be asking that question, but more likely it’ll be all about progression.

And on top of that, MA’s board has suggested to the council that its national structure becomes unified in the future, which would effectively remove state controlling bodies in their current form. It’s a massive story that we’re also working to cut through as we speak, so stay tuned for that.