Following a thrilling Laguna Seca round of the 2016 Motul Superbike World Championship, the series won’t resume again for near two months when the summer break concludes on 16-18 September with the German round.

With nine rounds complete and four remaining, it’s looking as though Jonathan Rea will make it back-to-back crowns with Kawasaki Racing Team, currently holding down a sizable 46-point lead over teammate Tom Sykes and Ducati’s Chaz Davies, who’s a further 62 back.

Rea has accumulated eight wins from 18 races to date in 2016, on the podium for each of them until a mechanical put him out of race two in the US. And that’s where Sykes capitalised, keeping his title chances alive. 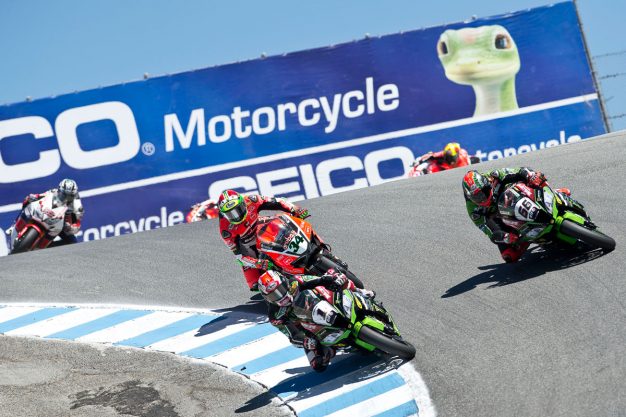 Still, experienced Irishman Rea is in the box seat. Racing is racing however, it’s not over until it truly is over by way of points, and he’s already raring to go for round 10 already. It was a tough way to enter the break.

“We have to take the rough with the smooth because we have had a really good run so far, but it is a frustrating way to go into the summer break,” Rea said. “I wish the Lausitzring round was next weekend because I feel really good with the bike and that is a huge motivation for me.”

As for Sykes, the 2013 champion knows just how important that win at Laguna Seca was following Rea’s misfortunes, also finally shaking Davies in the race for runner-up in the back-half of the year. One more mishap for Rea and he’s right there in a bid to steal the number one plate.

“We have made a good weekend, with pole position, a second place and a win,” Sykes said post-race in America. “We will go into the summer break on a high and try to learn from the information we took from the previous Misano round and this one, and then try to put the jigsaw together for the last part of the season.”

Sykes has five wins to his credit and has been on a very good run of late, leaving Davies in his wake most recently in terms of collecting points. With a pair of doubles at Aragon and Imola, Davies has lacked consistency aside from his four wins: “It was important to go into the break with a podium, and we’ll use this time to understand where to improve.” 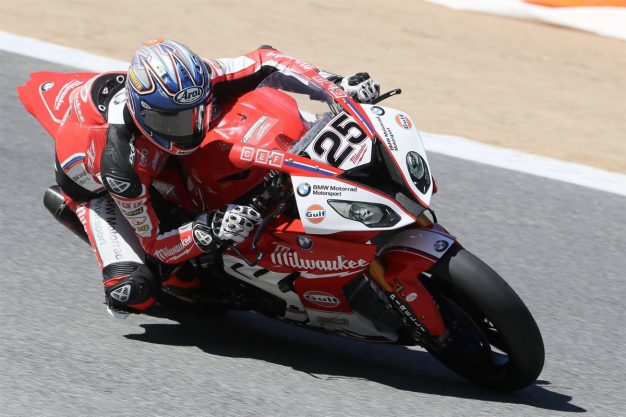 Australia’s lone WorldSBK regular Josh Brookes is all the way down in 15th at this point, which realistically isn’t where we’d expected him to be coming off such a mega year as the British champion. Now aboard a BMW, on paper Brookes’ best results came at Phillip Island and Donington Park (ninth in the second races), but Assen was the standout before he crashed out.

In the US he fell victim to a crash in race two, adding to the disappointment, but a swap to Yoshimura Suzuki for the summer break at the Suzuka 8 Hours could be just what he needs to turn his year around with a bit of race confidence. If he can find comfort on the S 1000 RR, he’s more than capable of racing well inside the top 10 at least.

“It was a shame to end the weekend like that, but I’ve enjoyed riding Laguna Seca for the first time and we were able to test a few new things,” Brookes reflected, still searching for answers. “There’s a long break before the next round at Lausitz in Germany, so we’ll be using that time to prepare and make sure we can deliver strong results.”

Whatever the case, these final four rounds of the 2016 season will be telling in the fact that many points are still on the line and there are a number of riders – even aside from the ones mentioned – that will be doing all they can to prove their worth for 2017. The most exciting part of the season is right around the corner.