Racer comments from Morgan's Park fifth round of the year.

A selection of riders detail their day at Morgan Park’s fifth round of the 2016 Yamaha Motor Finance Australian Superbike Championship presented by Motul Pirelli. Team and privateer competitors can submit comments to [email protected] prior to the Wednesday after events for inclusion in the post-event Quotebook feature. 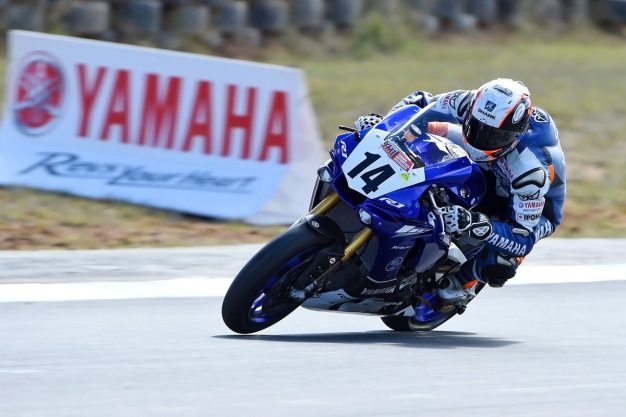 Jamie Stauffer (Crankt Protein Honda Racing) – 5th overall:
It was a really positive day for us as a team, to see Troy come away with the round win and go undefeated was cool and I also made some progress myself. Fifth and sixth place finishes is not exactly where we want to be, but with having injuries earlier in the year and a lot of time off the bike, it’s a step in the right direction. We only have one round of racing left now, so at Winton we’ll be doing the best we can to put both of the Hondas on the podium.

Wayne Maxwell (Yamaha Racing Team) – 2nd overall:
Finishing second a fair way back in each race was not ideal. Overall this is the best I could manage at Morgan Park which isn’t that suited to the ‪Yamaha ‪YZF-‎R1M but we managed to get on the podium and keep the championship lead so there is some positives to take away from here. The team will have a test at Winton prior to the round which should help us get a good setup for the round. I’m really looking forward to the last round, that’s for sure.

Glenn Allerton (Yamaha Racing Team) – 3rd overall:
It was a tough weekend,who was physically drained after dealing with a back injury throughout the event. Unfortunately this stuff happens to all of us throughout the year. It’s never going to be easy and you are never going to get an easy run where you feel good all the time. To get third overall at a track which really didn’t agree with me is really good, so I’m happy. The three of us are just 11 points apart so it’s going to be a tight last round on a track we all have plenty of experience on. I’m really looking forward to the final race at Winton and a big finish to the year.

Cru Halliday (Yamaha Racing Team) – 6th overall:
I’m pretty happy about getting third in race two. I got a good start for once, which is probably the first one this year. I just couldn’t handle the pace of Troy. It was good that Wayne came past me as I know he is a lot quicker around here than me. I rode pretty defensive and managed to hold onto third place, which I’m extremely happy about. Hopefully we can carry this confidence for Winton now and try and finish off on a high for this season.

Brayden Elliott (Knobby Underwear Suzuki) – 6th overall:
Overall, I am happy with my efforts at round five of the Australian Superbike Championship. From the start to the finish of the weekend, I instantly felt the most competitive I had been all year which I certainly think showed in our laptimes and race pace. As always the team did an amazing job to help improve the Knobby Underwear Suzuki GSX-R 1000 working heavily on the set-up, handling and tyre life around the rough and technical Morgan Park circuit. I really feel like I am starting to come to grips with the Superbike and the competition in the premier category. Sixth overall was certainly a positive result, but I think the best thing is after getting myself closer to the front riders, it has only made me more determined to keep pushing harder to get to where I need to be. I am extremely thankful to have the opportunity to surround myself with people that can help me learn and improve and it has been good to not only leave Morgan Park with further experience, but with a good boost of confidence to take into the final round of the year. With some time to prepare, I look forward to keep putting in my 100 percent best effort to be stronger at the next event. 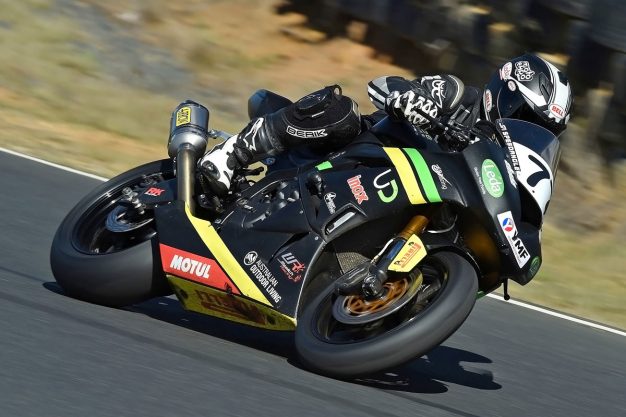 Callum Spriggs (Cube Racing) – 16th overall:
It was a disappointing weekend for my home round. I was hoping to get some wins or at least a podium to claw back some points in the championship. I was going good in the first race and tried to make a move on Luke, then tried to make up time again at turn 10 and lost the front. After that we got the bike going, but in the rush of it all fixing the damage between races, we accidentally had to wrong tyre pressure and it was too dangerous to keep going. So I came in and adjusted that, then off I went. It really gives me a lot of motivation to try and finish with a win at Winton.

Robbie Menzies (Cube Racing) – 6th overall:
We had a really good weekend and benefited a lot from the test a couple of weeks ago. I’ve improved every time on the track since then with my times and we managed to get good starts in the races and consistent results as well. I struggled a little bit with arm-pump and I would like to be up higher in qualifying, but we are happy, first year on the 600.

Luke Mitchell (Yamaha) – 1st overall:
On the last few laps in race one I didn’t hear a bike behind me, so I knew no one was going to out-drag me. I thought to myself ‘you’re joking right, I have finally done it, I have finally won a Supersport race’. That race win was a big relief. I definitely didn’t expect to take out the round win this weekend. As a racer you always have a goal to get pole position and of course two race wins. After the get-off I had on Friday and the work which was involved to repair the bike, it’s a nice feeling to be able to deliver the JNL Racing team a round win. From where we bounced back from on Friday, I’m really happy with the weekend as a whole.

Troy Guenther (Yamaha) – 2nd overall:
I’m very happy to be able to have won a race here at home. I can’t thank my team enough. They have made the bike work so well on the Pirelli tyres. On top of that I have to say a big thanks to all my friends and family who have come out this weekend to support me.