Round one of MotoGP is in the books – how good was it!? – and the Superbike World Championship is back in Europe this weekend, as the MotorLand Aragon round really sets the series alight.

While WorldSBK and WorldSSP are entering their third round of the season, this weekend as the first European event of the year, we’ll see the introduction of the World Supersport 300 class, but the start of the Superstock 1000 FIM Cup series.

Unfortunately, as we know, there aren’t any Aussies in WorldSBK this year, but WorldSSP has regulars Aiden Wagner and Lachlan Epis, who are joined once again by Anthony West this weekend in another guest appearance. 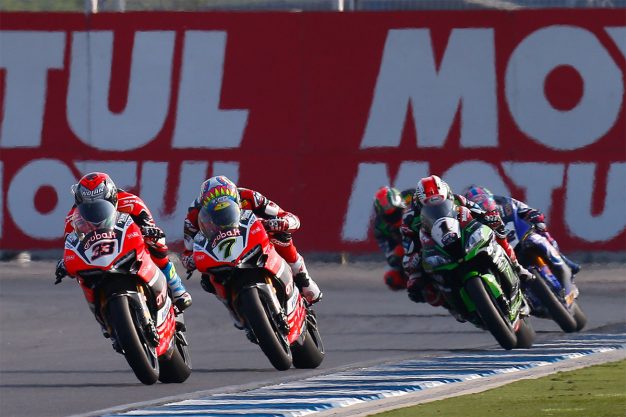 And the STK1000 will be particularly exciting this season as well, because 2015 national champion Mike Jones is back in Europe and aboard the factory-backed Aruba.it Racing – Ducati, as well as Kawasaki-mounted Glenn Scott in the class now too.

I’ve said it before, but if Jones can make the most of this very rare and timely opportunity, he could very well be our next great hope in WorldSBK. As we know, getting on the right bike is the majority of the battle for very capable Aussies and Jones has it.

It’s interesting to see West back in WorldSSP this weekend and he will be contesting another round or two, which will be good to see. He’s been working overtime just to get his privateer R6 on track and we tried to interview him this week, but the stars just didn’t align.

Elsewhere, British Superbikes fire up at Donington Park this weekend and that will be intriguing to follow as well. With so many Aussies in the mix, including the return of 2015 champion Josh Brookes and Jason O’Halloran on the new Honda, we’ve got a really good chance of success. 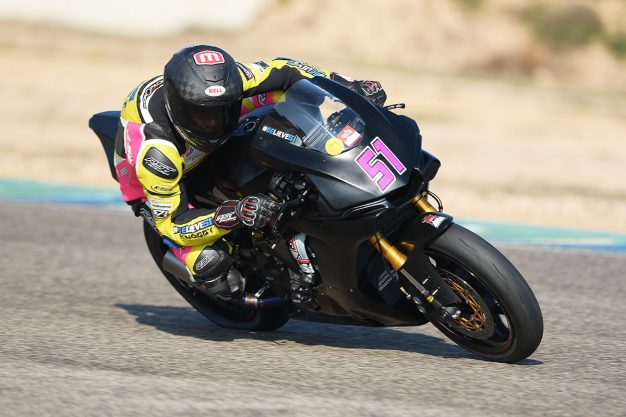 Fans of domestic racing will also be keen to follow newcomers Sam Clarke in Supersport and Brayden Elliott in Superstock 1000 – both really good riders and coming off of a strong year in the ASBK last year.

I’m absolutely pinned this weekend, actually down at Phillip Island right now ahead of tomorrow’s Motul MX Nationals opener, where we’re covering all the action for MotoOnline.com.au. If you’re in the region, it’s definitely worth checking out!