Pit briefs from Victoria's third round of the season.

While much of the attention is on-track at each round of the 2017 Yamaha Motor Finance Australian Superbike Championship (ASBK) presented by Motul Pirelli, Trackside takes you beyond the action at Winton for brief pieces of interest. 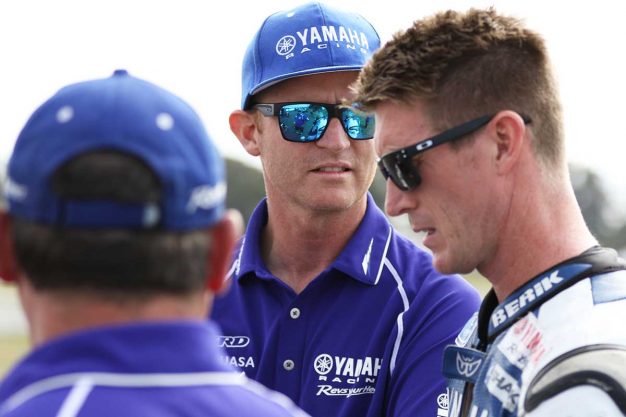 – Yamaha Racing Team opted not to replace Glenn Allerton alongside Wayne Maxwell in the factory team, instead electing to focus upon the 2013 champion’s title charge. Allerton is aiming to return for Darwin and will largely benefit from the extended break in the calendar.

– Supersport title-challenger Mason Coote overcame a dislocated collarbone sustained during qualifying to register sixth overall for the weekend. It didn’t appear to affect his results too much, as his positioning didn’t fluctuate a lot, but expect him to gain strength for Darwin.

– The arrival of Sam Lambert in Supersport has thrown a cat amongst the pigeons, because after spending the first two rounds in Superbike, he’s now R6-mounted and will most certainly factor for wins and podiums. Thing is, he’s not in it for the title at this point, so that will keep the contenders on their toes.

– Tyres were high on the agenda again at Winton, as Pirelli seemed to have the initial advantage, but the Dunlops were hanging in there over race distance. What it did was brought an added element of tactics into the premier class races and the way it played out was most definitely interesting. 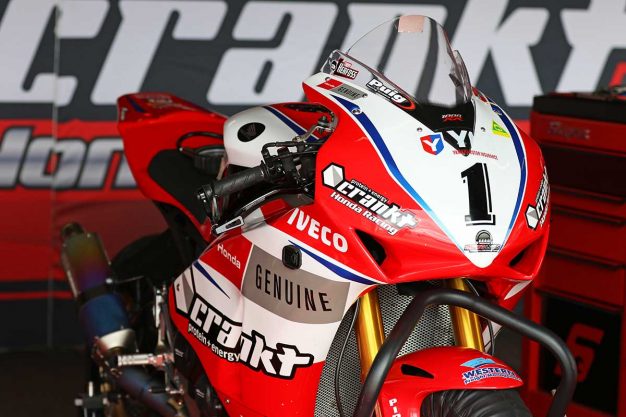 – With the new Honda CBR1000RR arriving in dealers and the press launch taking place at Phillip Island next week, we’re drawing closer to Crankt Protein Honda Racing debuting the updated model. With two months between now and round four, we may see it for the first time there, but the team hasn’t indicated either way yet.

– There was some confusion surrounding Josh Hook’s arrival at Racer’s Edge Performance/McMartin Racing Ducati over the weekend, with some under the impression he’s replaced Beau Beaton. No, Beau is sitting out for personal reasons at the moment and should be back in due time. Once he does return, the team plans to field two bikes.

– It won’t just be Honda with a new bike at Hidden Valley if they do, because Daniel Falzon revealed post-race that he’s taking delivery of a new Yamaha before then. As the current championship leader, more race wins have to come sooner, rather than later and he’s looking for some more speed out of a fresh mount.

– DPH Motorsport Yamaha’s Luke Mitchell was back on track at Winton, but well off the pace as he makes his return from an arm injury suffered prior to Winton. Pegged as the title favourite going in, it’s been a disastrous year for him already.