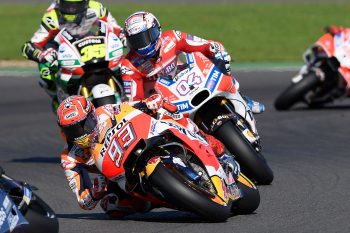 Silverstone has been added to the 2018 MotoGP World Championship calendar, completing next year’s provisional schedule.

Host of the British grand prix, Silverstone will take place between 24-26 August, marking round 12 of the season.

The series will commence a week earlier on 18 March in Qatar, slated to conclude once again at Valencia in Spain on 18 November.