Racer comments from Phillip Island's first round of the year.

A selection of riders detail their day at Phillip Island’s opening round of the 2018 Yamaha Motor Finance Australian Superbike Championship (ASBK) presented by Motul Pirelli. Team and privateer competitors can submit comments to [email protected] by Wednesday following events for inclusion in the post-event Quotebook feature. 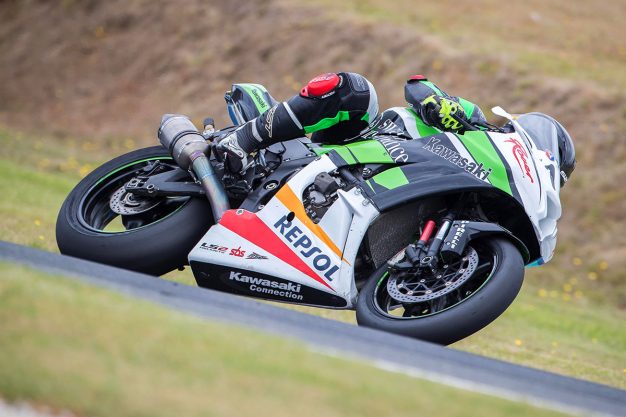 Troy Bayliss (DesmoSport Ducati) – Fourth overall :
With not a lot of preparation time, first up we’re leaving here reasonably happy. I’ve got an idea that we can run towards the front of the field and I know a few areas where we can improve the bike as well. We haven’t got the setting just right yet, but I’m really happy and we’ve had a good weekend. In the first race yesterday, I had so many bikes around me and it was really hectic because I hadn’t been in that situation for some time. So it did take a little while just to get used to that, but it was good to ride around the guys with so much experience here in Australia. I felt like I’d been here a long time – it was all under control and we’re excited!

Wayne Maxwell (Yamaha Racing Team) – Sixth overall:
Starting the championship with a DNF isn’t ideal, but conditions in the first race had us all scrambling. The back section of the track was still somewhat dry, but coming off the straight and into turn one, it was obvious it had rained. It was too late to do anything by the time we got there and the speeds we were going, so unfortunately I went down. The other two races were good and exactly what I needed. I’m sixth in points, only 17 from the lead and with the level of competition in this year’s championship anything can happen, as Phillip Island just proved.

Daniel Falzon (Yamaha Racing Team) – Fifth overall:
For me a safe and positive start to the year and good to just get the season underway. It was also important to get a better understanding of the team and how everyone works in race conditions and I feel that, despite the hectic weekend, we are in a good place and have a solid platform to build from.

Troy Herfoss (Penrite Honda Racing) – Third overall:
It’s the best first round I’ve ever had at Phillip Island on the Superbike, being just one point out of the points lead. It wasn’t what we expected, but what we’d hoped for. The CBR1000RR is really strong in areas that will suit Wakefield in the next round, so we’re in a really good position. Racing both series this weekend was good for us, even though we were unable to finish the weekend in WorldSBK. For us we enjoyed it, understand what it takes a little more and I feel as though it lifted my level by being out there with the best Superbike riders in the world championship.

Josh Waters (Team Suzuki Ecstar) – Second overall:
It was a tough weekend overall. I felt great on Friday and it showed with a strong time and pole position for the weekend. I was in the lead when the rain started to come down in the first race and the conditions were getting dangerous, but the confusion in pit-lane meant we didn’t get warmers on for some time and so it made the second part of the race tough to race with the lead riders. For the rest of the weekend, we were chasing the set-up a little around the conditions and I was pushing hard all the time to keep battling for the lead. Overall I’m happy, heading into the next round second overall isn’t a bad start to the year.

Mark Chiodo (Suzuki ECSTAR Australia) – 12th overall:
I expect a lot from myself, especially having this incredible team supporting me, so to come home 12th overall, I didn’t achieve the goal I set for myself. Phillip Island is a strong circuit for me, so I really wanted to do well here, but after qualifying in 14th I had my work cut out for me in every race to even try to reach the lead group, let alone stick with them. A crash in race two put me way down the order, losing some critical points that could have seen me reach the top 10.

Bryan Staring (Kawasaki BCperformance) – First overall:
I’m exceptionally happy, just so relieved and satisfied to win with Kawasaki BCperformance. I can’t thank the team enough – they gave me a bike that was so lightning fast and, to be honest, I really had no excuse not to win! We didn’t think it’d be possible following Friday’s qualifying, but it happened and we’re so happy to achieve this result at round one.

Kyle Buckley (Kawasaki BCperformance) – 18th overall:
We achieved three consistent finishes this weekend and, although they weren’t as high as I’d aimed, I can take a lot of things out of round one. The Kawasaki BCperformance team was great all weekend, they put in a big effort and now I’m excited to get back on the bike and keep progressing from here.

Matt Walters (Swann Insurance Kawasaki) – Eighth overall:
It was a really consistent round for myself and the Swann Insurance Kawasaki team, so we’re really happy to start the season this way. We were inside the top 10 every time we rode, which is a great result. I would have liked to be up with the front-runners a bit more, but I missed the jump out of the start a few times. We can definitely work on that and improve my opening laps of the races at Wakefield Park. We’re already ahead of where we were last year, so it’s positive for us and we’re confident that we can keep on progressing at round two. The Ninja ZX-10Rs worked in all conditions, I’m really enjoying them and it’s starting to show in the results!

Mitchell Levy (ATR Yamaha) – 17th overall:
It wasn’t quite the first round that we were hoping to have, but we did the best we could with what we had and came away with some points, so I’m proud of the whole team for their efforts. The entire weekend was a great learning experience for us and we’ll definitely be taking some added knowledge into the next round, where we’ll be focusing on tyre selection to suit the track and qualifying, which is vital to achieving a strong result. 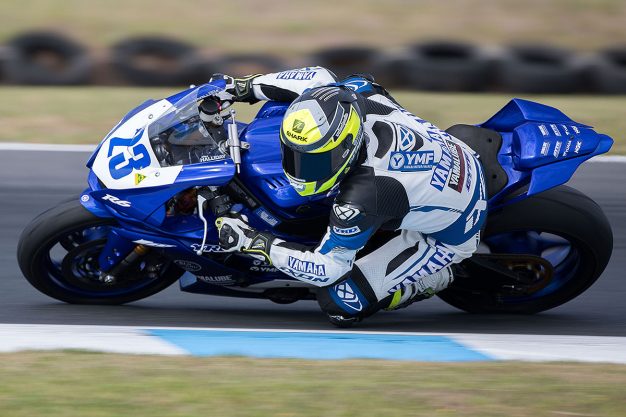 Tom Toparis (Cube Racing) – First overall:
To win all three races was such a good reward for the team and I, we’ve worked so hard and it’s been a big week. Everybody has put in so much effort and it’s a great way to start to season with 75 points. I also got points in WorldSSP, learned so much riding and it was just good fun. It’s exciting for me and really opens your eyes up! Thanks again to the team for everything, it was so good.

Cru Halliday (Yamaha Racing Team) – Second overall :
I haven’t had a lot of seat time back on the 600, so it was a positive start and one that has me well-placed. There is a lot I can take from the weekend and there are several things I can improve on, but I’m happy to come away on the podium. Things will only get better from here as myself and the team benefit from what we learned here at Phillip Island.