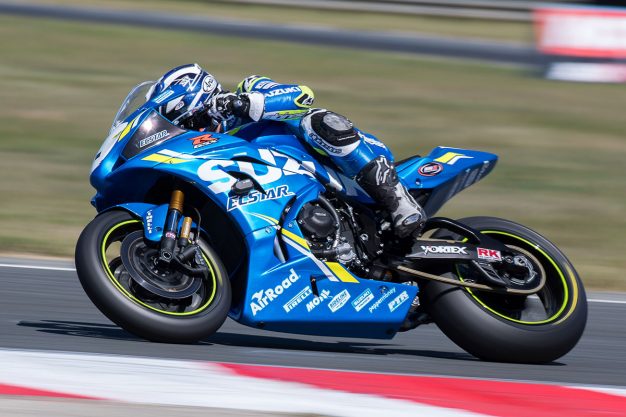 Kawasaki Supersport race one:
The opening Kawasaki Supersport race of the weekend saw Cru Halliday sprint away to victory in warm, windy conditions, dominating the opening 16-lap affair of the round. The Yamaha Racing Team rider led local favourite Tom Toparis by 4.003s across the line after posting a new lap record of 59.612s, as World Supersport regular Lachlan Epis (Kawasaki) completed the podium. Behind him came best of the rookies Broc Pearson (Yamaha), who in turn topped another impressive newcomer in Max Croker (Suzuki) – the latter undergoing surgery on a broken collarbone since Phillip Island. Croker managed to edge BCperformance’s Giuseppe Scarcella (Kawasaki) to the line, as Jordan Carlsson (Yamaha) in his first race of the season, Nic Liminton (Yamaha), Damon Rees (Honda) and Dallas Skeer (Suzuki) rounded out the top 10.

YMI Superbike race one:
It was a battle of the titans in race one of the YMI Superbikes as Wayne Maxwell (Yamaha Racing Team) edged Troy Herfoss (Penrite Honda Racing) for the victory by just 0.031s at the conclusion of 20 nail-biting laps. Each led 10 laps apiece following an entertaining duel at the front, however it was Maxwell who managed to power out of the final turn and to the chequered flag first when it counted. Behind them came reigning champion Josh Waters (Team Suzuki Ecstar) in third, running with the front two early on before gradually dropping off the rear, over six seconds back by race’s end. He was a second up on Daniel Falzon (Yamaha Racing Team), who eventually got the better of both Bryan Staring (Kawasaki BCperformance) and Troy Bayliss (DesmoSport Ducati). A lonely seventh was Glenn Allerton (Next Gen Motorsports BMW), as Jamie Stauffer (Craig McMartin Racing) kept Alex Phillis (Phillis Racing Suzuki) and Matt Walters (Swann Insurance Kawasaki) at bay, completing the top 10. Second of the factory Suzukis Mark Chiodo was an early casualty, going down in the first turn on lap one.

YMI Superbike race two:
A commanding victory in race two was enough for home hero Herfoss to clinch a third-successive round victory in Goulburn, topping race two by 1.144s over race one winner Maxwell, with Waters third. It was Maxwell who jumped out front early and led the first 11 laps from the front, however Herfoss homed in and made his move at that point. They went back and forth a number of times until the latter eventually made it stick, leading across the line from lap 12 onwards. Waters was also ahead of Herfoss for much of the race’s first half, however had to settle for P3 once again from Falzon, while Bayliss climbed to fifth this time around. Positions six through 10 were filled by Stauffer, Allerton, Phillis, Michael Blair (Yamaha) and the resurgent Kyle Buckley (Kawasaki BCperformance). Buckley’s teammate Staring – round one winner – crashed out at the midway point in turn two. The round win was all Herfoss, one point ahead of Maxwell due to his point for pole, with the ever-consistent Waters third. In the standings it’s now Herfoss atop the order, 10 points ahead of Waters, with Maxwell a further seven points in arrears. Former leader Staring has plummeted down the ranks to sixth following two rounds.

Kawasaki Supersport race two:
Back-to-back wins in Goulburn sees Halliday clinch his first round win of the year in Supersport aboard the factory-prepared YZF-R6, a comfortable 3.739s ahead of determined early leader Toparis and Pearson – those three also standing on the podium overall for the round. Halliday led from pole until Toparis dipped beneath him on lap one and set the pace across the opening five laps. Finally making his move, Halliday hit the front on lap six and that’s where he stayed. In fourth came Croker, as Scarcella got the better of Rees to take the final place in the top five. Behind them in P7 was Next Gen’s Scott Nicholson (Suzuki), followed by Cambridge Olivier (Yamaha), Jack Passfield (Yamaha) and Liminton. Notable crashers this time around were Epis and Carlsson, the latter who was involved when the race was declared following 14 laps due to an incident. In the points it’s still Toparis who is on top, four ahead of Halliday and Pearson’s now third. 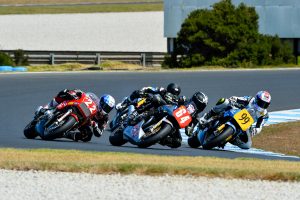 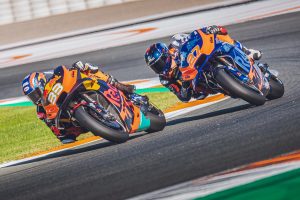 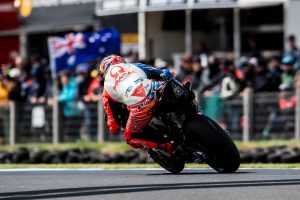