ASBK privateer on the first half of his 2018 campaign.

One of the great success stories so far in 2018 has been Alex Phillis (Phillis Racing) who is the current leading privateer in the Yamaha Motor Finance Australian Superbike Championship (ASBK). Phillis resides in eighth overall and continues to grab solid results. With the Suzuki-mounted rider catching the attention of the paddock, Phillis caught up for a chat to discuss his season so far. 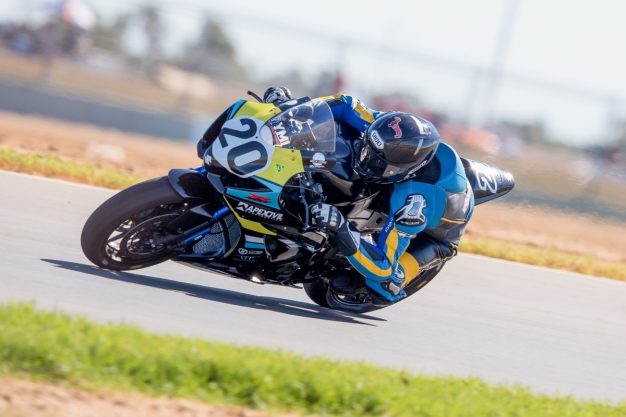 Alex, you’re currently the top privateer in the Superbike class so far. How would you sum up the early season progress?

Honestly it was a little difficult at the start – we crashed a brand-new bike at the official ASBK Test at Phillip Island. Pre-season testing was a little difficult as we had to adapt to the brand-new Suzuki. From then on, we ran with our number two bike for the first two rounds. Results took a turn for the better once we arrived at Goulburn for round two. I’ve been able to adapt to the new machinery and we made a significant step forward from there to now sit as top privateer.

Obviously, you were very competitive at The Bend Motorsport Park – sixth overall for the round. Are you happy with what you accomplished?

For sure! We’re obviously moving forward a lot and these are the results we need. If we were this competitive at the start of the season, that would have been phenomenal. It’s all about progression and I don’t see any reason why we can’t continue this forward momentum.

You’ve made the switch to Suzuki machinery this season, are you really liking the GSXR?

Definitely. I’m at the point where I can really extract the full potential of the machine and understand how to get the most of it. Suzuki’s Phil Tainton has provided us a little bit of help. The team dynamic is very professional and we’ve just been plucking away doing our own thing. I’m really enjoying the bike at the moment.

Is your team a family run outfit?

It is family funded, bar the sponsors we have helping us out. The majority of the crew are from last year’s effort. We have a longtime family friend in Ben Tompsett and he’s brought on a friend of his from the motocross scene called Tom Jones. Between them they have world championship experience in motocross and WorldSBK. We also have assistance with Tim from Ohlins and he’s had experience working at Tech3 in MotoGP. Although we have these great guys onboard, it’s absolutely a family run outfit.

Constantly well within the top 10, is it possible to go one step further and contend with guys like Wayne Maxwell, Troy Herfoss and Josh Waters just to name a few?

I think we’re slowly getting there. Over the weekend I’ve found out that one mistake can cost you fighting towards the front. If you lose that one second gap to the front you can quickly fall behind and you can’t make up that distance again. I really believe that if we were more consistent, we could have been fighting with the top contenders. I can fight up there, everything just has to fall in our favour to make it happen. 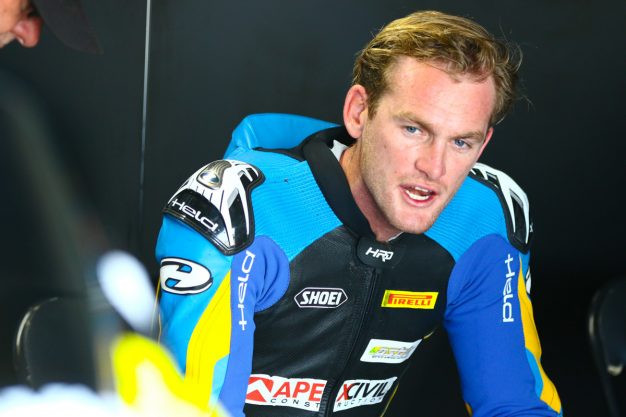 The Bend was a big weekend for everyone, did it feel like a special weekend compared to the average ASBK race meeting?

It felt different, but more because it was a new track. At circuits like Wakefield, guys like Wayne and Glenn have been racing there for about 15 years. It’s been a long time since I’ve done a full season of ASBK, so I’m still learning the tracks. Coming to a brand-new circuit gave us a leg up and evened the playing field to a degree.

As a privateer, you’re always trying to make yourself stand out. Is it in the back of your mind that if I perform well enough, I can possibly get a ride with a big team next year?

Of course, it is enjoyable running your own team because we can do everything on our own terms, but getting a factory ride is my goal for 2019. Between working and taking time off for testing and racing, makes it a challenge. It all comes down to availabilities and how well I perform. I just have to prove that I have the ability to run at the front and put results on the board.

We’ve got a longer wait until round four Hidden Valley Raceway, how do you prepare during the significant layover period?

I now have my weekends free, so I’ll be out there training on my mountain bike. I’ve got to also earn some money to finish off the season. I’m working at Apex Civil operating machinery such as excavators. My boss has even given me two days off to go testing.

Your father Robbie Phillis has obviously had a lot of success, does he still try to offer his advice or do you feel that your well on your own path now?

I’m definitely on my own path now and making my own way. I have to make things happen myself and I like to organise everything. I’ve got an understanding of the modern ways and lately I like to coordinate things myself.

What is your goal for the rest of 2018? Finish as top privateer?

Top privateer is the goal and I would like to finish as one of the top Suzuki riders. With the way points are at the moment, a top five finish in the championship may not be out of the question. It’s a big goal but I feel that it is realistic, we have to prove what we are capable of. It’s not just about points though, you really have to prove your capable of podiums and race wins.