Kawasaki BCperformance ASBK campaigner on his career as it stands.

A staple in the Kawasaki BCperformance team and now in the official Yamaha Motor Finance Australian Superbike Championship (ASBK) squad alongside Bryan Staring, the future is bright for Kyle Buckley. CycleOnline.com.au spoke to the Queenslander to get his take on a variety of topics in this latest Five Questions Why. 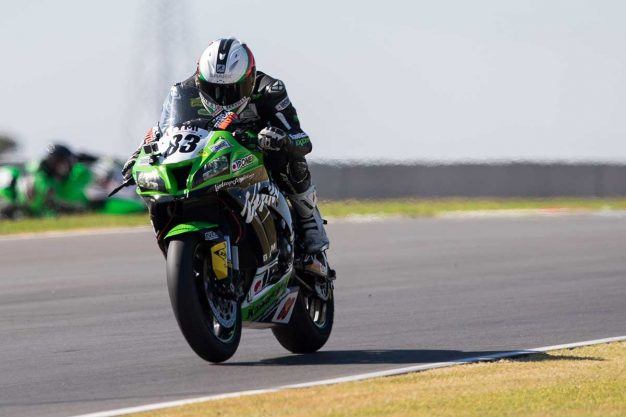 Why do you enjoy being part of Kawasaki BCperformance so much?

I’d have to say, as far as I can see around the paddock, it seems to be the most family-like bunch of guys and everyone gets along so well. The guys who have been there as long as they have, the older guys are sort of like parents to me and the family vibe is awesome. It’s just unreal and everyone is like your best mate, plus obviously we’re on one of the best bikes as well.

Why did it turn out that you progressed from the Ninja 300, to ZX-6R and all the way through to the ZX-10R?

Well, I was racing Supersport before the 300, but when I hooked up with Kelvin [Reilly] he said he wanted to bring a rider all the way through from the 300, to Supersport and then onto the Superbike. I guess I was just lucky enough to be there at the right time and be that rider for him. When you first meet someone and they say that, it sounds like a massive goal and I wasn’t too sure about it, but he’s totally fulfilled it and given me so many opportunities that I don’t think a lot of other teams would have – especially with the ups and downs I’ve had in my career.

Why do you rate the current Superbike field to be one of the toughest on record?

I think if you look at it, every fast rider – give or take – from the last 10 years is pretty much in there and a lot of these guys have been around for so long, doing great things. All the young guys who have done well in the last couple of years are also there as well, so it just seems like it couldn’t really be any stronger for Australia. It’s pretty amazing. 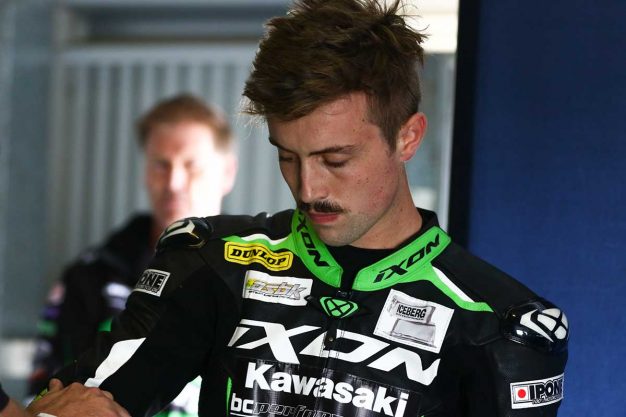 Why does a rider like you seem to be stronger at tighter, more technical circuits?

To be honest, I have no idea. Three or for years ago my strengths were the type of tracks with no bumps or tight turns like Phillip Island or Sydney, but for the last couple of years I’ve become really strong on tracks like Wakefield and Winton. I’m lucky in a way that a lot of tracks are what we call the ‘goat tracks’, but I have no idea why I’m stronger on them because I do really enjoy the faster tracks as well. The results just don’t seem to come as easy for me.

Why has it been a benefit to have the likes of Robbie Bugden and Bryan Staring as your teammates in the premier class?

When you’re on a Superbike, a lot of the problems you encounter are a lot different to a 600 or 300 obviously, so having a guy on your side that’s on the same bike as you to be able to ask questions and even to follow around is invaluable. We could have another 50 horsepower, but I don’t think that would help as much as having a good teammate and I think that’s the most valuable thing for a younger rider, so I have been really lucky both years with Robbie and Bryan on the team.