Australia’s Josh Hook captured the 2017-2018 FIM Endurance World Championship (EWC) as part of the F.C.C. TSR Honda France squad last weekend at the Coca-Cola Suzuka 8 Hours in Japan, marking the most significant achievement of his career to date. At 25 years of age, Hook has vast experience in Australia and internationally, finding a home with the Japanese-operated TSR organisation alongside French teammates Freddy Foray and Alan Techer. With a historic victory at the Le Mans 24 Hours and another one coming in the 8 Hours of Oschersleben during the five-round series, Hook’s TSR team entered Suzuka with a 10-point advantage and clinched the crown with a controlled fifth-place finish on Sunday. CycleOnline.com.au spoke to Hook post-race to reflect upon his incredible achievement. 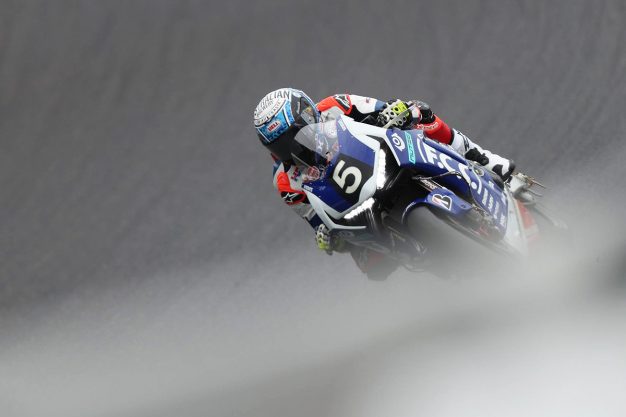 Congratulations on winning the Endurance world championship, that’s a massive achievement and you must be really, really happy with that.

Yeah, it’s obviously a massive, massive achievement for us and it’s been good to finally wrap up the championship. We’ve been in Japan for a month now, leading up to the race testing and getting ready for the event, so it’s been an extremely long month with the pressure and a long time thinking about it. It was good that we held it together and came away with the result, as the team has worked incredibly hard all year and have done an amazing job. We got a win in Le Mans and from there the results just kept coming. We had a few different chassis over the time of the championship, Honda kept upgrading it, so it wasn’t easy and we had a lot of work to do. The main thing with endurance is consistency, to make no mistakes and be consistently fast. That’s what we did this year and we were able to come away with the win.

How much different was it to enter Suzuka with the championship at front of mind, rather than the strongest possible race result?

It was definitely a different approach than what we’d usually go into a race with. You know, it would have been good to finish on the podium and I think that overall we did have the speed and pace to do that, but the championship was our goal and the team made that quite clear. It was quite difficult to stay focused in the race because we weren’t pushing at 100 percent, we had a lot of time to think during the stints. They did drag out a lot longer than what they usually would! The main thing for us was to settle into the race, see where GMT was and then basically manage it. We didn’t have to beat them, but we got a buffer at the start of the race and sort of maintained that for the duration of the race, which is more than what we had to do. Overall we were consistent and made no mistakes once again, so it paid out for us. 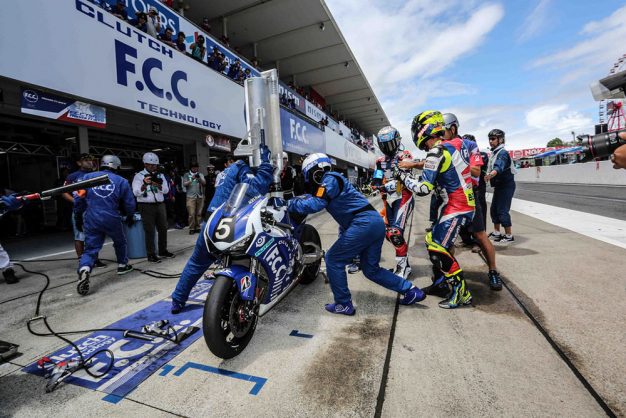 The conditions were considerably tough over the course of the race, being wet dry and in between, so that only made the job that bit more challenging, didn’t it?

Yeah, it was a lot more challenging than we expected. A typhoon came through the day before, so they weren’t quite sure on what the weather was going to do. It was dry at the start and then on the grid it started raining, so even through the race I was out on slick tyres in pissing down rain, but the boys told me to stay out because they were only small showers. We made a lot of decisions in the race that did help us, but it was definitely more tricky than a normal race here. We had all sorts of conditions thrown at us, but my pit crew and teammates did an amazing job to do what we had to do.

In terms of EWC, every year it seems to get more widely recognised and more competitive as well. What’s your take on the series as it stands?

For sure and I think that the Suzuka 8 Hours helps a lot because there are so many factory teams. They get in a lot of world-class riders from MotoGP, WorldSBK and BSB, so it builds up the hype and the level of the championship as well. This year we kept the team that we had all season, ran the same for Suzuka, and we were competitive. It’s good to show the level of the Endurance World Championship and now, in my opinion, the level is a lot higher than what it once was. There seems to be a lot of riders from MotoGP and WorldSBK that have retired from those championships and have come across to endurance because they think it’s a championship to be in and it is. It’s growing and in France we get over 100,000 spectators to an event, so it’s massive in Europe and also Japan as you know. I think it’s only going to get better. 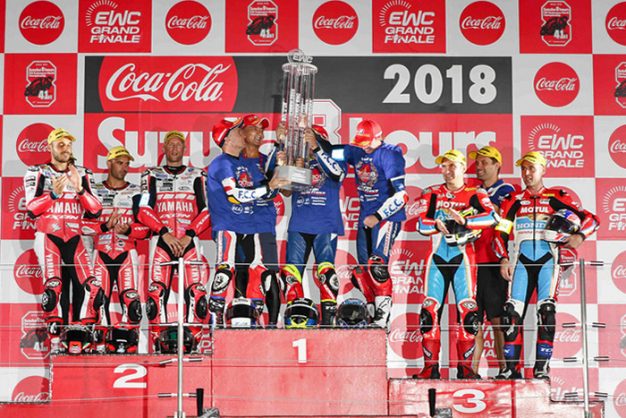 You guys had a couple of big wins during the season including Le Mans and Oschersleben, but what was the highlight on reflection?

I mean, the first win was the Le Mans 24 Hours, so that was massive and probably the highlight, but now we are the champions and I think that’s a massive thing. The team, the consistency and how we got on through the year, it’s like one big family and we know what works or what doesn’t. We all get on really good and I think in endurance that’s the main thing, to be competitive as a whole package, rather than as a standalone rider. That was definitely our strong point this year.

As a rider you obviously always dream to become world champion and this one for you has come in EWC. Do you want to continue in endurance or are you still in search of a ride in other championships at this stage in your career?

Well, you know, I’ve just become world champion in endurance and to me that’s a good enough championship to take. It’s actually the first championship that I’ve had in a long time, especially overseas since it’s my first. I’m pretty happy with that and at the moment I’m happy to stay where I can for a long time [laughs], because I’m riding the best bike and am making a comfortable living riding with good teammates, a good team and good partners like Bridgestone and Showa – we’re all on the good gear. I’d be mad to step away from that to go and start from the bottom again in another championship, because I’m in a world championship at the moment in one of the best teams in the paddock, so that would be quite hard to get to in another championship if I was to step away from EWC. As you know, it’s very hard no matter where you are to get to a point in where you’re comfortable and familiar, happy with where you’re at. For me, now I’m in a place where I’m happy and we’re winning races, so at this moment I don’t want to go anywhere.