Australian Superbike regular Bryan Staring was granted a rare opportunity to race the weekend’s Phillip Island grand prix in the Moto2 category, replacing Bo Bendsneyder at Tech3 Racing for the 17th round of the world championship. The Western Australian is no stranger to the grand prix paddock, having completed an entire MotoGP campaign in 2012, although it marked his first ever appearance aboard a Moto2 machine.

Receiving the call to race Moto2 at Phillip Island…

It was a privilege really – that would be the one word response for receiving the call. It was good for me and it was good that my team Kawasaki BCperformance didn’t have any intentions of racing the grand prix from the beginning of the year. It made me available, and also a massive thanks to them for giving me permission to do it. No matter which category you’re riding in, it’s always a privilege to race your home grand prix – especially with Tech3, it was a real pleasure.

It’s my only experience with a Moto2 bike, so I don’t have anything to compare it with. My impression was that I haven’t ridden a 600cc in many years, and they’re really slow – I couldn’t believe how slow the engine was, but obviously they’re all the same. The motorbike in general wasn’t what I anticipated – I expected a really rigid, unforgiving chassis, but that’s not what I found at all. I found it was quite supple and it rode the bumps well, but it was definitely difficult to ride with the technique of it relative to what I know. Overall, it was an enjoyable motorbike to ride. 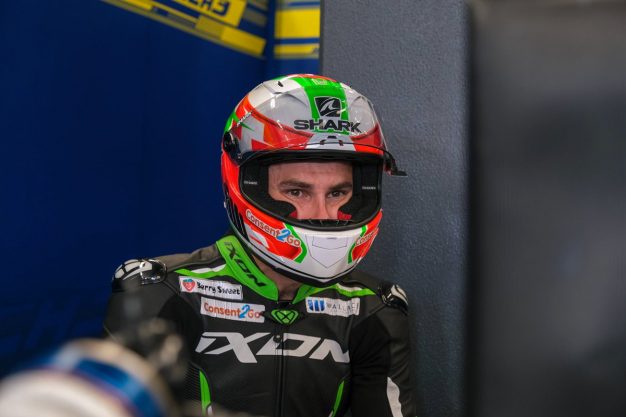 I’m still annoyed that happened because it really ruined my weekend, not that I lost the one session, but the knock-on effects of a crash like that just keep continuing. Not only did I really need the track time there – I lost all of FP2 – but we also had technical problems with the bike in FP3 and qualifying. It wasn’t that I lost the one session and everything was back to hunky-dory again. A lot of our data-logging equipment wasn’t working on Saturday, and there were a few items that weren’t identified in the crash that needed replacing. So all of Saturday was really difficult. The knock-on effect of that accident really ruined the weekend – I’ll never know how differently everything would’ve played out had it not been for that accident, but ended up playing a massive, massive effect on our weekend. I’m still annoyed with that rider for riding so carelessly.

I was really disappointed with my race, that’s the conclusion of it. I rode the best I could on every lap of the race, and we still went into the race changing fork springs and things like that. I wouldn’t say we hit the nail on the head with any of that – we were too challenged over the weekend. I did my best in the race, I feel I did my job for the weekend which was bringing it home. Unfortunately I wasn’t able to race for the position I dreamed of, but that’s just how it goes. Overall, it was good consolation that the team were genuinely happy with my efforts – they thought I did a reasonable job. I guess that picked up my spirits slightly.

Being back in the grand prix paddock…

It was good. When I walked out of that paddock five years ago now, I never thought I’d race a grand prix again in my life. That came about – it was wasn’t something I searched for or wanted to do, it’s just the fact that my phone happened to ring and the opportunity presented itself. In the future I don’t exactly have intentions of being a grand prix racer, but the reason it was such a good opportunity is that other opportunities come from the exposure and so on. That’s all above and beyond that it’s a such a honour, pleasure and challenge to be there. 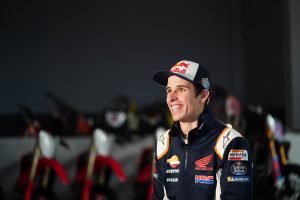