The major 2019 models that captured our attention at Melbourne Showgrounds.

Another Moto Expo is in the books following the 2018 edition at Melbourne Showgrounds. While not every major manufacturer was in attendance, there were still a heap of fresh new 2019 models on display – many of those arriving direct from EICMA in Italy. CycleOnline.com.au lists a selection of our favourites that we spotted on-hand during the weekend. 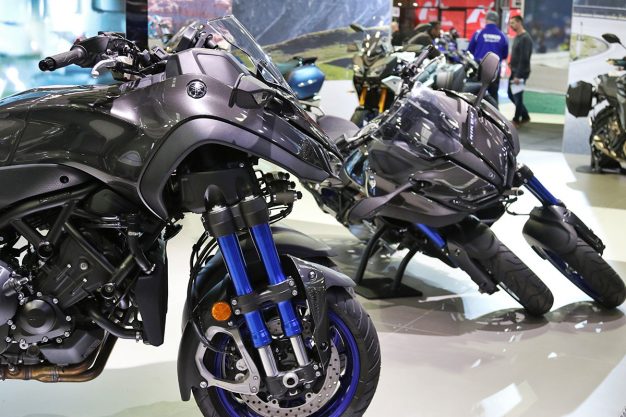 1. 2019 Yamaha Niken:
The centrepiece of a gigantic Yamaha Motor Australia stand at Moto Expo Melbourne was the brand’s fascinating new Niken model. The large-displacement Leaning Multi-Wheeler (LMW) is powered by a triple-cylinder engine, designed to offer exceptional feel and stability in turns.

2. 2019 MV Agusta Turismo Veloce 800 Lusso SCS RC:
Just listening to MV Agusta Australia representatives speak about the Turismo Veloce 800 Lusso SCS RC for a few moments and their immense passion regarding this model is evident. The primary talking point is, of course, the innovative new Smart Clutch System (SCS) and we’re excited to experience it for ourselves in the future. 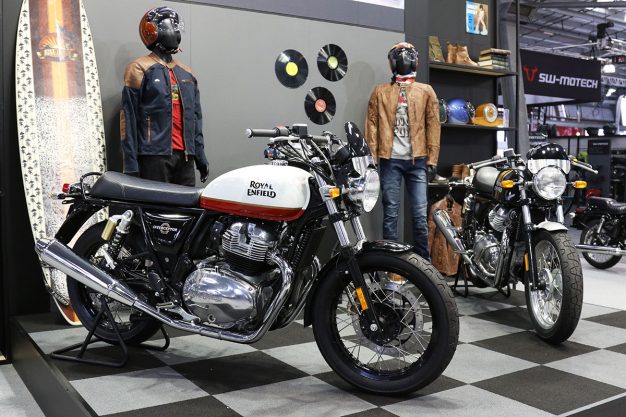 4. 2019 Kawasaki Versys 1000 SE:
Fresh from its unveil at EICMA, Kawasaki Motors Australia had the heavily-updated Versys 1000 SE on hand at Moto Expo. Stacked with electronic enhancements including electronically controlled front and rear suspension, quick-shifter, traction control, cruise control, electronic throttle valves, a TFT dash and an adjustable screen, there’s a lot to be excited for with this ride.

5. 2019 BMW S 1000 RR:
BMW Motorrad Australia has its brand new superbike contender, the S 1000 RR, atop its container stand in Melbourne, offering a first-look at the model in this country. Lightweight, more powerful and – as a result – quicker around race-tracks, this third-gen model is packed with technology and looks significantly better than previous editions in the flesh.

6. 2019 Kawasaki Z400:
A new kid on the block, another major unveil from Kawasaki was the brand new Z400. Powered by a rider-friendly 399cc parallel twin, complete with an assist/slipper clutch, this bike is lighter and more powerful than its predecessor.

7. 2019 Kawasaki Ninja ZX-6R/Ninja ZX-10RR:
The more advanced 2019 model ZX-6R has plenty of appeal, featuring sleeker, sharper, styling that catches the eye. It now has the the Kawasaki Quick Shifter (KQS), twin LED lighting and additional tech that ups its presence in the supersport category. Alongside, the limited edition ZX-10RR was also on show, designed with WorldSBK in mind via top-level motor upgrades. 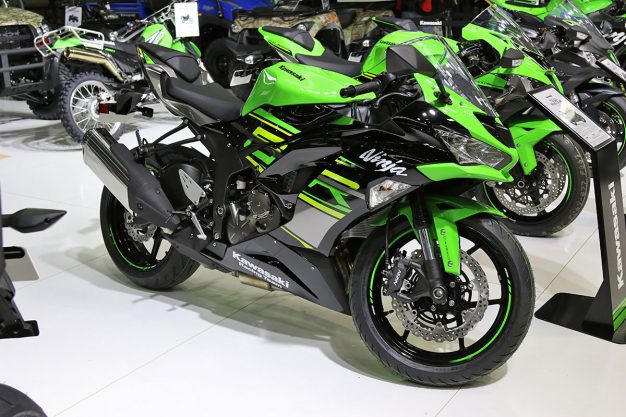 8. 2019 Yamaha YZF-R3:
Yamaha’s new generation YZF-R3 was in the mix, the 321cc twin-cylinder styled more similar to the latest R1 and R6. You’ll find KYB inverted forks combined with a new triple-clamp, lower handlebars, revised fuel tank design and more, which will no doubt result in an even more competitive package on road and track. Reduces aero drag should increase top speed by eight kilometres!

9. 2019 BMW R 1250 GS Adventure/BMW F 850 GS Adventure:
Two major new models from BMW that also grabbed our attention were the R 1250 GS and F 850 GS Adventure bikes. Each updated for the new model year and arriving direct from their EICMA release in Milan, they were centrepieces at the outdoor stand and will be certain to continue as popular options in the market.

10. 2019 Triumph Street Twin/Street Scrambler:
This year saw Triumph air-freight in the new Street Twin and Street Scrambler models especially for Moto Expo, which feature significant enhancements in power and equipment. Performance is increased via the torquey 900cc Bonneville engine, which has 18 percent more power for the new year and a higher RPM ceiling. The style of these motorcycles is spot-on.