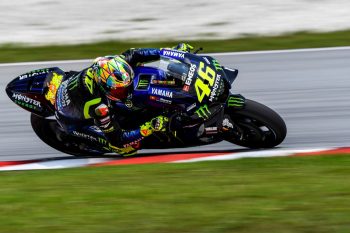 Valentino Rossi has uncovered a performance boost on day two of Sepang’s official MotoGP World Championship test in Malaysia, ultimately winding up sixth on the timesheets.

The upgraded YZR-M1 powerplant has been a key focus of the new-look Monster Energy Yamaha MotoGP team, which has evidently played out positively with a satisfied nine-time world champion.

With new components still to be rolled out during today’s final outing, the popular Italian is optimistic in the final result he’ll extract from the first pre-season test.

“We continued to work because we had some other items to improve and also today was not so bad,” Rossi explained. “We found something that improved the performance and I think we did a good job.

“At the end my pace was always quite strong. So, it was a quite positive second day and we still have something to test tomorrow. We will try to continue to work and we’ll see what our situation is like at the end of the three days.”