Questions answered on Australian riders to watch globally in 2019.

With many global championships commencing in the coming months, there are plenty of Aussies confirmed to be taking on the challenge of racing the world’s best in 2019. To keep you up to do date of who’s racing where, CycleOnline.com.au compiled a selection of burning questions and answers on Aussie riders racing full-time overseas. 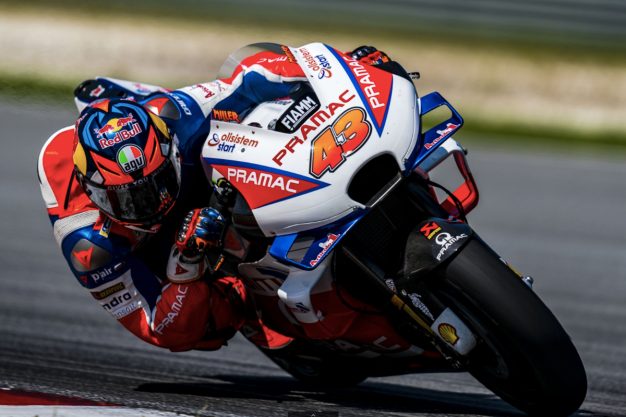 Q: MotoGP is just around the corner, are there any Australians on the grid?

A: Of course! Queenslander Jack Miller will be continuing in the premier category with Pramac Racing, although this year he’ll be piloting the current-spec Ducati Desmosedici GP19. He showed some really promising pace at the recent official test in Malaysia, so it’s going to be an exciting year following his progress in the championship.

Q: What about the Moto2 or Moto3 categories?

A: There won’t be any Aussies in Moto3, however Remy Gardner – son of former grand prix motorcycle world champion Wayne Gardner – will be back in the intermediate category. This year marks a transition to the ONEXOX TKKR SAG Racing Team for Gardner, and with some impressive showings under his belt last season, it will be interesting to see where winds up in 2019.

Q: WorldSBK starts this weekend in Australia, are there any local to keep an eye out for?

A: In terms of full-time seats in the main classes, no, unfortunately. Troy Herfoss (Penrite Honda Racing) and Tom Toparis (Landbridge Transport Yamaha) have scored wildcards for Phillip Island’s opener in WorldSBK and WorldSSP respectively, and when the championship heads back to Europe, you can expect to see youthful talents Tom Edwards and Tom Bramich in WorldSSP300.

Q: The Endurance World Championship has featured a few Aussies over the years, is that the same for 2019?

A: Absolutely! Josh Hook will be back to defend the EWC crown with F.C.C. TSR Honda France, as Broc Parkes will continue on with Yamaha Austria Racing Team. Both are in contention for the crown following the first round, and as we’ve seen in EWC before, anything can and will happen. Expect to see a couple more Aussies pop up in this championship throughout the year as well.

Q: And the British Superbike Championship has been popular too, who can we expect to see lining up?

A: It’s a big year for Australians in the BSB! Title challenger Josh Brookes has transferred to Be Wiser Ducati outfit, while his position at McAms Yamaha has been fulfilled by Jason O’Halloran. Ben Currie has signed a deal with Bournemouth Kawasaki and will graduate to the premier class, while the support categories will feature a strong Australian presence, including Levi Day (STK1000) and Billy McConnell (STK1000).

Q: Any other riders racing internationally that we should know of?

A: EWC riders Hook and Parkes will be taking on additional duties this year – Hook will challenge the inaugural MotoE World Cup with Pramac Racing, as Parkes has a found a seat in the Asia Road Racing Championship with Yamaha Racing Team ASEAN. Despite being provisionally suspended, Anthony West will be making appearances in the non FIM-sanctioned Brazil Superbike championship.