Race-week has arrived down at Phillip Island for the opening rounds of the 2019 Motul Superbike World Championship (WorldSBK), as well as the new-look Motul Pirelli Australian Superbike Championship (ASBK). This week on Cycleview, we’ll look ahead to what’s about to play out.

From memory, I don’t think I’ve been more excited for the season to begin, from both an international and domestic standpoint. That’s partially because of what we’ve witnessed in testing – the times are close and round one could be anyone’s.

Of course, we spoke of the ASBK test at the beginning of this month, which was topped by new Suzuki recruit Wayne Maxwell, however it was incredibly close up front. The top six were within the 1m32s bracket, while no less than eight riders were within the same second.

Testing doesn’t always tell the entire story however and soft tyres do come into play. When the lights go out on race one, we expect an assortment of riders vying for their place on the podium. At the same time, you always want to exit round one in a good position, setting up the long-game in search of the title later on. 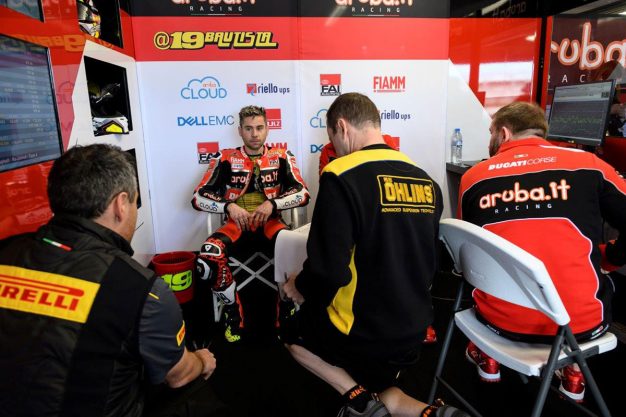 We received news this week that Link International would be taking over the naming-rights sponsorship with both Motul and Pirelli, stepping up from their previous presenting position. That move comes following the departure of Yamaha Motor Finance (YMF), which incidentally is a major backer of the Australian WorldSBK round.

Also confirmed was the television coverage for this year, which now includes live broadcasting via Fox Sports during the WorldSBK round. That’s a significant step forward for fans who aren’t able to make it down to the opener, so kudos to Motorcycling Australia (MA) for pulling that together.

Bikes will be on-track from tomorrow afternoon in terms of the national action, so keep an eye out for updates throughout the weekend right here on CycleOnline.com.au. We’ll be on location at all seven rounds once again this year and look forward to what is certain to be another remarkable year.

As mentioned last week, I was down in the region last Saturday evening for the Kawasaki Racing Team launch, led by Jonathan Rea and new teammate Leon Haslam, which was a neat experience in itself. Sunday saw the brand new Moriwaki Althea Honda Team introduced, also in Australia, prior to testing beginning on Monday.

The two days of testing at Phillip Island on Monday and Tuesday is always a significant event and this year there was no denying that Alvaro Bautista was the most competitive on top of the timesheets both days. He was supremely quick on race tyres and consistent, which bodes well for the three-race weekend ahead.

I’m intrigued to see the Spaniard move across from MotoGP to World Superbike since he was quite strong last year and the new Ducati V4 is said to be largely placed upon the Desmosedici he comes across from. Right now, Bautista appears most likely to challenge Rea all the way if he’s to pick up a fifth-straight crown.

Unfortunately things were somewhat tougher for local wildcard Troy Herfoss and his Penrite Honda Racing team, stuck at the bottom of the order as they get to grips with a vastly modified CBR1000RR. Fingers crossed they make steps forward come Friday. That’s it from me for this week, here’s Jeremy… 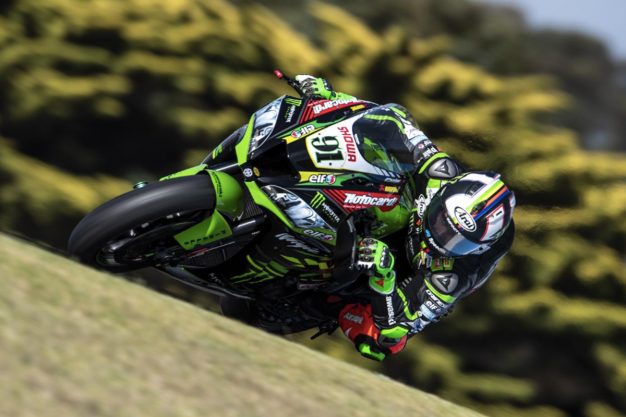 Just as Alex mentioned, I’ve never been this excited for a race season to get underway! When it comes to the premier international road racing championships, my personal interests have always been more invested in MotoGP, but this year, there’s a lot be interested and excited about in WorldSBK.

I think it’s a combination of increased competition, two new factory teams, and an array of new and updated machines. I can’t wait to see how this championship unfolds, and I honestly believe we’re in for one of the best seasons of Superbike racing in recent years.

Monday and Tuesday’s test at Phillip Island drew some surprises, which really makes you question your ‘fantasy’ picks for the weekend. Bautista was obviously highly-impressive, setting the pace on both days. He rode extremely well at the Phillip Island grand prix last year while filling in at Ducati Team in MotoGP, winding up in P4 – so he knows how to race the circuit well with the right machinery.

The biggest surprise to me from the Island’s test? Tom Sykes. While I’d never doubt his ability to be right in the mix, I did have my reservations about the new BMW Motorrad WorldSBK squad getting up to speed with its updated S 1000 RR. But, they’ve proved me wrong – and I’m sure many others – after Sykes was able to set a blistering lap, positioning him second in the times. Hopefully they can translate that pace into race results this weekend.

Returning to WorldSBK after a number years in the British Superbike Championship (BSB), Leon Haslam has also been quite impressive during testing, with his best performance coming this week. Settling in at the Kawasaki Racing Team, the British ace was third in the classification, edging out teammate and four-time world champion Rea. I wasn’t too sure where he’d sit amongst the field, but it looks he could be a podium regular in 2019.

It was odd to see the Pata Yamaha WorldSBK Team outside of the top five, especially after being quite strong at the two previous pre-season tests, but in saying that, the times were quite close. Micheal van der Mark was seventh, followed by Alex Lowes in ninth.