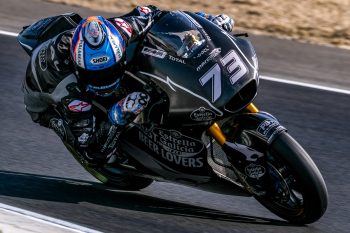 That continued the trend of close competition from the first day of track action, although conditions were much windier on day two. Behind the top trio came Lorenzo Baldassarri (FlexBox HP40) in fourth, less than a tenth back, with day one’s quickest man, Luca Marini (Sky Racing Team VR46), completing the top five.

In Moto3, Aron Canet (Sterilgarda Max Racing Team) topped the second day, setting a 1m46.455s in windier conditions. But as it was on Wednesday, there were three riders within a tenth at the top and Canet was closely followed by Jaume Masia (Bester Capital Dubai) and day one’s fastest Tony Arbolino (Snipers Team).

The Italian remains fastest overall, however, and was the fastest Honda after KTM flipped the trend to take a 1-2 on day two. Next up was Lorenzo Dalla Porta (Leopard Racing) in fourth as he pipped teammate and day two crasher Marcos Ramirez, with the two Estrella Galicia 0,0 machines also two-by-two just behind. Alonso Lopez was just ahead of rookie teammate Sergio Garcia by half a tenth, with both showing good pace.

Rookie Tom Booth-Amos (CIP – Green Power) was one crasher and he dented his track time, and compatriot John McPhee (Petronas Sprinta Racing) also suffered an off.

Kaito Toba (Honda Team Asia), Ramirez and Antonelli all crashed at Turn 11 within a few minutes of each other, but the incidents were unrelated. Action continues tomorrow at Jerez. 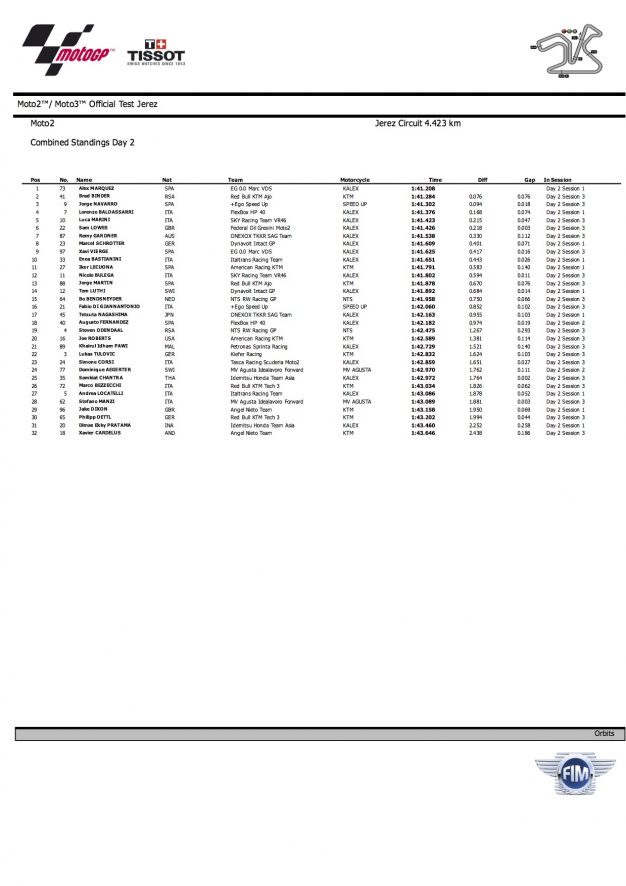 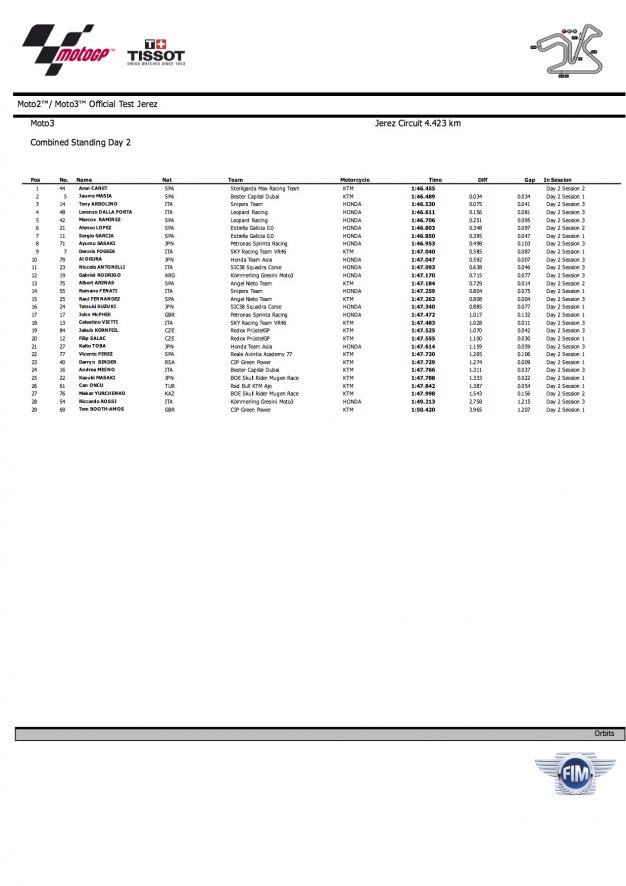