Supersport champion impresses in round one at Phillip Island. 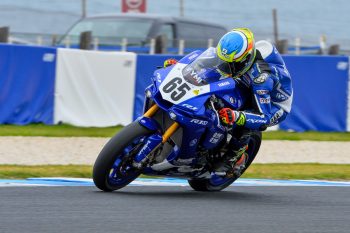 Reigning Supersport champion Cru Halliday is stunned by his incredible return to the premier class at Phillip Island’s first round of the 2019 Motul Pirelli Australian Superbike Championship (ASBK) over the weekend.

The Yamaha Racing Team talent considers the seaside Phillip Island circuit as a ‘bogey’ track, making his runner-up overall result in the highly-competitive even more surprising.

P2 in qualifying set the tone for Halliday over the duration of the weekend, as he went onto record a stellar 4-2-3 results sheet, finishing up behind overall victor Aiden Wagner (Yamaha).

“If you had of told me on Thursday I would leave Phillip Island second in points on my return to ASBK, I would have said you are dreaming,” Halliday explained. “We started the week strongly but still needing to find some speed, and the YRT crew went to work and found exactly what was required and the bike was amazing in every race.

“The depth of the field this year is good and the opening few laps of every race is so intense as track position is vital. You simply can’t give up positions early in the race as they are so hard to get back with the amount of talent on the track this year. But I’m stoked with the weekend and can’t thank everyone at YRT enough.

“Kevy gave me a bit of a revving early in the week and threatened me about putting his grandmother on the bike if I didn’t step up and that’s what I needed. Thanks to the entire team and so motivated to make the most of this start to the season and keep the Yamaha R1M at the front of the pack at the next round.”

The Australian Superbike Championship will now head to Wakefield Park in New South Wales on 22-24 March for the second stop of the seven-round series.