Racer comments from Victoria's first round of the year.

A selection of riders detail their day at Phillip Island’s opening round of the 2019 Motul Pirelli Australian Superbike Championship (ASBK). Team and privateer competitors can submit comments to [email protected] by Monday afternoon following events for inclusion in the post-event Quotebook feature. 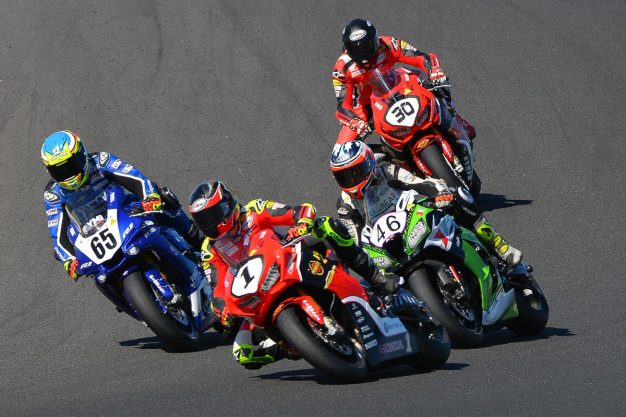 Aiden Wagner (Yamaha) – First overall:
It’s great to get the round win and prove as a privateer package with some good guys behind me that we’re really strong. Although I am a privateer, there are some experienced guys building the bike and making it a pleasure for me to ride. We did a good job over the weekend, and to take the points lead is great for me and the team. I can’t thank everyone enough who is behind me and for all the support.

Cru Halliday (Yamaha Racing Team) – Second overall:
If you had of told me on Thursday I would leave Phillip Island second in points on my return to ASBK, I would have said you are dreaming. We started the week strongly but still needing to find some speed but the YRT crew went to work and found exactly what was required and the bike was amazing in every race. The depth of the field this year is good and the opening few laps of every race is so intense as track position is vital. You simply can’t give up positions early in the race as they are so hard to get back with the amount of talent on the track this year. But I’m stoked with the weekend and can’t thank everyone at YRT enough. Kevy gave me a bit of a revving early in the week and threatened me about putting his grandmother on the bike if I didn’t step up and that’s what I needed. Thanks to the entire team and so motivated to make the most of this start to the season and keep the Yamaha R1M at the front of the pack at the next round.

Daniel Falzon (Yamaha Racing Team) – Ninth overall:
While the overall result wasn’t great to finish in ninth, I think there are a lot of positives I can take away from the weekend. I was able to set a personal best around Phillip Island in qualifying and then lower it again in the final race, so we have made gains in both the bike and myself over the past few months. The racing was close and I was never further than two seconds from the lead in any race, it was just the fall in race two that cost me in the points but there is a long way to go and I just need to ensure this is my worst round and I stay fast and consistent throughout the rest of the championship. With eight to ten riders capable of winning races, each round could see a big mix up in the points, so staying inside the top three in each race will be vital. We have showed we are capable of that here this weekend, so we will regroup over the next week and come back at round two focused on getting back onto the podium.

Troy Bayliss (DesmoSport Ducati) – DNF:
That’s not the way I thought this season would start, that’s for sure. Breaking the little finger on my left hand wasn’t ideal, but I was able to ride with it. The team did a great job in rebuilding the bike after the second crash, and when I headed out for race two, I was confident I would be able to race and collect some points, even after confirming that I’d broken the end of my middle finger on my right hand. On the out-lap though, I just couldn’t pull the brake lever properly. I’m really disappointed, but I’m booked for surgery on Tuesday and I’ll be back, ready to ride for round two next month.

Troy Herfoss (Penrite Honda Racing) – Sixth overall:
It was a very trying weekend, but I feel really good about how it ended. In race three, Wayne [Maxwell] and I were able to close the gap to the leaders. My body felt good, I didn’t have the outright pace, but I was able to repeat my best lap-time almost every lap to hang onto the back of that bunch.It’s a long championship with seven rounds and I feel really good on the bike. There were some things happening there in the last race that make me feel good heading onto the next round, so we will take confidence from that and move onto Wakefield Park – I’ve had a lot of good results there in the past! You always dream of racing WorldSBK, so if the opportunity comes up it’s hard to say no,” the 32-year-old Gold Coast resident added. “In hindsight, we were underprepared and we were riding in a very hard and classy field. I don’t regret trying, I just wish I could’ve represented the Australian Superbike Championship a bit better on the world stage, but thanks to all who made it happen.

Mark Chiodo (Penrite Honda Racing) – 14th overall:
From the test we improved a lot. We improved every session and it’s starting to feel like my bike now. My results weren’t the best, but everyone was going so quick! The second race was the best I had ridden, but I ran off the track, and in the final one I ran off in the first turn, but managed to come through the field. I think at the second round I’ll be in a good position.”

Bryan Staring (Kawasaki BCperformance) – Fifth overall:
The weekend wasn’t too bad at all. I’m quite frustrated with my qualifying performance, because overall that’s what cost us a better result this round. I managed to get away with it in the first race, which was good for the confidence to stand on the podium early on in the series. One podium was good, fourth in race two was also good, but today’s eighth place was a killer for us in points. Fortunately, I’ve come out of the first round with three decent finishes and we can now attack the championship from here. The team put in a big effort this weekend, so a big thanks to them.

Lachlan Epis (Kawasaki BCperformance) – 19th overall:
It certainly wasn’t an easy weekend in terms of results, mainly still adapting to the Kawasaki Ninja ZX-10RR. All the guys are working really hard and we’re gelling really well. The bike is definitely capable as we saw Bryan up on the podium in race one, so there are just things to work on myself. I definitely gained a lot of knowledge and we have a lot of information to work through and understand moving onto round two from here at Wakefield Park. The final result wasn’t what I was hoping for, but I know where I need to move forward now and can’t wait to get back on the bike again.

Glenn Allerton (Maxima BMW) – Eighth overall:
Edge grip has been something I have struggled with. We definitely made an improvement in race three, but just not quite enough. We need to find another half a second. If we do, I believe we will be really strong. I came here to try and win races and I didn’t get anywhere near that, so I’m not content with the result. However, this is racing and you just have to push through the bad days and look forward to the good days.

Ted Collins (Maxima BMW) – 10th overall:
Shane Kinderis and the Maxima BMW team made some really good changes to the BMW S 1000 RR, which improved our pace at the start of the race which is what I was lacking yesterday’s races. My goal for the year is to be consistently inside the top ten of the championship. We are off to a good start and really looking forward to round two in a few weeks’ time. 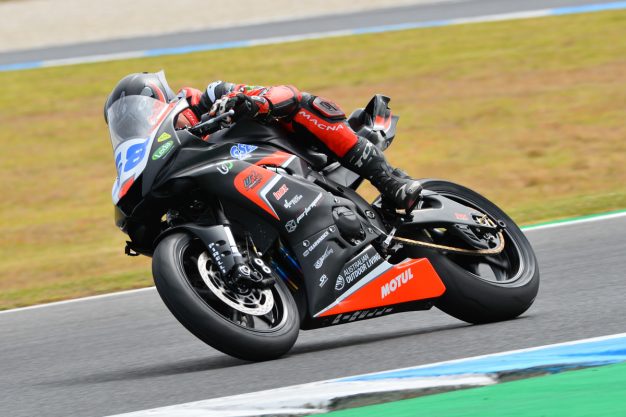 Oli Bayliss (Cube Racing) – Third overall:
I’m really happy with that result. I knew I would be able to race near the lead group, but to finish with a podium is awesome. I made some mistakes, and had a few moments out on track, but was able to keep my head, stay with the riders around me and keep pushing. Riding the 600 is so much fun. I’m learning a lot every time I ride the bike and I’m lucky to have a great team and sponsors behind me this year.