Australian duo Miller and Gardner third within their respective categories. 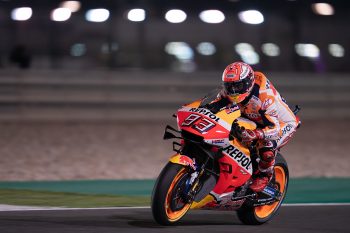 Repsol Honda’s reigning MotoGP world champion Marc Marquez was fastest on Friday in Qatar’s opening round of the 2019 MotoGP World Championship, posting the fastest-ever lap of Losail Circuit under lights.

The seven-time world champion’s new lap record – nearly half a second clear at the top – laid down an early benchmark that puts him squarely in the driving seat, but it’s not one-lap pace that’s been in doubt for the Spaniard.

Coming back from surgery to his shoulder, longevity and consistency is the question on everyone’s lips. And behind Marquez’ eyebrow-raiser of a 1m53.380s, the riders were packed together down the timesheets. The first of those was Maverick Vinales (Monster Energy Yamaha MotoGP), who had close company in the form of Jack Miller (Alma Pramac Racing) as the Australian ended Friday just 0.054s off the Spaniard.

Next up behind Miller was another Ducati, Mission Winnow Ducati Team newcomer Danilo Petrucci, who was the top Borgo Panigale factory team rider once again, as he was in testing. Teammate and 2018 Qatar winner Andrea Dovizioso was in sixth, but not far off. Splitting the two Italian factory machines was another impressive performance from Fabio Quartararo (Petronas Yamaha SRT). The French rookie was the fastest newcomer to the class once again and threatened the top just like in testing.

And his teammate, Franco Morbidelli, had a solid showing on day one too, slotting it just behind Dovizioso – pushed down to P7 by just 0.019s despite a crash. Team Suzuki Ecstar’s Alex Rins was eighth quickest on Friday by another tiny gap of less than half a tenth, just ahead of Aprilia Racing Team Gresini’s Aleix Espargaro. Rookie Joan Mir (Team Suzuki Ecstar) completed the top 10, only a tenth off teammate Rins and briefly top before times tumbled.

So who’s missing in the provisional Q2 qualifiers? First is the still-recovering Jorge Lorenzo (Repsol Honda Team), near the top in the morning, who just got relegated to 11th by Rins’ final fast lap at the end of FP2. And Valentino Rossi (Monster Energy Yamaha MotoGP), the fastest man in the first session just ahead of Lorenzo, ended the day in 17th overall and was just 0.005s ahead of Red Bull KTM Factory Racing’s Pol Espargaro so the two will be pushing to move forward in FP3.

Lorenzo Baldassarri (Flexbox HP 40) led the way in an exceptionally tight Moto2 field with a record lap of 1m58.635s, with just three quarters of a second separating the top 15. The Italian was a quarter of a second ahead of FP1’s fastest Marcel Schrotter (Dynavolt Intact GP), as in-form Australian Remy Gardner (ONEXOX TKKR SAG Team) locked out the top three, only 0.030s in arrears to begin the new Triumph-powered era.

Aron Canet (Sterilgarda Max Racing Team) blitzed the Moto3 field by the end of day one, the only rider to go below the 2m05s barrier at a record 2m04.561s and an impressive 0.595s clear of FP1’s fastest man, the returning Romano Fenati (Snipers Team). It was close competition to complete the top three, as 2016 Qatar winner Niccolo Antonelli (SIC58 Squadra Corse) was third quickest on the combined time-sheets. 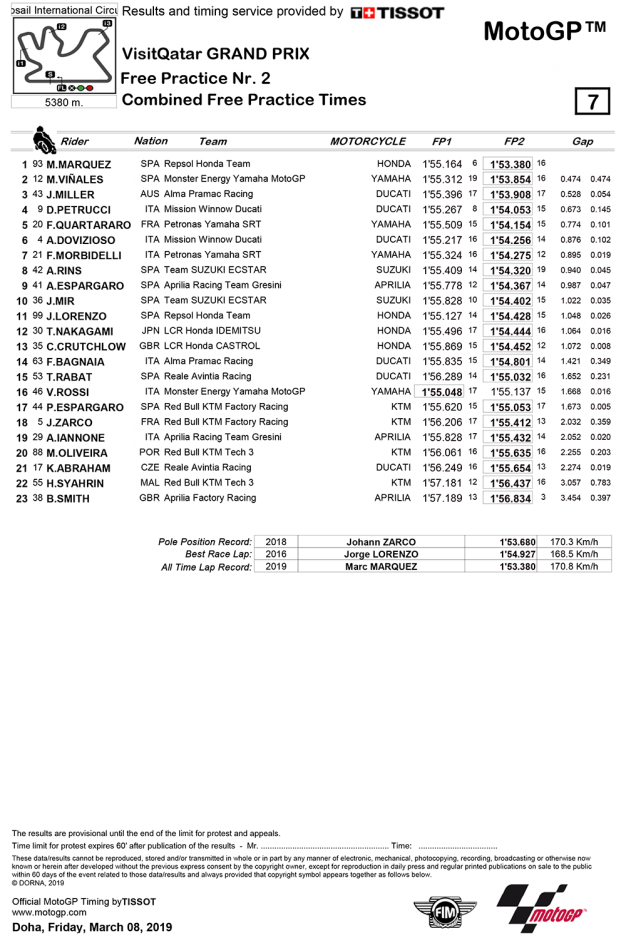 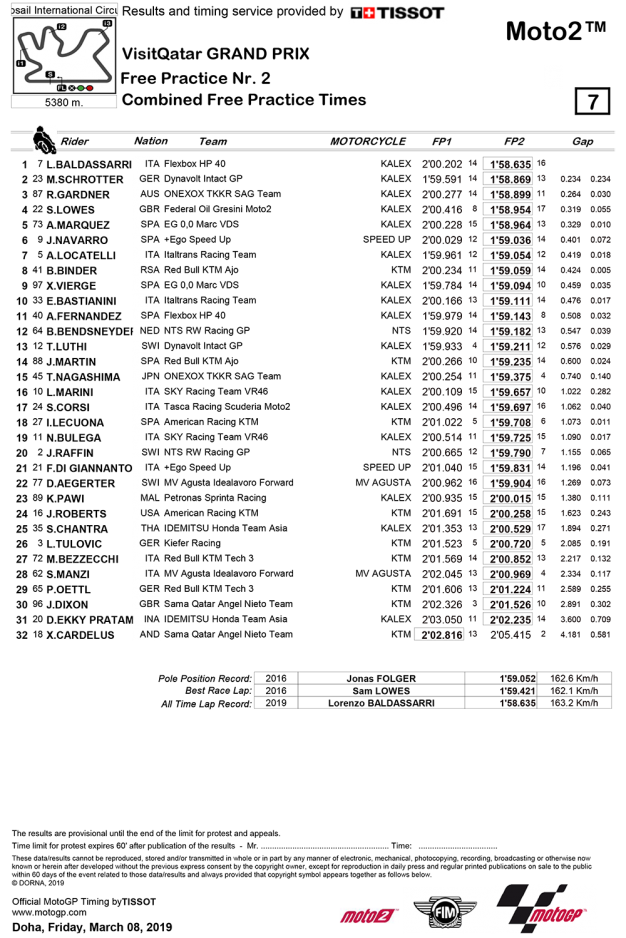 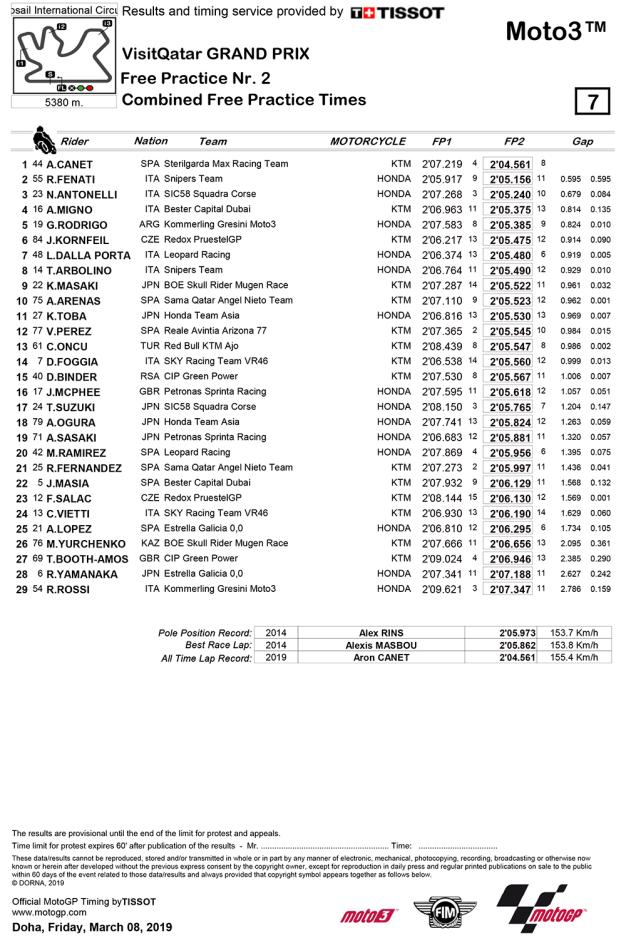