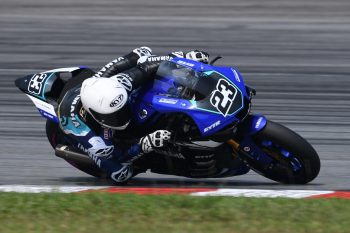 Australian Broc Parkes has described his weekend at Sepang International Circuit’s opening round of the 2019 Asia Road Racing Championship (ARRC) in Malaysia as a ‘mixed bag’ after lodging a 3-5 scorecard.

Contesting the newly-introduced ASB1000 with Yamaha Racing Team ASEAN, Parkes started the weekend strongly by placing his YZF-R1 on provisional pole at the conclusion of practice before qualifying in sixth position.

The Endurance World Championship (EWC) regular charged through for third in the opening encounter on Saturday, returning on Sunday to complete the outing in P5.

“Bit of a mixed bag for the first round of the ARRC,” said Parkes. “Happy to come away second in the championship and a podium. Expectations were higher but we will fix a few things and come back stronger for round two in Australia. Thanks Yamaha and team.”

Positioned second in the standings, Parkes will make his next ARRC appearance at The Bend Motorsport Park in South Australia, scheduled for 25-18 April and set to run in conjunction with round three of the Motul Pirelli Australian Superbike Championship (ASBK).