Maxima BMW team of Allerton to focus on ASBK throughout 2019 season. 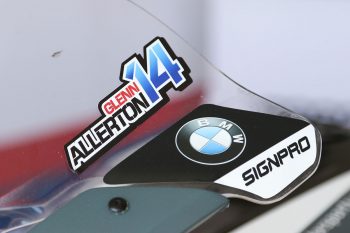 The planned entry of Next Gen Motorsports into the 2019 Asia Road Racing Championship (ARRC) has been halted, with a lack of funding being cited as the reason despite an encouraging test in Thailand during the pre-season.

Next Gen Motorsports was aiming to enter triple Australian champion Glenn Allerton in the high-profile ARRC series this year, but will instead focus on the Australian Superbike Championship (ASBK) as Maxima BMW.

“We were able to get some great test results under the hot and humid conditions and we were confident that we could run at the front of the field,” explained team manager Wayne Hepburn. “Unfortunately, due to latter developments, we haven’t been able to secure the funds to enable us to compete at the level we want and are known for.”

Allerton recorded the fifth-fastest lap in the official ARRC test late last year at Chang International Circuit, his 1m36.713s just 0.710s from the top of the charts on debut aboard the ASB1000 Dunlop control tyre. That experience left Hepburn impressed with the professionalism of the Asian championship.

“The level of professionalism we saw from the promoter and teams was first class,” he added. “We know this is going to be a world-class championship category and will be working throughout this year to be on the ARRC grid for 2020. My apologies to all involved, I know you tried to make it work but this year was not to be.”

The ARRC series will make its second appearance in Australia alongside the ASBK championship round at The Bend Motorsports Park in South Australia between 26-28 April. It’s uncertain at this point whether any top-level domestic regulars will pull double-duty across the ARRC and ASBK categories next month.