Racer comments from New South Wales' second round of the year.

A selection of riders detail their day at Wakefield Park’s second round of the 2019 Motul Pirelli Australian Superbike Championship (ASBK). Team and privateer competitors can submit comments to [email protected] by Monday afternoon following events for inclusion in the post-event Quotebook feature. 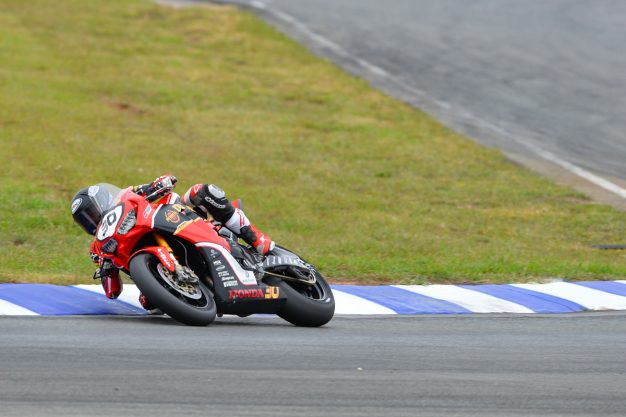 Cru Halliday (Yamaha Racing Team) – Second overall:
I’m really happy with how the weekend went and that we are leaving here with the championship lead. Getting P1 was awesome as this track can be hard to get a good feel on but the team did a great job of getting the bike just right. I rode a bit tight in the first race and didn’t flow and link up the track as I wanted and as a result, I struggled for speed. But, I was happy that I was able to rebound late in the race and make a couple of passes to salvage a good result. The second race and I was more relaxed and able to flow better. Troy was pushing the pace in front and we were all working hard to stay with him, but I was determined to stick on him and see if I could maybe pull another late race move but it was stopped with seven laps to go. Overall, I’m pumped with how the season has started and the effort everyone at YRT have put in. The team is working really well together at the moment and I really enjoy coming to the races with these guys.

Daniel Falzon (Yamaha Racing Team) – Fifth overall:
The weekend was positive in many ways and in the right direction after round one. I need to get a better qualifying position so I can be up the front from the get go, and that is something I will work on before the next round. I think if I can get track position early in the race, the results will improve, and I can get on the podium. That’s the goal for the next round and being in my home state in South Australia, I really want to be at my best and make a big charge up the championship table. I was on the podium there last year and it would be amazing to win there at the next round.

Mike Jones (DesmoSport Ducati) – Fourth overall:
I’m feeling pretty good after the weekend, sitting third in a really competitive Superbike field. I felt we had the pace to win, but starting from P4 meant I needed really strong starts to be in the mix and it didn’t happen, in the first race especially. Looking back, though, I’m racing guys who are established in their program, and I first rode Troy’s bike two weeks ago, with the mindset of helping the team set up the bike for him, so it’s a pretty good result. When Troy Herfoss, after winning both races, jokingly tells you to get on the plane to Spain and don’t come back, I must be doing something right! A huge thank you to the team for the opportunity this weekend. It was great to be back on the DesmoSport Ducati.

Troy Herfoss (Penrite Honda Racing) – First overall:
Today was so, so much fun. The new qualifying format this weekend with Q2 being really short made it quite intense and I really enjoyed it doing a PB lap of 57.1s for third on the grid. I knew it was going to be a tough two races, but I knew I was the only one who had done a long-run on the race tyre. It was a really solid pace at the start of race one, but thankfully I was able to make a few passes throughout race and pulled a bit of gap towards the end. I’m sorry to see a rider go down in race two and see the race stopped halfway, but for me it was so much fun to get out front, get a hole-shot and put my head down.

Mark Chiodo (Penrite Honda Racing) – 13th overall:
It was good to make it through with no crashes and two results. They weren’t two results I wanted at all and not what I thought I would get this weekend, but it was good to finish both races. Now we’re heading to some tracks that I like more than this one, so hopefully we can get some results there.

Bryan Staring (Kawasaki BCperformance) – Seventh overall:
It was definitely a challenge this weekend. I had a seventh and an eighth, but the conversation at the end of the weekend was that I’m actually closer to the front of the championship than what I was before the start of the round. Although we’re particularly disappointed with our results here, overall we’re in a better position than this time last year and a better position than coming into the weekend. That’s okay, it was a tough round and knew it was going to be a difficult circuit for us, but we scored decent points in both races.

Glenn Allerton (Maxima BMW) – 12th overall:
I had one rider on my right and one on my left and we made contact. As a result I think it did something to the quickshifter. This meant I was having problems changing gears throughout the whole race. It’s been a pretty hard day at the office to be honest. I’m frustrated because I know I can do better than what I have done today. It definitely wasn’t our weekend. It started off with Ted having a big crash on Friday. Everyone worked super hard to get him back on the track, which is a huge credit to the Next Gen Motorsports team. As everyone knows motorcycle racing can sometimes be a really cruel sport. However, the team and I will keep our chins up and work towards the next round at The Bend Motorsports Park in April.

Ted Collins (Maxima BMW) – 16th overall:
Firstly I would just like to once again thank my Maxima BMW team. They worked so incredibly hard on Friday evening and early Saturday morning. They did everything they could to get me the best bike possible, which I’m ever so grateful for. Hopefully this round can be put down as our worst round of the season and move onto The Bend Motorsport Park where we can have a fresh start and go from there. We’ll just have to work hard as a team and I believe we will be fine. Obviously between now and then I have got a lot of things in my body which I have to sort out. I’ll get on top of that. That’s my job and the Maxima BMW team will do everything they can to fix the BMW S 1000RR’s. We’ll be fine.

Matt Walters (Kawasaki Connection) – Eighth overall:
It was a really promising weekend for us. We started off a little bit slowly, but we soon made some improvements to the bike heading into qualifying and got stronger from there. To qualify eighth and finish in that same position overall was a satisfying result. Qualifying was actually a lot of fun and I had a really good couple of sessions. Putting in a fast lap has been a weak point of mine, but this format was enjoyable and it was nice to get through Q1 even though I used another tyre when we didn’t want to. We had to use it to get through, but the tyre still had some life in it for Q2 luckily. We made some more changes to the chassis after qualifying to try and get some more grip out of the bike, but it deteriorated quite badly toward the end of race one and I lost a few positions. I made some places back up before the end though, which was good and I finished strongly. For race two we made further adjustments and I got a much better start, well-clear of the traffic and I hung onto the lead group for as long as I could. It was nice to be there and we definitely learned a lot about the new Ninja ZX-10RR, so we’re pointed in the right direction as we head to The Bend. 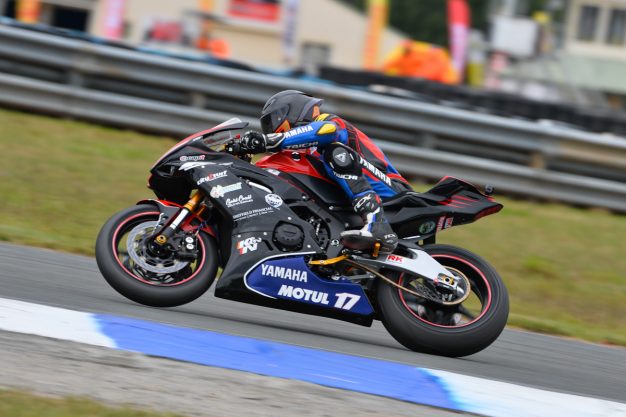 Tom Toparis (Landbridge Yamaha) – First overall:
What a weekend it has been. To come out of the weekend after topping every session and with maximum points was exactly what the team and I were hoping to do. It’s awesome to do it at Wakefield, as I have never got the clean sweep here. It’s a weekend which I won’t forget for a long time. I have to thank all the supporters for coming out this weekend as its unreal to win in front of a large crowd.

Broc Pearson (Yamaha) – Second overall:
I’m very happy with how the weekend and the races have gone. It’s been a really good weekend and the team, and I have worked hard for it. Obviously, Tom is still winning, so we still have work to do, but in saying that, we have edged the gap closer to him. It’s good that he has to look over his shoulders and sees that we are there.