YART emerges with EWC victory at 8 Hours of Slovakia

Australians Parkes and Hook on the podium at round three. 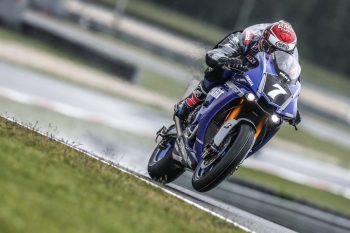 After an epic eight-hour battle filled with drama, Yamaha Austria Racing Team emerged the winners at the Slovakia Ring for round three of the 2018/2019 FIM Endurance World Championship (EWC), finishing ahead of Suzuki Endurance Racing Team and F.C.C. TSR Honda France.

The Austrian Yamaha squad has won the 8 Hours of Slovakia for the second year in a row, with Australian Broc Parkes and teammates Marvin Fritz and Niccolo Canepa failing to lose the lead in the encounter.

After battling Honda Endurance Racing and F.C.C. TSR Honda France from the start of the race, they ended up sole leader, a lap ahead of points leader Suzuki Endurance Racing Team. In the saddle of the Suzuki number two, Vincent Philippe, Etienne Masson and Gregg Black offered their team manager Dominique Meliand another podium after a perfectly executed race.

On the F.C.C. TSR Honda France bike, Australian Josh Hook, Freddy Foray and Mike Di Meglio climbed back up at lightning speed to take the third step of the podium. The Japanese Honda squad – the reigning champions – had slid to the bottom of the rankings, three laps behind the leader, after a brake problem in the early part of the race.

Di Meglio’s determination saw them leaping up the timesheets, and after posting the fastest lap early on, he broke the track record with a 2m3.938s lap.

Wepol Racing pipped VRD Igol Pierret Experiences at the post for fourth and fifth respectively. The EWC now heads to Germany for the 8 Hours of Oschersleben, scheduled on 9 June. 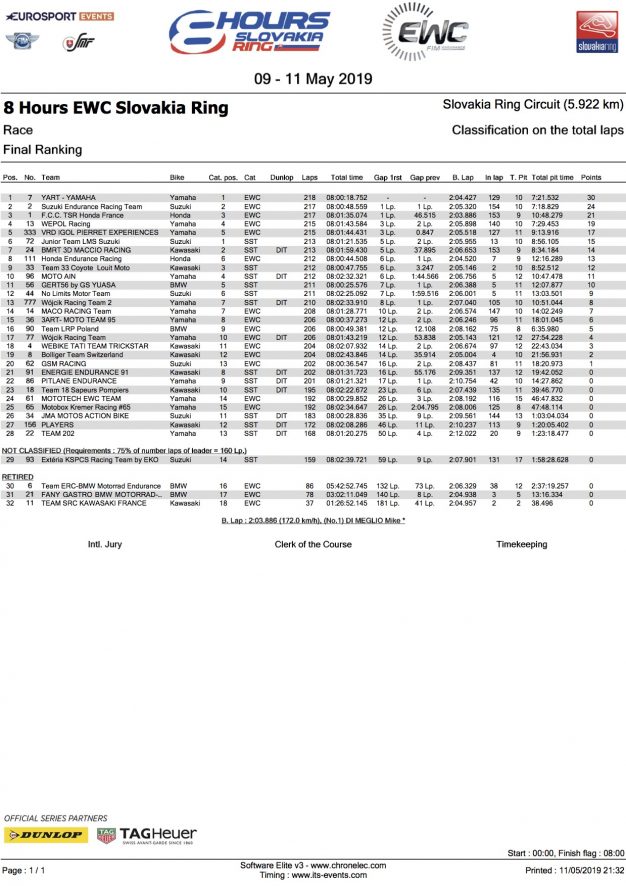