Next Gen Motorsports’ Allerton and Collins ruled out of Morgan Park

Maxima BMW effort to be led by team newcomer Aaron Morris in Queensland. 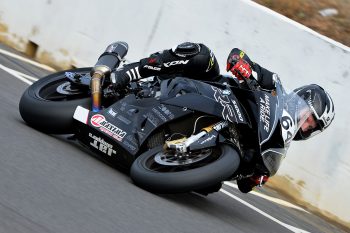 The Next Gen Motorsports organisation will be without team regulars Glenn Allerton and Ted Collins at Morgan Park’s fourth round of the 2019 Motul Pirelli Australian Superbike Championship (ASBK), instead set to field Aaron Morris aboard a lone Maxima BMW.

After attempting to test in Queensland this week, Allerton is understood to have declared himself unfit due to wrist and leg injuries sustained at The Bend, while a statement from Next Gen also indicates that Collins isn’t able to compete.

“Both Glenn and Ted gave it their all [at the test], but I could see they were not ready to deliver what they and Next Gen Motorsports consider acceptable and safe,” explained team manager Wayne Hepburn.

“Obviously it’s understandable that Glenn and Ted were devastated. However, being the professionals that they are, they both agreed with my decision to have them miss this round making sure they are strong enough for round five at Winton at the start of September.”

Morris, 27, has impressed the Next Gen Motorsports team in recent testing aboard the S 1000 RR as he makes his return to the ASBK’s premier class. The Morgan Park weekend will be contested over 5-7 July at the Warwick-based venue in Queensland.