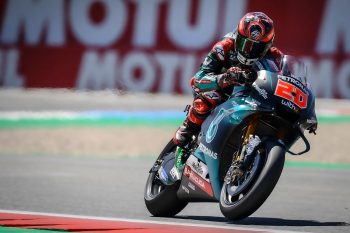 Quartararo’s flying 1m32.017s saw him end Q2 with a 0.140s advantage over Maverick Vinales (Monster Energy Yamaha MotoGP) as the pattern of the two taking it in turns at the top continued.

In third was Alex Rins (Team Suzuki Ecstar) as he blasted from Q1 to the front row. Rins held the advantage first as the Suzuki man started Q2 on provisional pole, but on the second runs Vinales had something to say about it.

Keeping it together to perfection and able to pull out nearly a tenth and a half by the time he crossed the line, the Frenchman made some more history and celebrated so hard that it made his airbag go off in his suit!

Reigning champion Marc Marquez (Repsol Honda) starts fourth and misses out on the front row for the first time this season as, alongside him, rookie Joan Mir (Team Suzuki Ecstar) put in an impressive effort to take a best-yet fifth, with Cal Crutchlow (LCR Honda Castrol) completing the second row.

Danilo Petrucci (Ducati Team) was the top Ducati in qualifying and heads up an incredibly tight third row, with Takaaki Nakagami (LCR Honda Idemitsu) in P8 and Franco Morbidelli (Petronas Yamaha SRT) locking it out in ninth. The three men are covered by just 0.032s.

Former Assen winner Jack Miller (Pramac Racing) completes the top 10 and he was also just hundredths adrift, with Andrea Dovizioso (Ducati Team) a few further tenths off the Australian in P11. Pol Espargaro (Red Bull KTM Factory Racing) was the final man in Q2 in P12, not far off the Italian ahead of him.

Before pole was decided, it was that Q1 that would prove crucial for one big name – Valentino Rossi (Monster Energy Yamaha MotoGP). In that Q1, he eventually finished fourth and will, therefore, start from P14.

It was Vierge who looked like he would be the man to beat in Q2 after the Spaniard was able to half a second clear of the pack with a storming time, but Binder hit back to continue the upturn for KTM. But then Gardner, the man who sat nearly six tenths clear of the rest in FP3, started to find his rhythm.

The Australian’s first attempt was 0.016s faster than the South African, but he managed to pull a bit more margin out on his second run to secure the first Australian intermediate class pole since Casey Stoner did it in the 250cc class at Phillip Island in 2005.

In Moto3, Niccolo Antonelli (SIC58 Squadra Corse) brought the run of different pole-sitters in the opening rounds of the season to an end, with the Italian setting a new record of 1m41.232s to head the grid over Kaito Toba (Honda Team Asia) and Mugello winner Tony Arbolino (VNE Snipers). 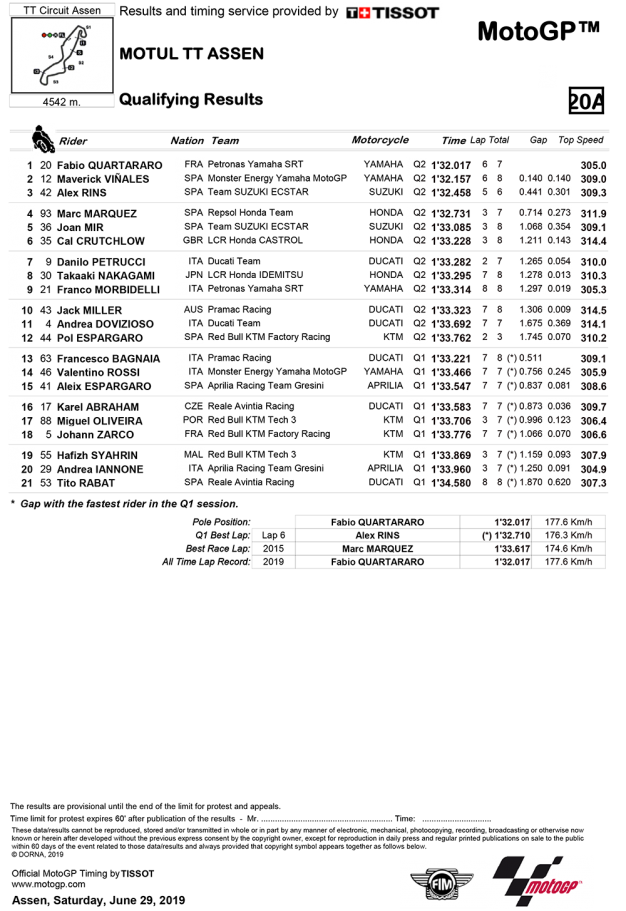 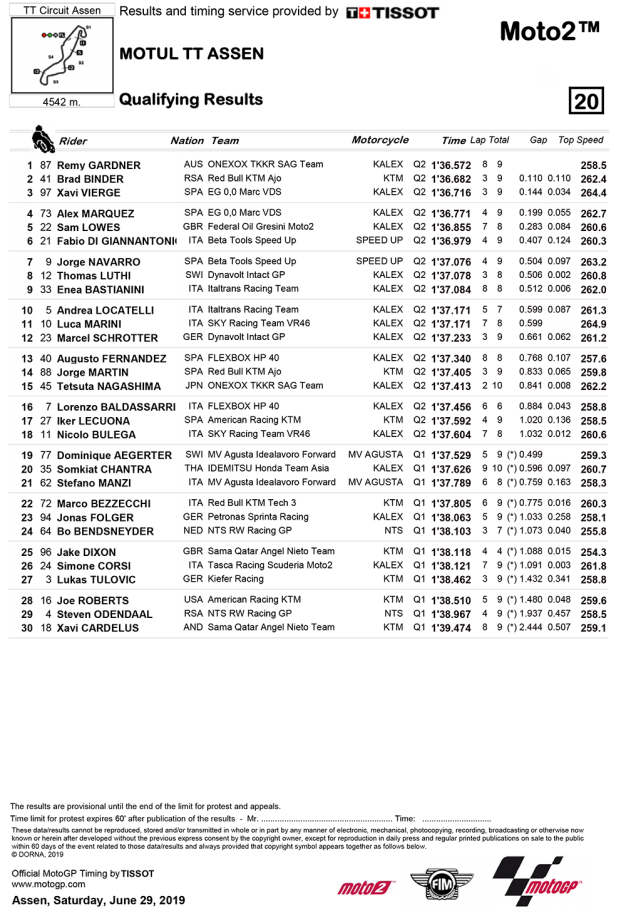 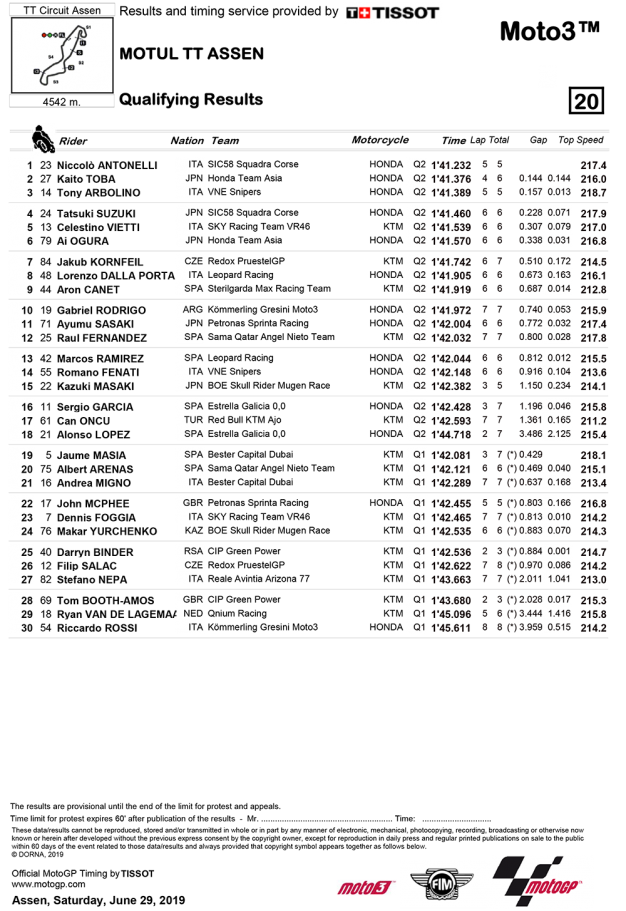