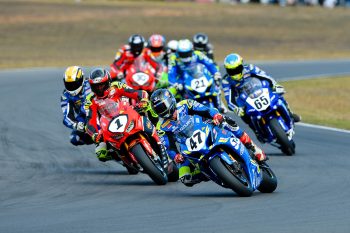 Maxwell didn’t put a wheel wrong on his GSX-R1000R to edge out number one plate-holder Troy Herfoss (Penrite Honda Racing) in a nail-biting 16 laps of the Kawasaki Superbikes.

Much of the attention was on DesmoSport Ducati’s race one winner Mike Jones after he ran off the circuit while leading on lap one, ultimately clawing his way back to a gritty third-place result from the rear of the field.

But while Maxwell and Herfoss were battling out front, Jones was quickly climbing the order and posted the fastest lap of 1m12.737s. He would make it all the way to P3, however, it was Maxwell who crossed the line 0.375s ahead of Herfoss.

Maxwell picked up his first overall of 2019 from Jones and Herfoss, while in the championship it’s Jones a single point ahead of Halliday, followed by Staring in third. Herfoss, Maxwell and Waters remain in contention – the six riders split by just 27 markers following four of seven rounds. 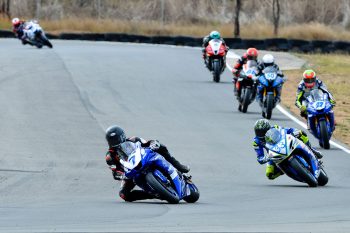 Race two of the Motorsports TV Supersport category saw title favourite Tom Toparis (Yamaha) cruise to his second win in as many attempts for today, 3.087s ahead of the chasing pack.

Toparis made his way to the front on lap three when he moved by Reid Battye (Suzuki) and that’s where he would stay, victorious ahead of Callum Spriggs (Yamaha) on return and Oli Bayliss (Yamaha), who held Broc Pearson (Yamaha) at bay.

Toparis stood on the top step of the rostrum ahead of Spriggs and Pearson. In the standings, Toparis is a full 60 points ahead of Liminton, with rookie wonder Bayliss looming in third place.

The final YMI Supersport 300 race of the weekend was once again dominated by Senna Agius (Kawasaki) aboard his Ninja 400, riding away to an unstoppable 4.952s victory.

Behind him was where much of the action took place, however, eventually with Max Stauffer (Yamaha) finishing second and Harrison Voight (Yamaha) third, fending off Harry Khouri (Yamaha) and Hunter Ford (Yamaha) inside the top five.

Overall it was Agius who took the round with all three wins from second-placed Stauffer, who continues to lead the championship standings, with Ford rounding out the podium.

Race three of the YMF R3 Cup was taken out by Ford from Khouri and Levy – separated by 0.072s – as Levy took the overall from points-leader John Lytras and Ford.

The bLU cRU Oceania Junior Cup wrapped up with Jacob Roulstone winning by 0.018s over Angus Grenfell and championship leader Carter Thompson. Roulstone won the round ahead of Grenfell and Glenn Nelson. 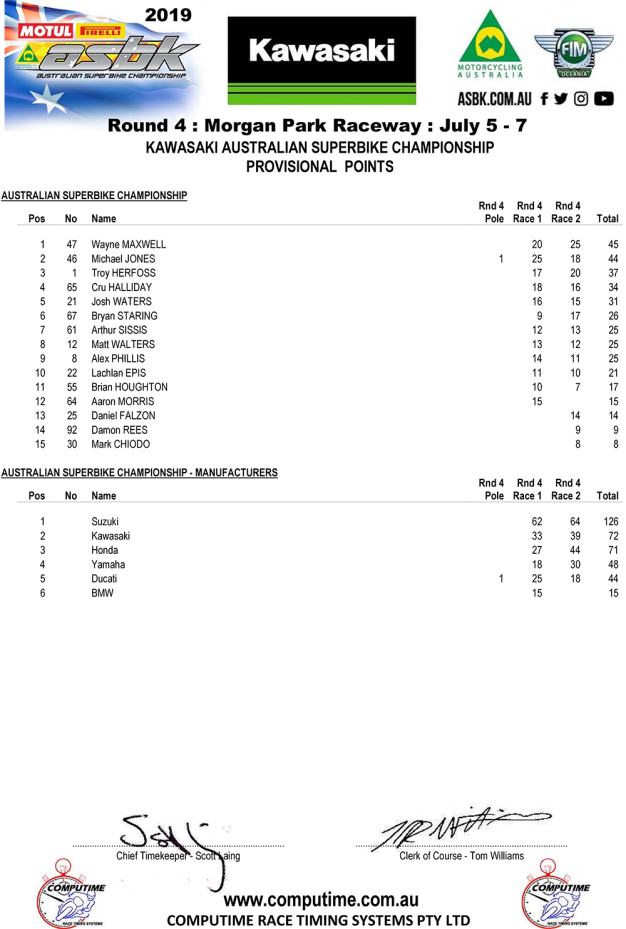 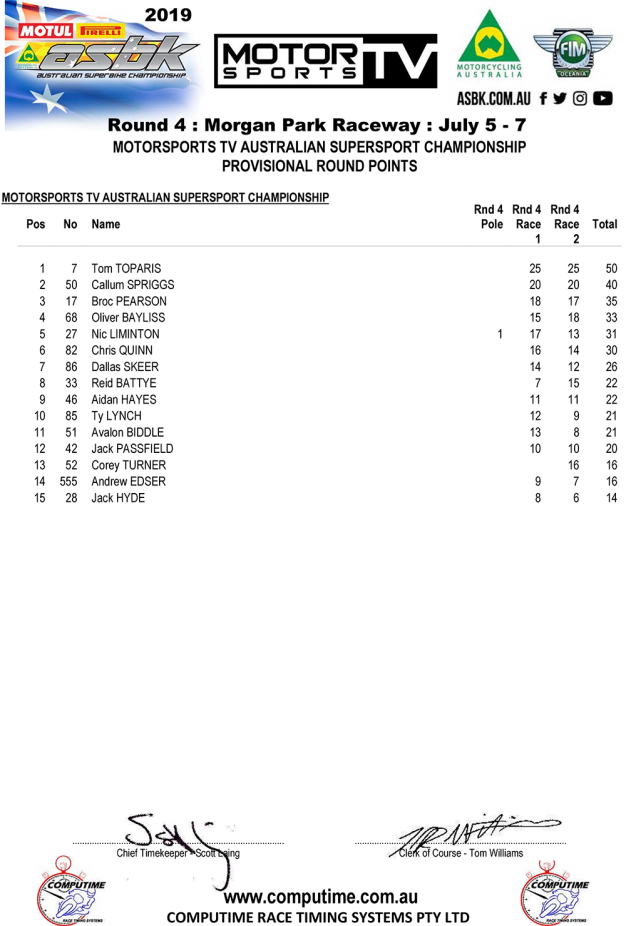 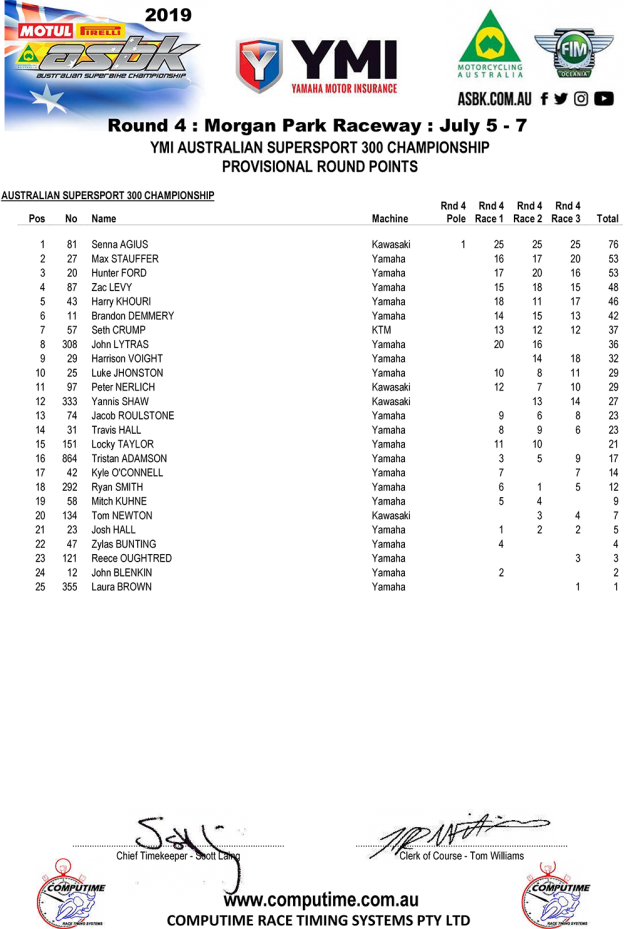 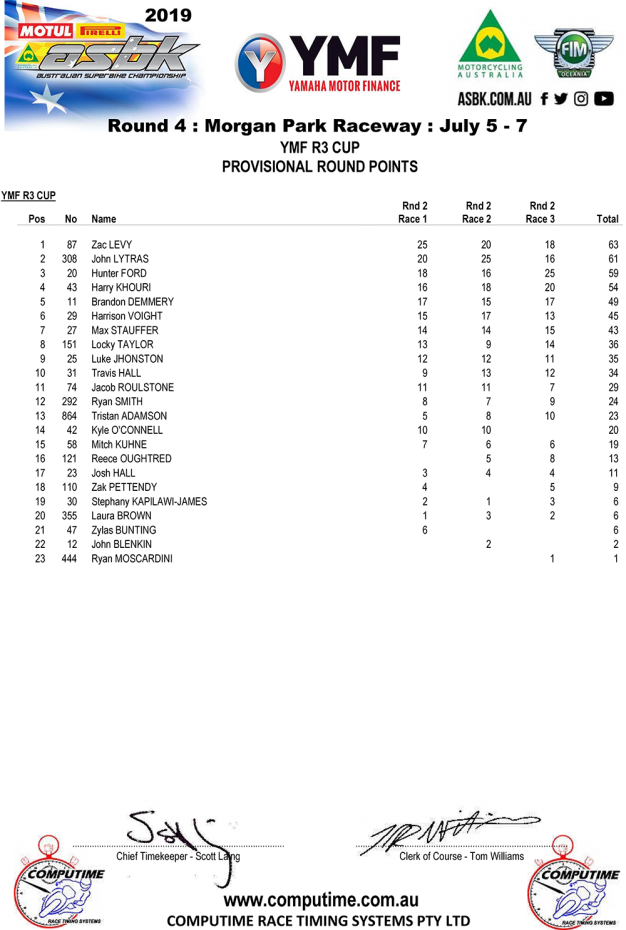 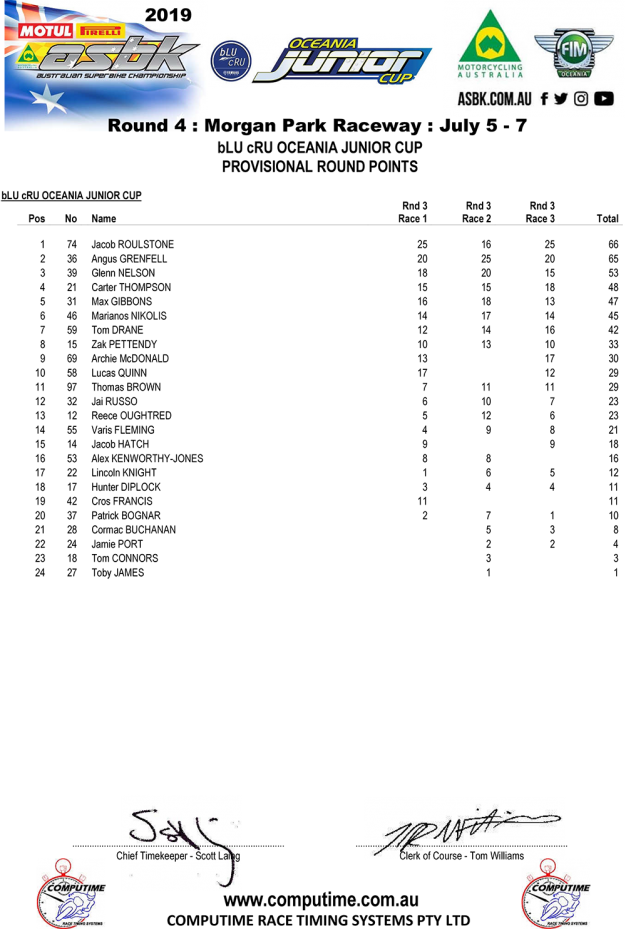 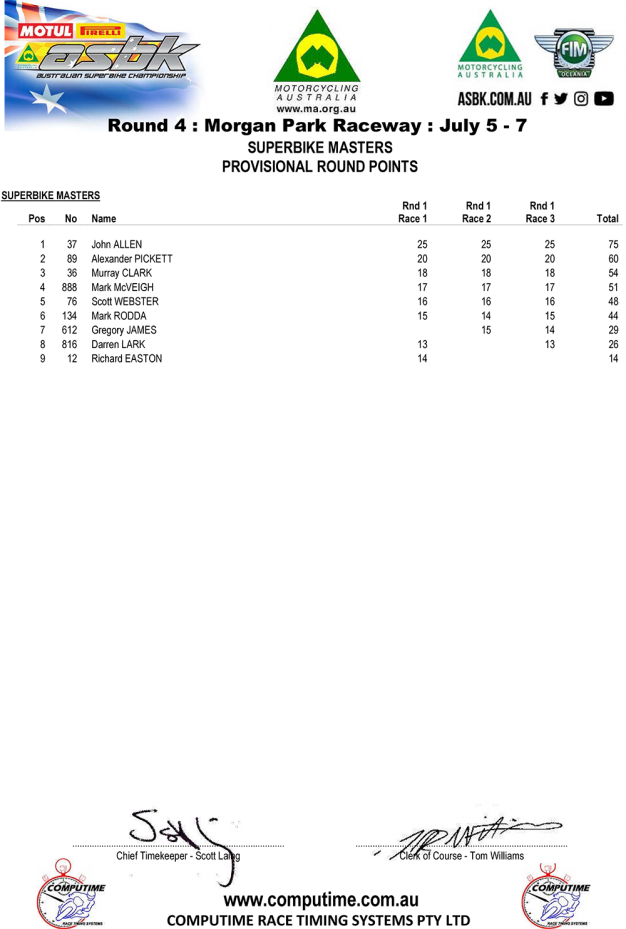