Fifth on the grid for Australia's Miller in German MotoGP affair. 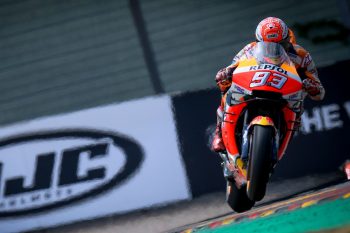 Repsol Honda’s Marc Marquez made it 10 pole positions in a row at the Grand Prix of Germany on Saturday, continuing his dominant run as the ‘king of Sachsenring’.

Marquez escaped the clutches of rookie sensation Fabio Quartararo (Petronas Yamaha SRT) by two tenths with a record lap of 1m20.195s and is on course to challenge for a 10th win in a row at the circuit.

Quartararo was once again a key challenger despite a big wobble in FP3 that partially dislocated the Frechman’s shoulder, with Maverick Viñales (Monster Energy Yamaha MotoGP) completing the front row and missing out on second by just 0.006s.

The drama started early as Q1 saw Valentino Rossi (Monster Energy Yamaha MotoGP) lead Takaaki Nakagami (LCR Honda Idemitsu) into Q2 to fight for the top 12, and that had some serious consequences for championship challenger Andrea Dovizioso (Ducati Team) as he was knocked out by just a few thousandths. He’ll face a fight back on Sunday from P13.

By far the leading Ducati rider in qualifying, Jack Miller (Pramac Racing) had a great session to launch from P5, he’ll sit next to the brave Cal Crutchlow (LCR Honda Castrol) – the Briton qualifies sixth for the German GP despite suffering a torn ACL and a small fracture to the top of his tibia ahead of this weekend.

Petronas Yamaha SRT’s Franco Morbidelli leads row three ahead of Pol Espargaro (Red Bull KTM Factory Racing) and the duo will line up with Joan Mir (Team Suzuki Ecstar) alongside them. Nakagami qualified P10, with the Japanese rider beating fellow Q1 graduate Rossi by 0.033s to turn the tables on ‘The Doctor’ in Q2.

The Moto3 field will be led away by Ayumu Sasaki (Petronas Sprinta Racing) after posting a 1m26.135s, taking the honour from compatriot Kaito Toba (Honda Team Asia) by just 0.057s at the Sachsenring. Marcos Ramirez (Leopard Racing) completes the front row. 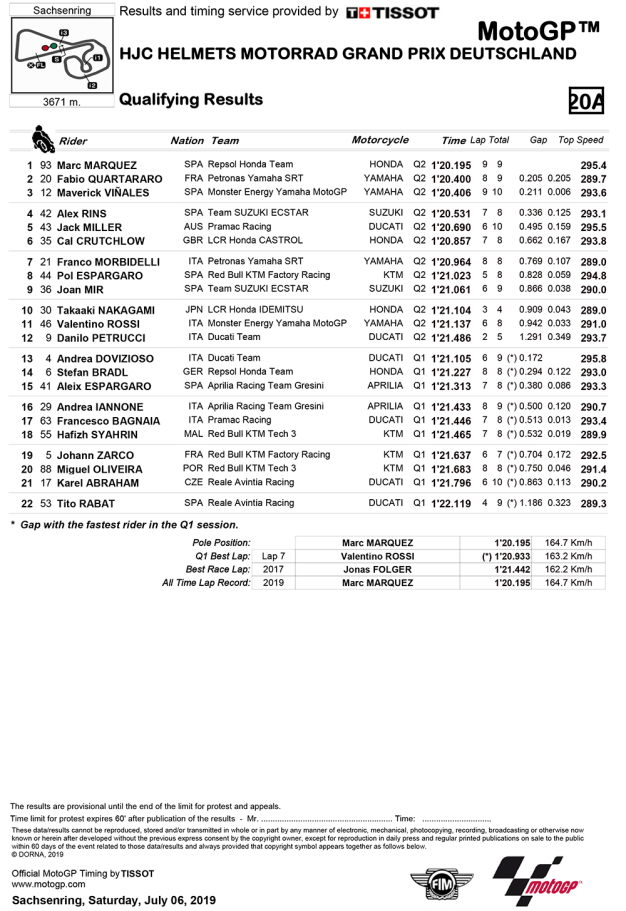 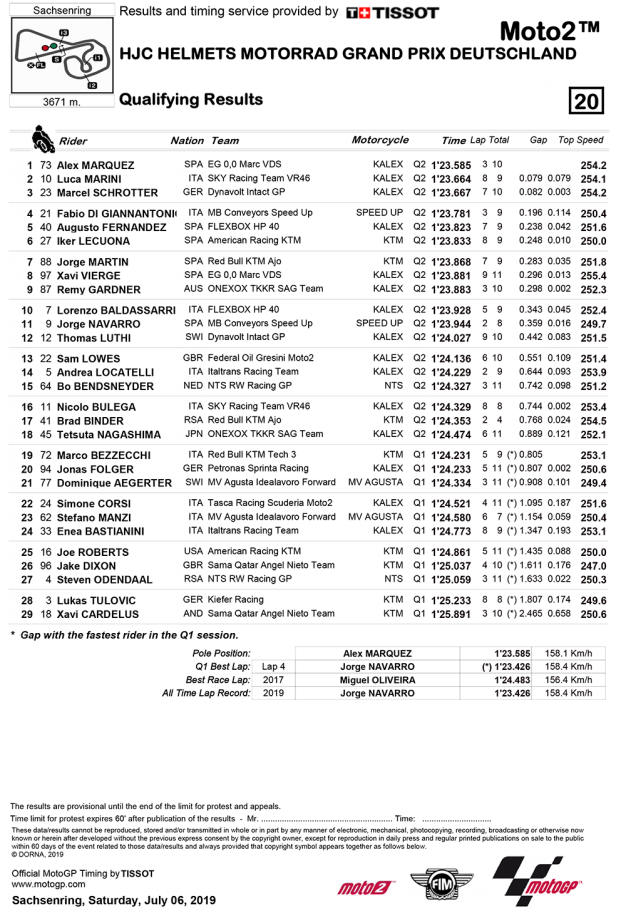 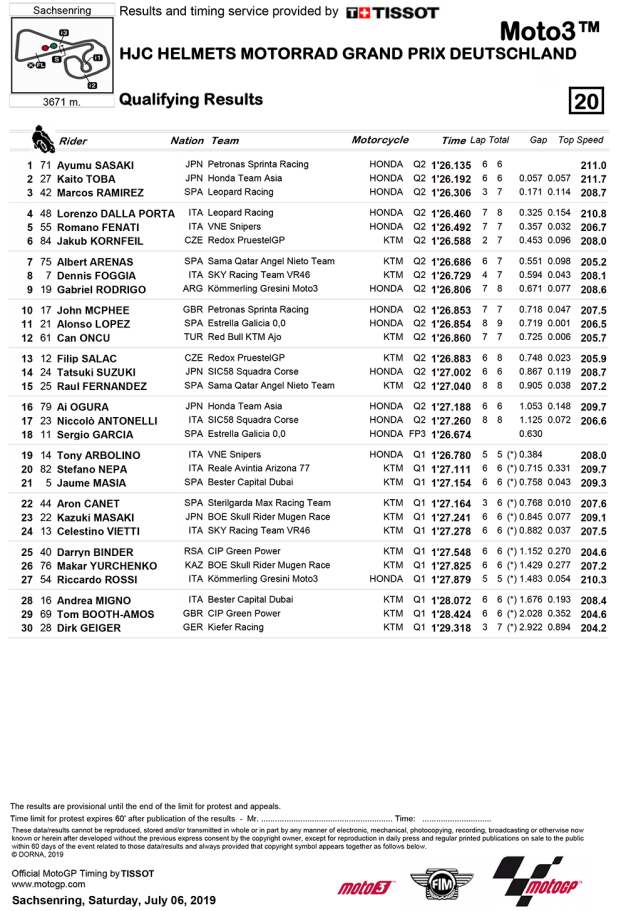 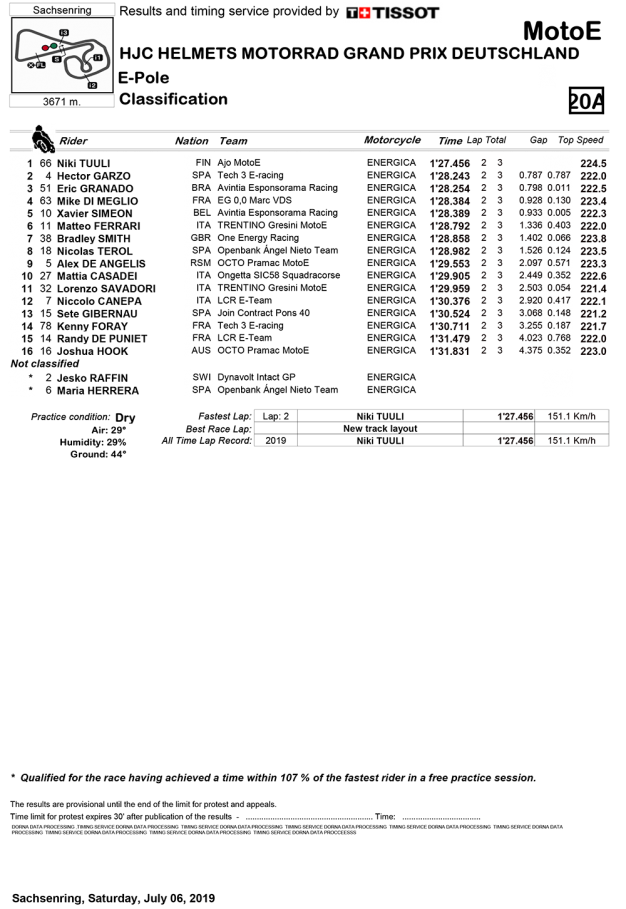