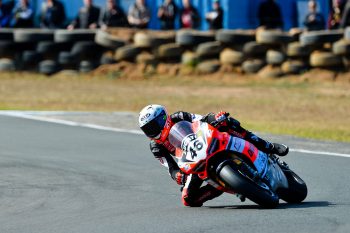 DesmoSport Ducati’s Mike Jones was victorious in race one of the 2019 Motul Pirelli Australian Superbike Championship (ASBK) at Morgan Park, closing to within one point of the series lead.

In a race that saw previous title-leader Bryan Staring (Kawasaki BCperformance) crash in the closing laps, Jones was masterful at the front of the Kawasaki Superbike pack.

Jones crossed the line following 16 laps with a 2.164s advantage over Wayne Maxwell (Team Suzuki Ecstar), who rebounded from being sixth at the end of the opening lap. Third place was enough for Cru Halliday (Yamaha Racing Team) to return to the top of the championship tables.

Staring remounted to salvage a bag of points in 12th place, while disappointment came for South Australian Daniel Falzon (Yamaha Racing Team) after he crashed out of fourth on lap three. 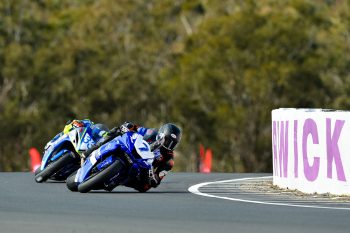 In Motorsports TV Supersport race one this morning there was no denying runaway points-leader Tom Toparis (Yamaha) the victory, extending his advantage in what was a drama-filled 14 laps.

Toparis won by 7.443s ahead of Queensland pair Callum Spriggs (Yamaha) and Broc Pearson (Yamaha), in a race that saw early leader Reid Battye (Suzuki) crash out and pole-setter Nic Liminton (Yamaha) also make an error – each in second at the time.

Race two of the YMI Supersport 300 class saw Senna Agius (Kawasaki) take his second victory of the weekend by 1.374s, leading Hunter Ford (Yamaha) and Zac Levy (Yamaha) across the line. It was Max Stauffer (Yamaha) and John Lytras (Yamaha) in fourth and fifth.

The YMF R3 Cup race this morning was another incredibly tight battle with Lytras edging Levy by only 0.012s and Harry Khouri a further tenth behind. Winning the bLU cRU Oceania Junior Cup by over five seconds was Angus Grenfell, topping Glenn Nelson and Max Gibbons. 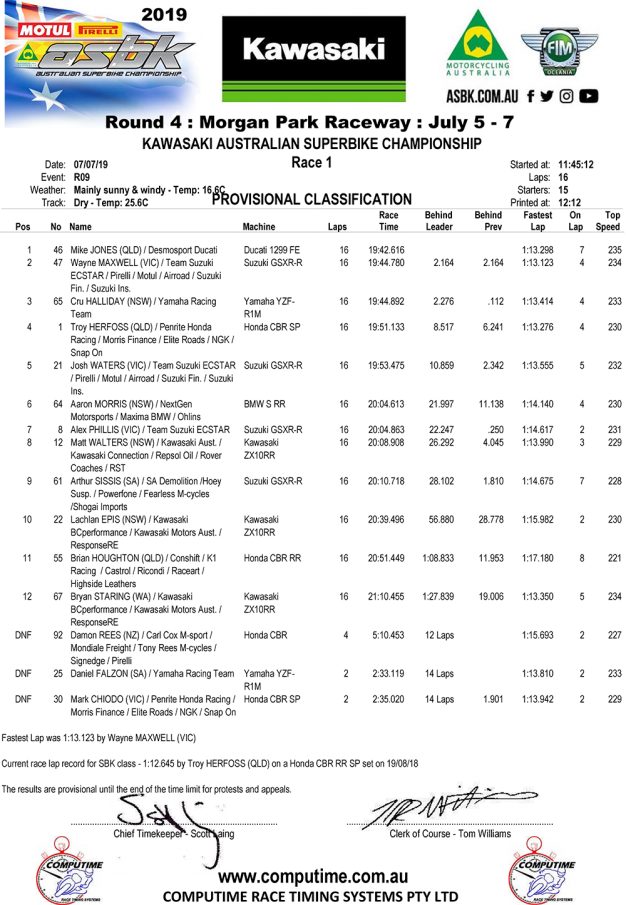 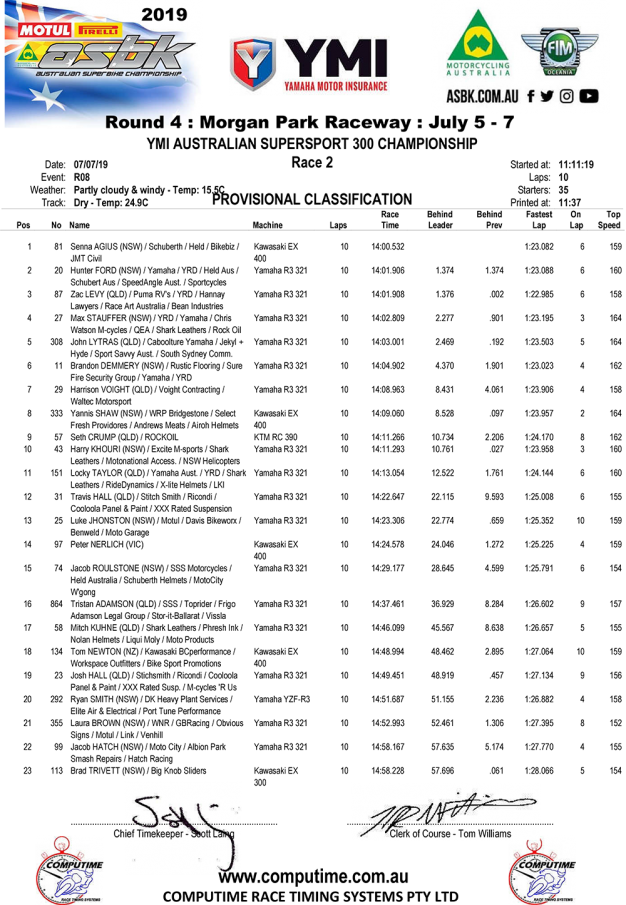 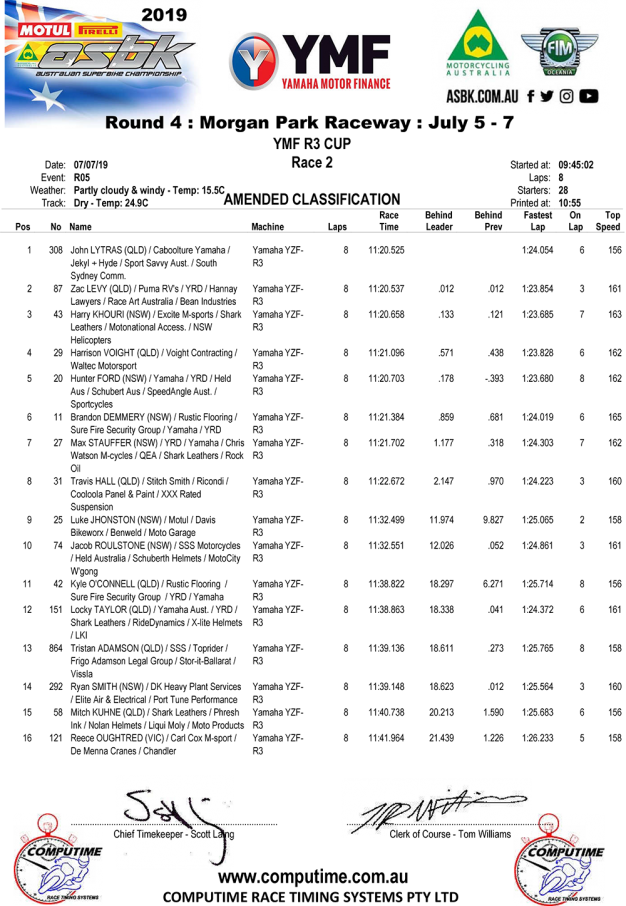 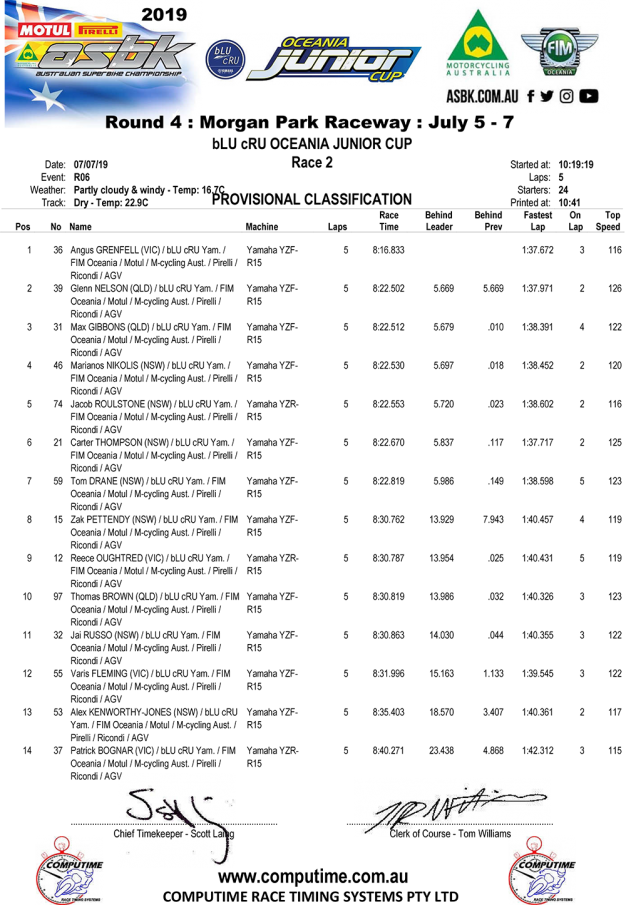