Racer comments from Queensland's fourth round of the year.

A selection of riders detail their weekend at Morgan Park’s fourth round of the 2019 Motul Pirelli Australian Superbike Championship (ASBK). Team and privateer competitors can submit comments to [email protected] by Monday afternoon following events for inclusion in the post-event Quotebook feature. 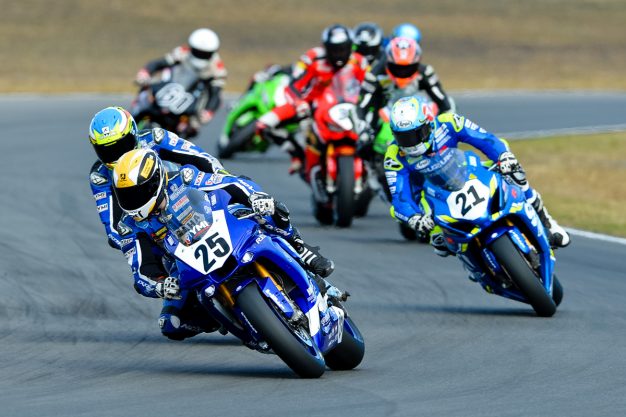 Cru Halliday (Yamaha Racing Team) – Fourth overall:
Overall, it was a reasonable weekend although my goal for every round is to finish on the podium and I wasn’t able to do that this weekend, so I’m a little disappointed in that. But, the positives to take from it are that we are right in the hunt for the championship and the next couple of tracks coming up are to my liking. The team has the bike in great shape and I feel confident on every track we go to but there always that bit extra belief on tracks where I have had success before. With the points being so tight at the top, I need to make the most of these coming rounds. Take the race wins when they present themselves and keep racking up the top three results when a win is out of reach. It is the race strategy that has worked for me this year, so I will keep working away at it as there are still plenty of laps left on this championship.

Daniel Falzon (Yamaha Racing Team) – 13th overall:
This wasn’t the day I was after and I’m really disappointed with my results today. It’s not what I was expecting and not where I belong. I can’t change it now, but what I can do is make sure it doesn’t happen again and I need to redeem myself at the next round. And, that’s what I’m going to do,

Troy Herfoss (Penrite Honda Racing) – Third overall:
It was a really good finish to the weekend, that second race. This was the hardest weekend I’d had in a long time, so I’m just so happy to close the gap to the championship leader down to 15 points. We’ve come out of here mistake-free, put it on the podium and are in a good position leading into Winton. I’m happy with where we’re at for the moment and we will keep working hard to get back on the top step.

Mark Chiodo (Penrite Honda Racing) – 15th overall:
We had a small crash on Friday, which put us on the back-foot for Saturday and then today was about getting through the first race to see where we were at. But I had a crash on the third lap of race one, so that was disappointing, and race two was a bit frustrating as well. We will now look ahead to Winton.

Bryan Staring (Kawasaki BCperformance) – Sixth overall:
It was such a contrasting weekend, because I’m disappointed that I crashed in that first race, but the good thing was that I didn’t damage the bike and managed to salvage five points. I was really in the zone in race one and got a sniff of the podium, so I was pushing for it! Race two was brilliant, actually. Following the crash earlier, I unfortunately had some dirt in the switch and couldn’t activate my launch control, so that put me way back off the start. I fought my way through from there and was again in the mix for a podium – fourth was good and we were really strong this weekend.

Lachlan Epis (Kawasaki BCperformance) – 10th overall:
This weekend was quite difficult overall, even though the results were okay in the end. I just didn’t get as comfortable as I would’ve liked to and didn’t have the pace that I had in testing. The team worked really hard, the Ninja ZX-10RR and Dunlop tyres were great though, so we’ll come back stronger for Winton.

Aaron Morris (Maxima BMW) – 12th overall:
Apart from the crash, I was feeling really good out on track. I’m just disappointed that I was unable to deliver the team and sponsors another good result like what we did in race one. That’s racing sometimes. You have to take the good with the bad. Overall, it was a good weekend. I’m very happy with the times and results which I was able to do and that is a huge credit to Wayne Hepburn, Shane Kinderis, and George Allerton for their help and support over the weekend. On top of that, massive thanks to both Glenn [Allerton] and Ted [Collins] for their assistance as well. I know it would have been hard watching but appreciate their support.

Mike Jones (DesmoSport Ducati) – Second overall:
I’m in the championship lead with second overall for the weekend, and I’m really happy with how I rode. I can’t thank Ben [Henry], Paul [Free] and Troy [Bayliss] enough for giving me a great bike to race, but I’d be lying if I didn’t say I was frustrated by not taking the overall win this weekend. In the second race, I hit the bump at turn six as I was on the brake and it sent me off the track, and basically to last place. I worked hard to move from fourteenth to third. I managed to make my way past some fast racers in the process, so I walk away from Morgan Park with even more confidence, but I can’t help but think the win should’ve been mine. But that’s racing.

Matt Walters (Kawasaki Connection) – Eighth overall:
I was probably hoping for a little bit more in terms of the result. Since we had done a fair bit of testing at Morgan Park, I was confident we could get a better finish, but it didn’t come this weekend. We managed to get some good points though and stayed in the hunt, so I was able to make up some positions in the championship and that was good for us. Now we’ll move on to Winton and look to finish strongly! I’m definitely happy with the way it all went here though and I’m still going into the final few rounds full of confidence. We’ve been around eighth and ninth for a while now, so it would be nice to try and move up because my goal is to get into the top five. I feel that’s where we should be, so I will training really hard over the next few months. I’ll have to look into some arm-pump issues that I hadn’t had for a few years. It was a bit strange, because it was just in one arm and I didn’t have it in testing – it only came during the races. I’ll be looking into that. 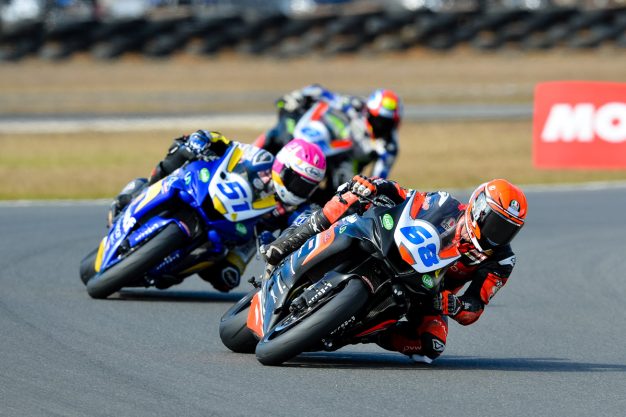 Oli Bayliss (Cube Racing) – Fourth overall:
What a race day. I was feeling really good on the bike and, even though I qualified in fifth, I was sure I would be able to race towards the front. If it wasn’t for another rider coming together with me in turn one, I would’ve been. In race two, I was consistent and worked on relaxing – not pushing too hard – and it paid off, giving me third in the race and fourth overall.

Avalon Biddle (Cube Racing) – 11th overall:
It’s not the result I expected out of the weekend and it doesn’t reflect the hard work and progress we made, to be honest. I didn’t feel 100 percent comfortable this weekend and it showed in my lap times and race results. I know that I can race farther ahead in the field, but it wasn’t to be this weekend. I’ll head back to New Zealand now to regroup, analyse the weekend and look to come out stronger in Winton.